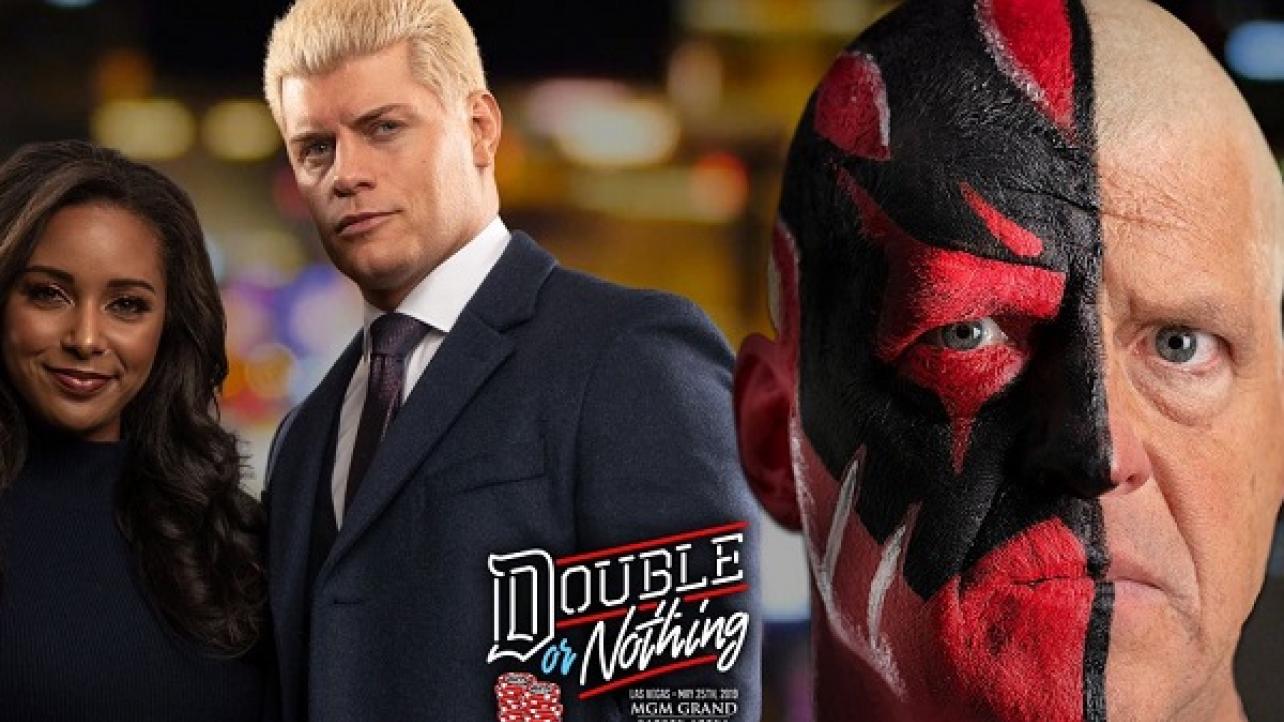 Cody Rhodes vs. Dustin Rhodes Announced For AEW: Double Or Nothing 2019 PPV

As promised, Cody Rhodes’ opponent for the upcoming All Elite Wrestling (AEW) Double Or Nothing 2019 pay-per-view was announced on Saturday.

Facing Cody Rhodes on May 25th in Las Vegas, Nevada at the AEW PPV event at the MGM Grand will be Dustin Rhodes, a.k.a. Goldust.

The announcement was made in a special bonus episode of The Road To Double Or Nothing, which dropped on Saturday evening.

In the episode of the countdown-style preview series leading up to the 5/25 PPV, wrestling legend Dustin Rhodes reveals himself to be the opponent for his younger brother, AEW Executive Vice President (E.V.P.) Cody Rhodes. The five-minute video serves as a long promo from the man formerly known as Goldust, who talks about their family legacy, including their upbringing with late WWE Hall Of Famer “The American Dream” Dusty Rhodes and Cody’s new venture as the head of a major pro wrestling business.

Dustin ends the video by claiming, “This is a fight that needs to end. One last ride…or is it?”

Check out the special bonus episode of “The Road To Double Or Nothing” featuring the Cody Rhodes vs. Dustin Rhodes match announcement for the 5/25 PPV below.

Cody Rhodes vs. Dustin Rhodes Announced For AEW: Double Or Nothing 2019 PPV