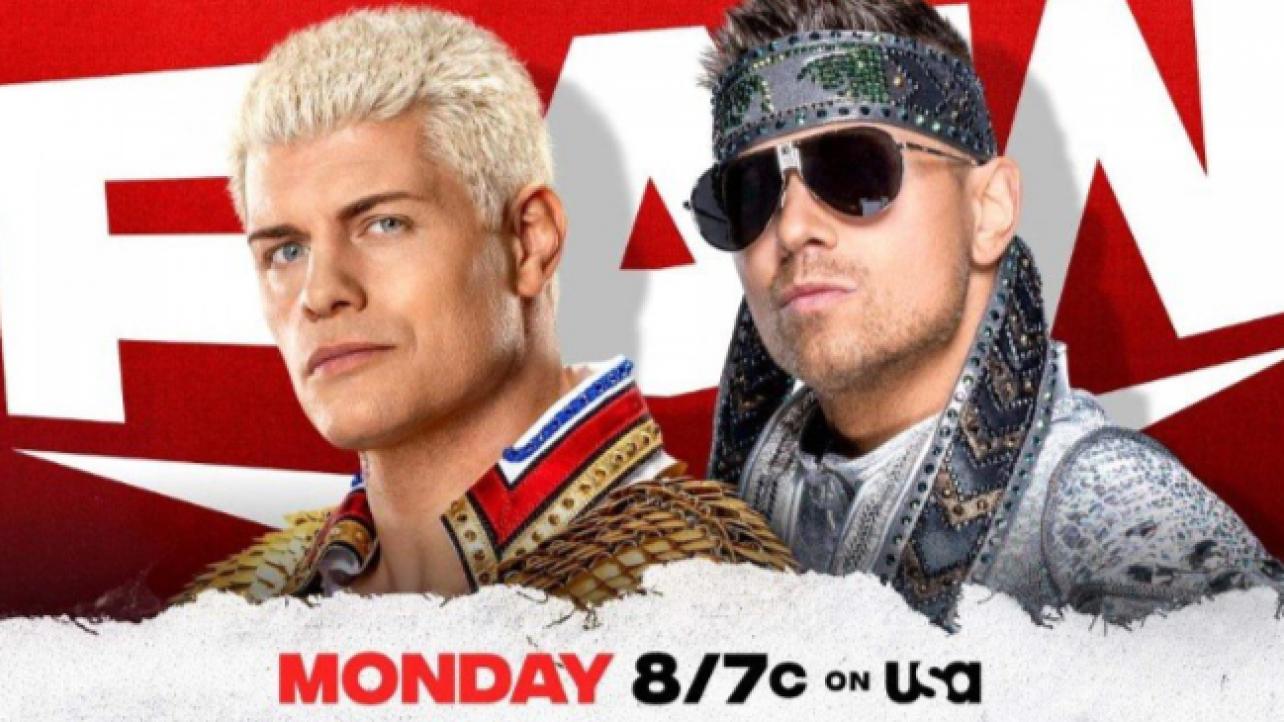 — WWE has announced one match and one segment for Monday’s episode of Raw. Ahead of his upcoming Hell in a Cell match against Seth Rollins, Cody Rhodes will battle The Miz. The two faced off just over a month ago in what was Rhodes’ first match on Raw since returning to WWE.

Before stepping inside Hell in a Cell against @WWERollins at #HIAC, @CodyRhodes goes one-on-one with @mikethemiz this Monday night on #WWERaw!https://t.co/JoOPsXdxrB pic.twitter.com/RILHvMCwoz

— Also announced is a Becky Lynch segment, where she will address her loss to Asuka in what was a #1 contender’s match for the Raw women’s title held by Bianca Belair. Previously announced was Bobby Lashley’s “All Mighty Challenge” for MVP and Omos.

How will @BeckyLynchWWE respond to @WWEAsuka this Monday night on #WWERaw? pic.twitter.com/8258XDVWlA

The All Mighty steps back into the ring with a special challenge for @TheGiantOmos and the double-crossing @The305MVP.

What does @fightbobby have in store for the destructive duo this Monday on #WWERaw?https://t.co/8969GLSaA9 pic.twitter.com/BmJ3D2OifI