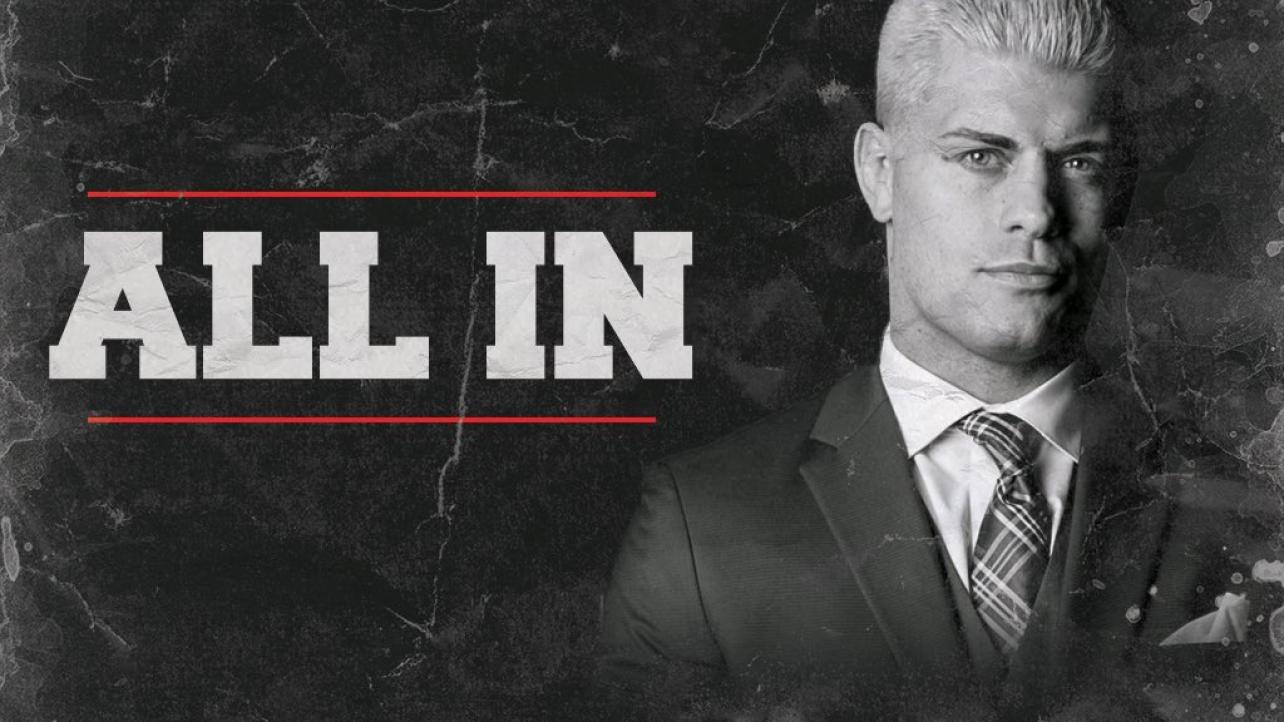 Cody Rhodes & The Young Bucks’ “All In” 10,000-Seat Show Teased For September

Although the location and venue have yet to be announced, Cody Rhodes and The Young Bucks apparently have things lined up for their “All In” 10,000-seat show.

The origins for the “All In” concept began when veteran wrestling journalist Dave Meltzer of The Wrestling Observer Newsletter tweeted back in May that Ring Of Honor (ROH) could not sell out a 10,000-seat arena any time soon.

Cody would go on to take that as a challenge and back in November, it was revealed that he and The Young Bucks were planning to self-finance the show.

Check out the latest tease for the “All In” event below.

Cody Rhodes & The Young Bucks’ “All In” 10,000-Seat Show Teased For September