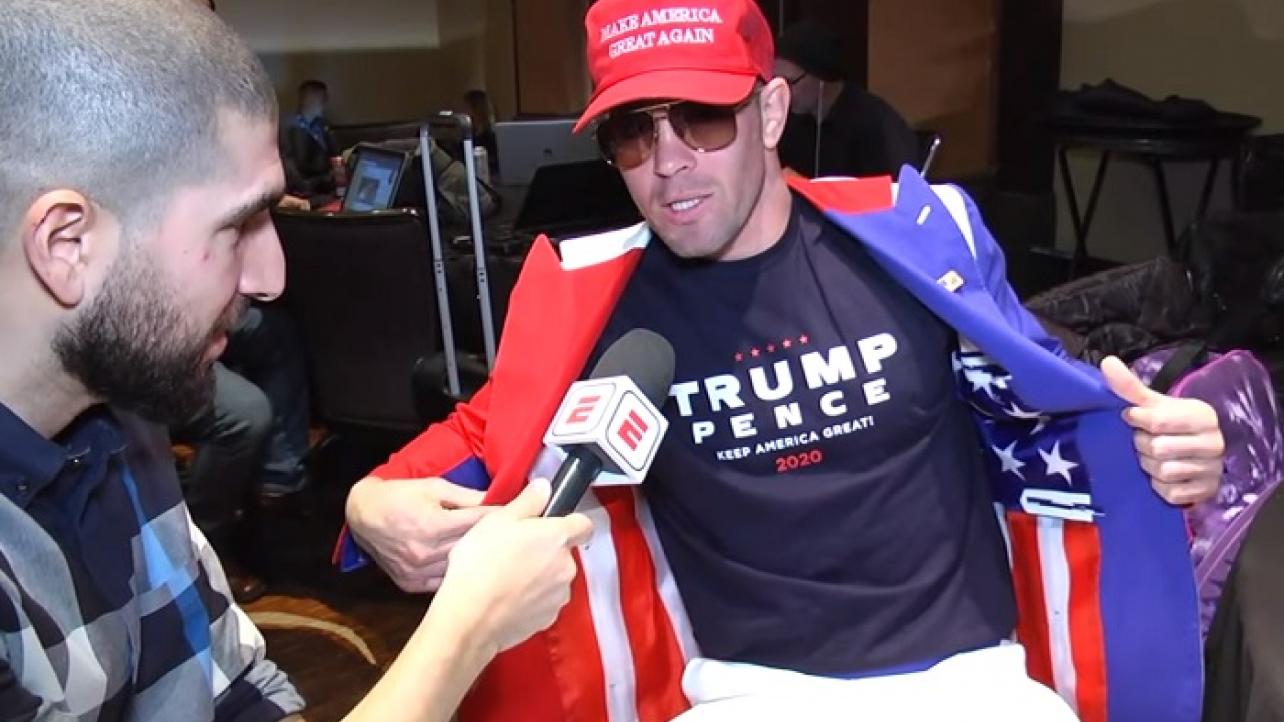 One of few World Championship-level characters and top-ranked fighters in the UFC is teasing leaving the sport of MMA for the sports entertainment world of WWE if he wins his title fight at UFC 245 this Saturday night in Las Vegas, Nevada and the UFC doesn’t immediately “pay-up.”

At the UFC 245 Media Day in Las Vegas on Thursday, former UFC Interim Welterweight Champion Colby “Chaos” Covington was asked by ESPN MMA reporter Ariel Helwani (@ArielHelwani) whether or not he is pleased with his compensation going into the title fight at UFC 245.

“Chaos” Covington was not shy in admitting that he is not at all pleased with his level of pay heading into this Saturday night’s PPV, where he headlines as one of three World Championship bouts on one of the most stacked cards from top-to-bottom in recent memory.

The no. 2 contender in UFC’s official rankings revealed his hand, telling Helwani that he will leave the Octagon for the squared circle if he wins his UFC Welterweight Championship bout against current title-holder Kamaru Usman this Saturday night at the UFC 245: Usman vs. Covington pay-per-view and UFC brass doesn’t subsequently pay him what he feels he deserves.

“And if they don’t pay up after this fight, you’ll probably see me in WWE,” Covington claimed.

“This is it, man. I’m putting my foot down. I’m willing to retire on Saturday night after I win and go to WWE forever and leave this stupid, corrupt business behind.”

“There’s not an offer on the table currently, but I guarantee after this weekend there’s gonna be some offers.”

UFC 245: Usman vs. Covington takes place this Saturday, December 14, 2019 from the T-Mobile Arena in Las Vegas, Nevada, airing LIVE via pay-per-view. For more information on how to order UFC 245 this Saturday night on ESPN+ PPV, visit Plus.ESPN.com/UFC.