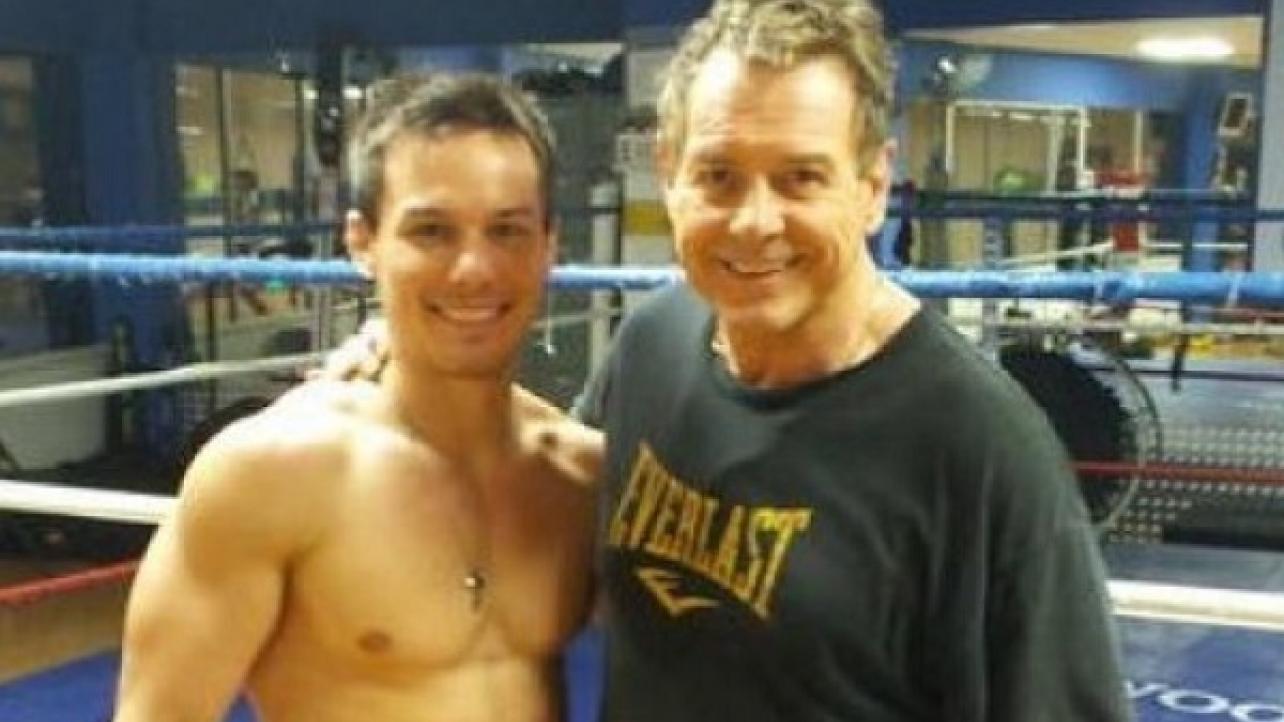 Colt Toombs, son of late WWE Hall Of Famer “Rowdy” Roddy Piper, recently appeared as a guest on the Pancakes & Powerslams podcast for an in-depth interview. Featured below are some of the highlights.

On whether Ronda Rousey contacted him regarding wearing Roddy Piper’s jacket at the Royal Rumble: “WWE contacted me. They basically called me and asked if I could bring the jacket and if I could come along with it. Then, when we got there we figured out all that was going on. I didn’t really know what was going to happen when I got there but it was real easy to me because Ronda Rousey is such an incredible human being, so when we had the opportunity we figured out what we were going to do and it went perfect because she is just phenomenal, and that jacket is sacred to our family to it was a really big deal to us.”

On whether or not they asked him to bring the jacket without informing him what was going to happen: “WWE is the master of secrets. All I knew going in with the jackets that we were going to do something with Ronda Rousey, that was all I knew. Growing up in the business, you can kind of figure out what they are looking for in between the lines so it wasn’t a total surprise, but I mean, I didn’t know exactly what was happening.”

On whether or not he had to keep it a secret when knowing it would deal with Ronda Rousey: “Yes, absolutely. It was a big secret. I couldn’t tell nobody.”

On going backstage at the Rumble: “I grew up in that locker room because a lot of them I stay in contact with so it was definitely good. I mean, I have been traveling with them my whole life, but within the last few years I wasn’t able to go there so it was really nice to get to go back there and say hi and just to be part of it again brought back great memories of Dad [Roddy Piper].”

On Ronda Rousey being criticized by pro wrestling fans: “It is really easy to criticize ‘arm-chair Quarterback’ style. Put yourself in her shoes. She just had an amazing career in the UFC, doing movies now, and now she is coming to WWE where they ask her to be part of WrestleMania. Is she going to say no and start at the bottom and work her way up? Not many human beings are going to do that. She has put so much work in. Usually they put guys in NXT and build them up because they need to build their names and develop their characters, that is what they do. Fortunately she already has all that including adding fans from the UFC who weren’t watching WWE, so she already has that star power so she doesn’t need the build up. The only way I can see it as a problem is whether or not she has been training. It is really hard to not have a lot of matches and hone your craft and what works and doesn’t. That is the only flaw that I see, but she is an incredible athlete and really does put 100% in everything she does. I believe she will kill it and totally be phenomenal.”

On his brief cameo appearance in WCW: “It was incredible. I was such a young guy back then. I grew up in that locker room with all these giants. I mean, I have Uncle Ric [Flair], Uncle Sergeant Slaughter, all these guys that are giant human beings in my life. When I came out there with Dad and he gave me the jacket and belt, it was such a big thing. No matter how scary something is, when you are out there with Dad you always feel safe, he will always take care of you, always will back you up. He always took such good care of me. It was really cool. I also remember the Backlot Brawl with Goldust. After that match was done I was in Gorilla position, Goldust gave me the suit that Dad tore off of him. Fast forward 23 years, I was able to wrestle with Goldust in Lancaster, which was a pretty fun thing.”

On what made him decide to pursue MMA instead of pro wrestling: “Basically, back in Oregon, I trained with a guy named Matt ‘The Law’ Lindland, who owned Team Quest. I was about 16 years old, my Dad took me there and having me train in Martial Arts my whole life. He wanted me to take it to the next level. I was literally training from 6am-4pm all day. Then a guy named Ryan Schultz asked me if I wanted to do a fight in about a week. I kind of fell into it and loved it. I was in MMA and doing good. Then Dad took me to a pro wrestling match, which was in Portland Wrestling Uncut, which was in Oregon. Like typical Dad fashion, I was given 24 hours notice before my first match. Now, I have known the business and that stuff, but I hadn’t wrestled at that point. He gave me a 10 minute, in a 24-hour fitness training area, with a 10-minute training session just threw me in there. That was what he always did, just to challenge us, but he knew that I could handle it. After that first match I fell in love with it and boom, started wrestling like crazy.”

Check out the complete interview with Colt Toombs at BlogTalkRadio.com.