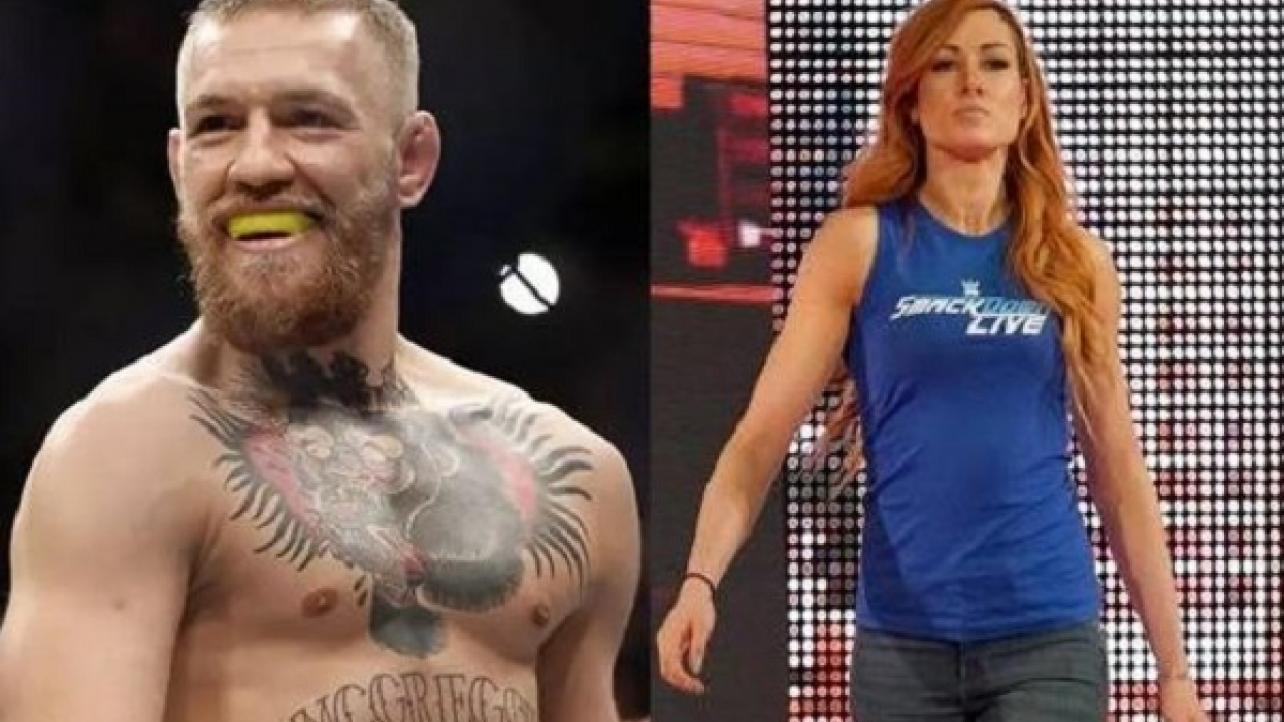 It looks like a UFC mega-star has Becky Lynch’s back.

“The Notorious” Conor McGregor, a former UFC double-champion who also famously boxed Floyd Mayweather Jr. in his professional debut, took to social media to offer his support of “The Man” this week.

Lynch responded to an article on Twitter regarding her “channeling her inner-McGregor” in WWE as of late. Check out the Twitter exchange that followed between the two afterwards below.

The Man channels no one. @TheNotoriousMMA & me are bonded as Irish brother & sister. But if I ever got within 2 miles of him I’d break that bond, and his arm, in three short seconds. I’d be too tempting; he’d completely understand too. Proper12 after.
https://t.co/GNAytrkJ7n

Call me when you need Proper back up.