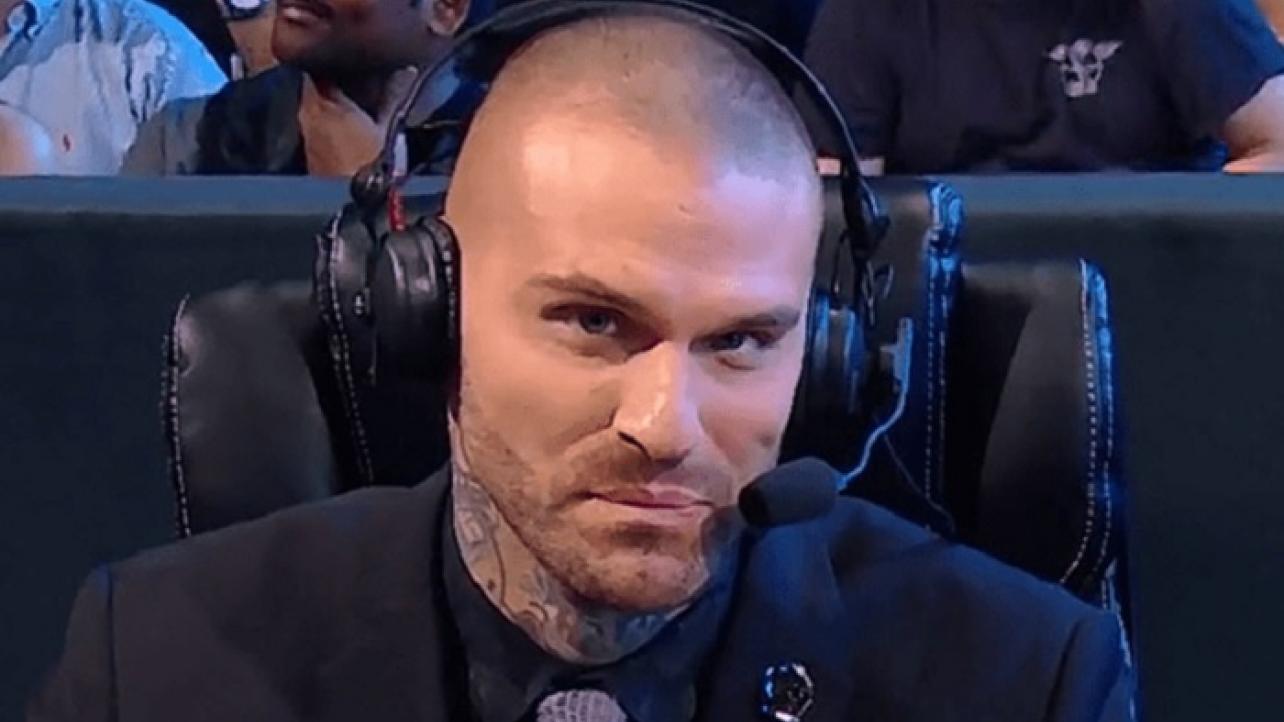 Corey Graves Comments On What WWE Is Doing Right With Revamped NXT 2.0

What is WWE doing right with NXT 2.0?

Corey Graves weighed in with his opinion on this subject on the latest installment of his “After The Bell” podcast.

Featured below is an excerpt from the new episode of the “After The Bell with Corey Graves” podcast where the WWE broadcast team member sounds off with his thoughts on the new NXT 2.0.

To me, what made NXT special in its infancy, in its first go-around, whenever you had your members of The Shield, who were individuals. There were different characters and different superstars with different traits. That’s what I’m noticing a lot of in NXT 2.0 and I really dig it. I hate to use the word gimmick, because in this day and age, that’s not what we want, we don’t want gimmicks, but we need personalities. We need character traits. I’ve seen glimpses of a lot of those just in a short period of two weeks.

It reminds me of a conversation I actually had this past Monday. We were watching what was going on on our TV, and without selling anybody down the river, a dignitary, a higher up in the company, was watching the screen. He leaned into me and said, ‘What is this person missing?’ I watched for a minute, and I said, ‘I don’t know how to sell them.’ The person I was speaking to looked at me and nodded in agreement and said, ‘I was thinking the same thing.’ Ultimately, this is the sports entertainment business. Our job as commentators is to sell characters, to sell storylines. We are salesmen in one way shape or form. Without having a feature on whatever it is that you’re trying to sell, it becomes a much tougher sell. If you’re selling refrigerators, it’s a refrigerator. We have lots of refrigerators. I don’t know one refrigerator from another. But if you can walk into somebody’s house and say, ‘Hey, if you buy this refrigerator, it also does this. It does that.’ It doesn’t matter what you’re selling, you have to have features to be able to sell to a consumer.

When you see a superstar on the screen, no matter how amazingly athletic they can be, or how cool they may look, if you can’t add any depth to that person, then they are just another superstar. I think that’s what NXT got lost in. I don’t mean this from a negative place, but, up until a few weeks ago, there were 30 guys on NXT who are unbelievable wrestlers, who are sports entertainers, but tell me without ever seeing them for myself, what makes ‘X’ superstar different from ‘Y’ superstar. You have to differentiate yourself and stand out. It makes our jobs much easier because now you have tangible qualities to say, ‘Oh, this person is this way because of this. Their mentality is such that they want this’, and it all fits. It’s all a giant package. That’s what I think NXT 2.0 has done a great job of in two weeks is at least creating interest going, oh, here’s this guy, and just by looking at them, or seeing a 30 second vignette, you have an idea of who they are.

You may not know exactly all the details. You don’t know what makes them tick. Psychologically, you can’t analyze them, but you have a jumping off point. I think that is of the utmost importance. When you look at all the greats throughout WWE history and sports entertainment, you can generally categorize them. Stone Cold Steve Austin is the bionic redneck. He’s a redneck. He’s a hillbilly that likes to drink beer and doesn’t like authority. Ok, great. I can do a lot with that. Triple H, even back to when Triple H was the Greenwich blueblood, he was better than everybody. He thought that he was this cultural elite and he was above everybody. Then obviously the character grows, adapts, and evolves, and you put more clay on the mold, it grows and becomes more and more of a work of art. I think NXT 2.0 has done a great job in two short weeks of at least establishing several really strong, jumping off points for future talent to build from.

To use a car analogy, every superstar has four wheels, doors, and a windshield. Everybody that has walked through that door knows how to perform in the ring. Some people are going to gravitate more toward aerial athletes and guys that do cool moves. That’s totally fine if that’s your flavor of ice cream. If you love that, more power to you. Some people love strong characters. Notice throughout WWE history, the biggest stars were more about personality, charisma, and emotion. Hogan, Rock, Austin, Cena. They may not be master technicians in the ring, but they have something about them.

Corey Graves Comments On What WWE Is Doing Right With Revamped NXT 2.0