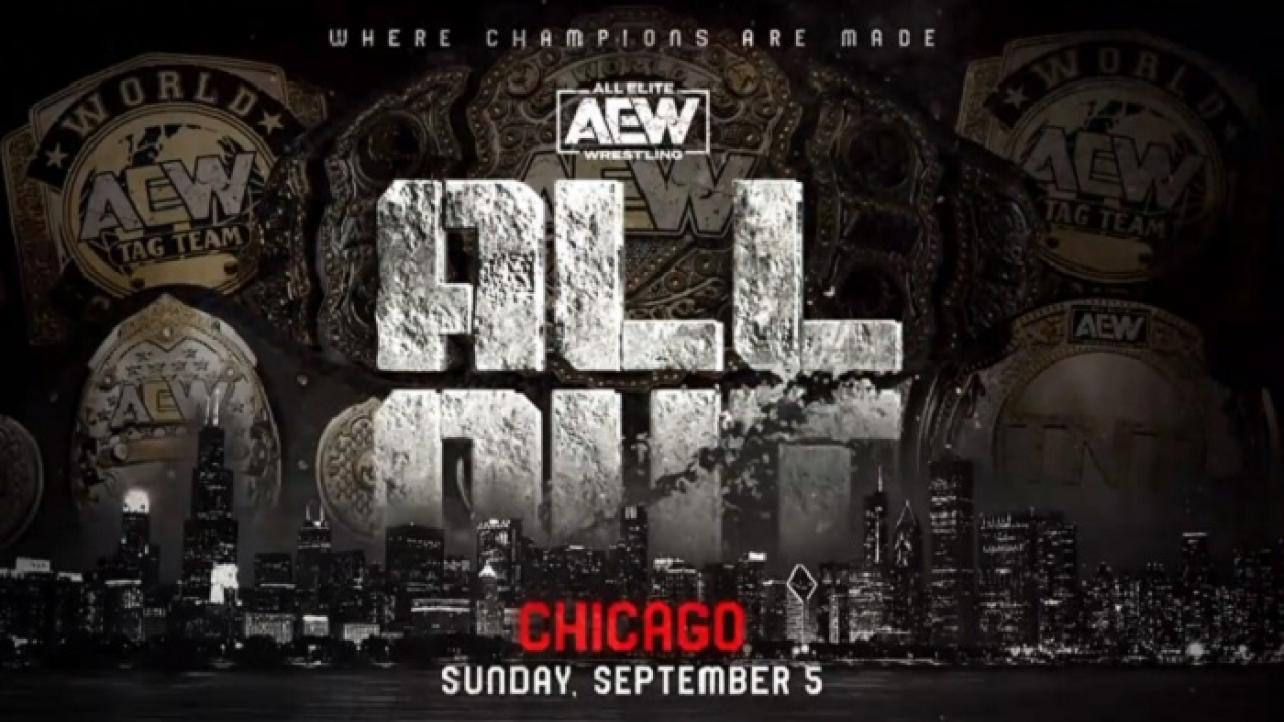 The road to AEW All Out continues to wind down.

On Friday night’s edition of AEW Rampage on TNT, a special video aired to promote the highly-anticipated CM Punk vs. Darby Allin showdown on the card.

At the end of the video it was announced that the “Countdown to AEW All Out” special will premiere on TNT next Friday night to preview the PPV show.

Check out the aforementioned video below.

A collision of epic proportions is coming up at #AEWAllOut on Sept. 5 on PPV. The Best in the World @CMPunk makes his #AEW in-ring debut against @DarbyAllin (w/ @Sting).