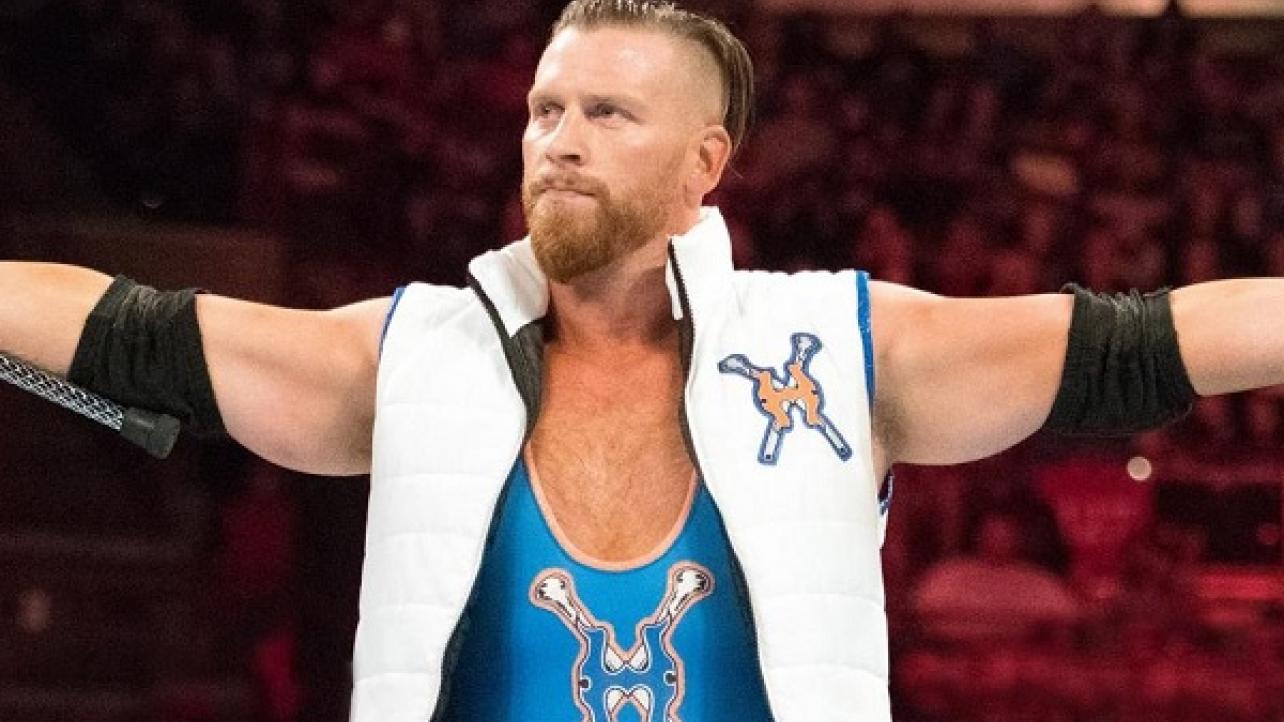 As noted, Curt Hawkins recently appeared as a guest on the Sam Roberts Wrestling Podcast for an in-depth interview. Featured below are some additional highlights from the show where Hawkins talks about his losing streak in WWE at length. His streak sits at 219 consecutive losses as of this writing.

On embracing the losing streak storyline in WWE: “My main priority has always to do the best that I can, or whatever situation that I have been placed in I have always tried to do my best, or whatever match I am in I try to steal the show in regards to what I am allowed to be doing so I was just doing my thing. What really sparked it all was that there was some online article that said that Curt Hawkins just lost his 100th match in a row. I think that, I’m not taking shots at anyone else, but most of my colleagues would be upset at that sort of thing.

“There’s been times since that article where I was having matches; in particular I had a match on Main Event against Heath Slater that I was supposed to win, but I thought, wait, hold it, no, please, no. This could be something. There’s no sense of ending this story on Main Event. Who begs to lose matches? I literally did that though where I said that I can’t win matches, and they were cool about it in the first place where they were telling me that I did a good job and that I am going to win a match. But I was like, no, you don’t understand.”

On keeping track of his losing streak on television and live events: “It’s tough at times because I am doing the live events. I am doing this thing that say I lose to someone at a live event, I would then say that I wasn’t ready. It was BS and I’m not going anywhere until I have another opponent. And then Braun Strowman comes out, so I end up losing like six times a weekend before I get to TV. It’s got to the point rather quickly that I have to put [the streak number] on my Instagram and Twitter profile after every match otherwise I will forget because I don’t remember where it’s at. Another thing that sparks it that I have to end up doing is that when fans meet me now and want my autograph, more times than not they ask me to write where I am at like, how many losses in a row I have had. It’s like 4:30 in the morning and my brain isn’t fully working at the moment, so I have to check on Twitter or Instagram, so it really helps to have that information. I have been racking them up at certain points.”

On the losing streak coming to an end at some point: “It has made a lot more fun to perform because people are more invested in what I am doing. No longer am I going to live events and people just look at me as someone who loses matches. They are more intrigued now, and it is fun as a performer.”

Check out the complete Curt Hawkins interview from the Sam Roberts Wrestling Podcast at Player.fm.