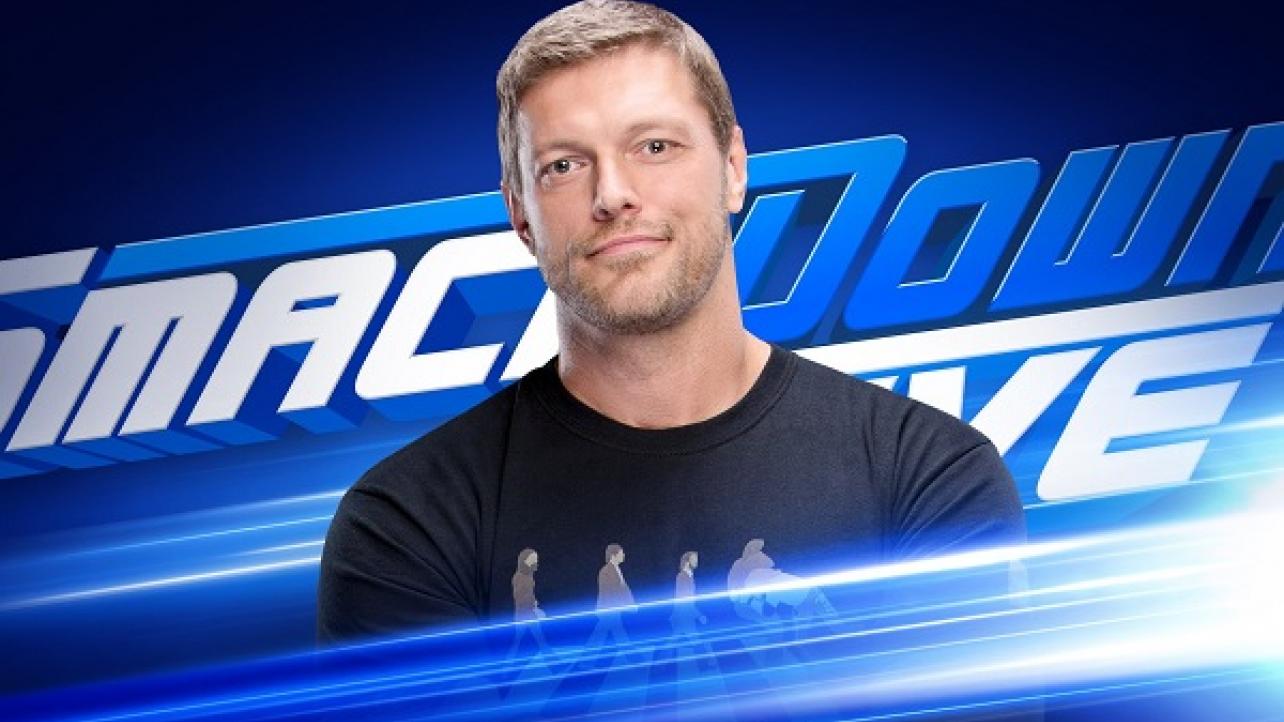 “The Cutting Edge” To Return On SmackDown 1000

Earlier today, WWE.com confirmed that Edge will appearing on next week’s Smackdown 1000 by hosting a special edition of his talk show, “The Cutting Edge.” Edge has been rumored for this show for several weeks, but he went on Twitter to deny it.

The Rated-R Superstar is coming home

Edge is returning to host a special edition of his talk show “The Cutting Edge” next Tuesday as part of SmackDown’s historic 1000th episode.

The WWE Hall of Famer was responsible for many of the blue brand’s greatest moments, whether it was stepping up as one of the SmackDown’s premiere Superstars after the initial brand split in 2002, his unforgettable Money in the Bank cash-in on The Undertaker or running roughshod over SmackDown with General Manager Vickie Guerrero in his corner.

What will he have to say? Find out when “The Cutting Edge” returns during SmackDown 1000, next Tuesday at 8/7 C on USA Network!

“The Cutting Edge” To Return On SmackDown 1000