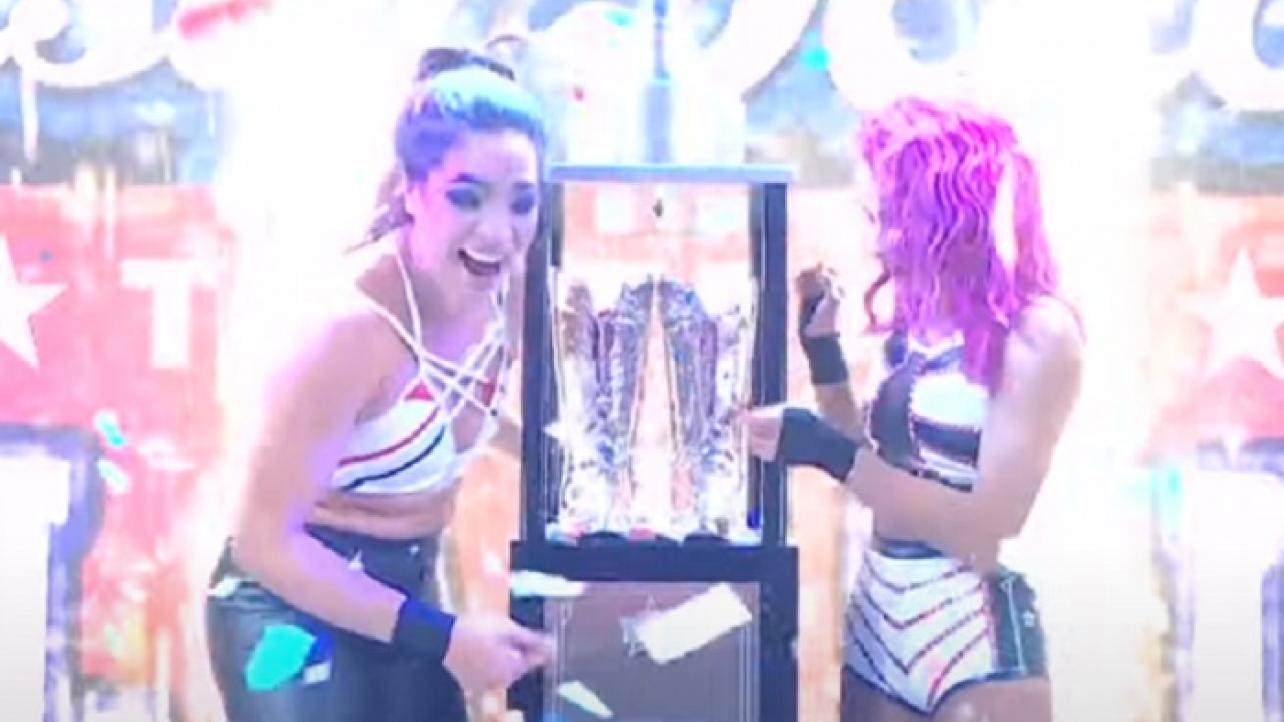 Dakota Kai recently appeared as a guest on the new official podcast hosted by women’s wrestling veteran Taylor Wilde, “Wilde On,” for an in-depth interview.

During her appearance on the new podcast, the WWE NXT Superstar reflected on some of the past tours she did in her career in the Japanese market before ultimately settling in with the world-leader in professional wrestling and sports entertainment.

Featured below is an excerpt from the interview where Kai looks back on some of her past Japan tours.

“My first tour, which came in 2014, I didn’t go to STARDOM, I got invited to go to [Diana]. It was a lot of older girls that ran the promotion. One of the girls who took me under her wing was Sareee, who just got signed and I haven’t seen her in seven years. She looks the same, still looks 16 years old to me. I was there for three months and it was such a cool experience because I got the real stereotypical Japanese experience. I was in the dojo every day, cleaning, getting beaten up in every match. It was such a cool experience. My second tour, which was 2016, before I [got signed by WWE], I was there for three months and worked STARDOM as well as Sendai Girls, which is Meiko Satomura’s promotion. STARDOM is such an amazing promotion to be a part of and at the time [Io Shirai] was top dog and you’re learning from these really cool and awesome women. [Kairi Sane] as well.”