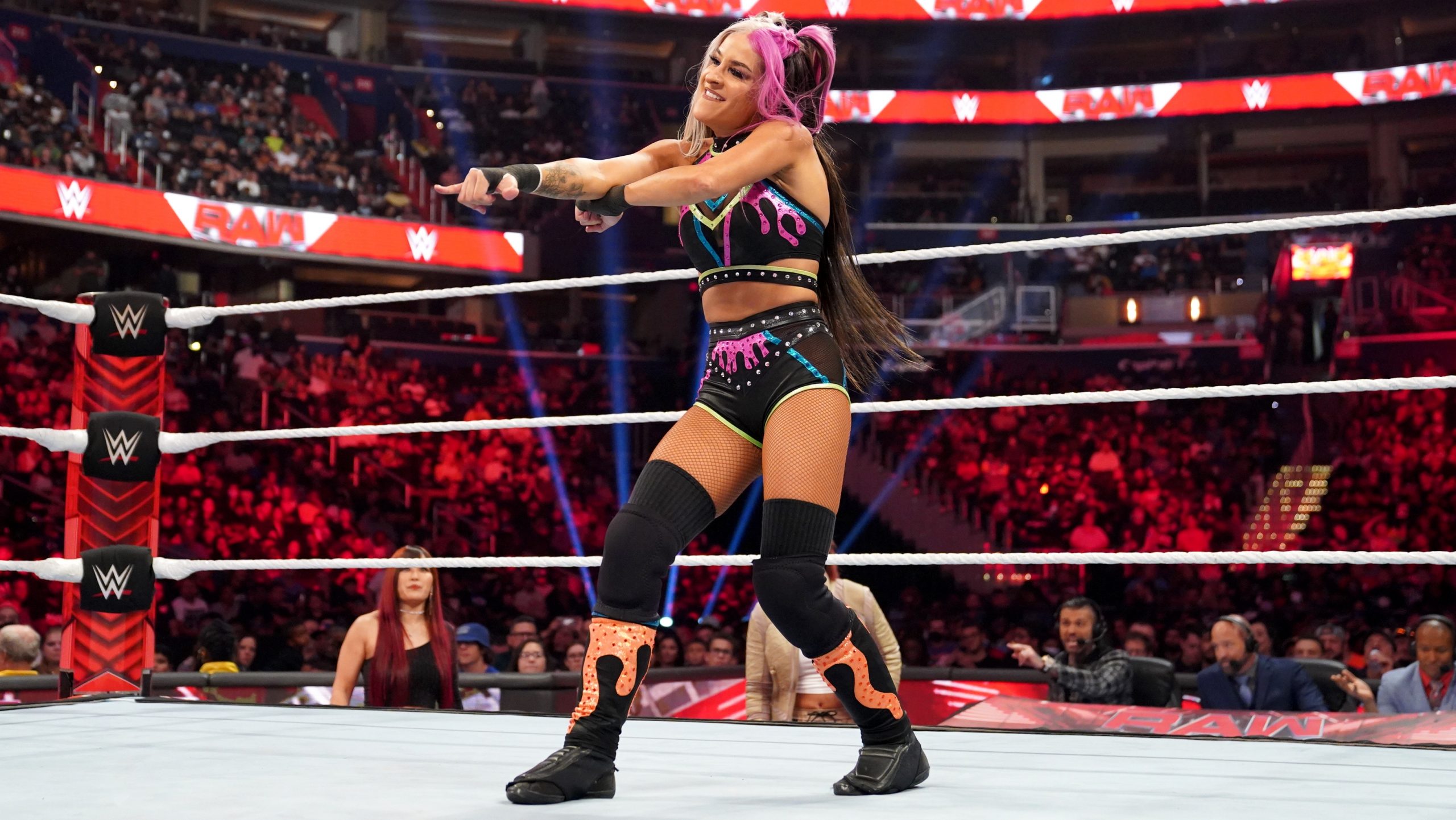 One-half of the WWE Women’s Tag Team Champions Dakota Kai appeared on an episode of Ryan Satin’s “Out of Character” podcast, where she spoke about a number of topics such as which WWE Star she would like to see added to Damage CTRL.

Dakota Kai also spoke about how there came a point during her run in WWE NXT that she felt like there wasn’t anything more she could do.

“I definitely was at a point in NXT where there wasn’t really anything further that I could do. I’ve had a lot of shots at the NXT Women’s Championship. I was in multiple tag teams with a lot of different people. I loved all my experiences.”

Dakota Kai then spoke about getting the call from Triple H to return to the WWE.

“It was less than a week before SummerSlam. So that’s when I got the call from him, and it’s very strange because obviously, I wasn’t taking bookings. I was just chilling doing my streaming thing, just, you know, taking time for me. Bayley texted me on Thursday and was just out of the blue. I mean, we talk. We text a lot, but this question was out of the blue and she’s like, ‘Hey, out of curiosity, are you talking to anyone right now in terms of companies or anything like that?’ I said,’Well, kind of but, why do you ask, like, what is this question?’ She said that in a last ditch attempt for this idea that she had of a group, she said she texted Hunter and kind of gave it like one last push before she, I don’t know, not gave up on it, but just you know, went on to something else when she returned. I said, I’m not with the company, but you can.’ I guess I didn’t know if that would be a thing that he would even look to contact me about. But sure enough, she texted him about the idea that we had. We’d filmed a bunch of like videos and taken some photos and she sent him the idea, and his first response after that was just like, ‘What’s Dakota doing?’, which is very weird.”

You can check out Dakota Kai’s comments in the video below. H/T to WrestlingNews.co for transcribing the above quotes.