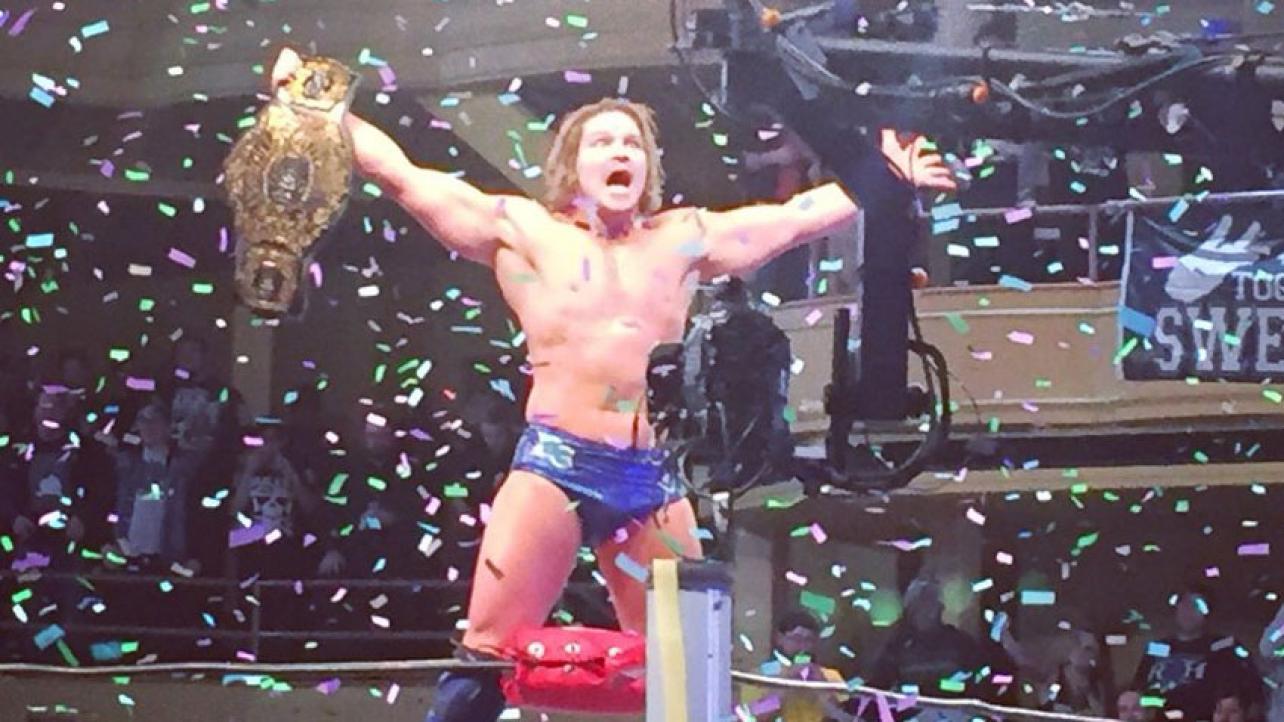 Ring Of Honor (ROH) World Champion Dalton Castle recently appeared as a guest on the Sam Roberts Wrestling Podcast for an in-depth interview. Featured below are some of the highlights.

On changing his character to be taken more serious: “I found myself doing more silly things, and to get a reaction doing the pose; then I will focus too much on that kind of stuff. Then, I will forget that I can do cool moves, and I have to remind people that I am an a– kicker too; I don’t know when it clicked, but there wasn’t one moment where it happened. I think it just started where I was coming into myself more. I wanted to be taken more serious. I like that contrast of this ‘Lady Gaga’ guy walking down and once the gear comes off, the personality is the same but has the ability to kick someone’s a–, and I wanted people to see me as more serious wrestler. I used to get called ‘the Party Peacock,’ which was a character I created on the Indies. I hate being called that now because when I got to Ring of Honor I decided right there that if I was going to be serious about this I had to drop it and just be ‘the Peacock’ because the ‘Party Peacock’ cannot be World Champion, which is what I told myself.”

On winning his first ROH World Championship: “I don’t remember how early, but I never said it out loud. I never told anybody, not my wife or anybody because it didn’t feel real. I felt that the second I would mention anything it would be taken away from me because that is pro wrestling. I have seen my friends being told one thing and at a hotel they are told by a third party that the story was changed, which shouldn’t really affect them anyway since we are putting on a performance. I knew they were building to it but I still wasn’t sure, but I wasn’t going to ask either. Only thing I could do is in those months leading up is to wrestle every match and perform like I am going to be a champion, like I deserve that spot. I didn’t want to leave any doubt that they are making the right decision by putting the belt on me.”

On only defending the ROH title once since winning it in December and wishing he could be a more active defending champion: “I always feel that I should be moving forward and doing more. I won the Championship in December, and it felt great and it was really good, but it’s also been really frustrating that I had this amazing moment and hit this goal that I had set, but now I want to start doing more. I want to take this title and try to elevate it. I want to try and elevate myself and ROH, but we are not working. We had an almost a month-long break. I am sitting at home and losing my mind. I got to take my wife on vacation to Cabo, of course because they have the best drinks with umbrellas in it, and I should be relaxing and having fun, but something in my head is saying that this is wrong, and that I should be working out and doing something more, and how I should be in a ring somewhere.”

Check out the complete episode of the Sam Roberts Wrestling Podcast featuring the Dalton Castle interview at YouTube.com.