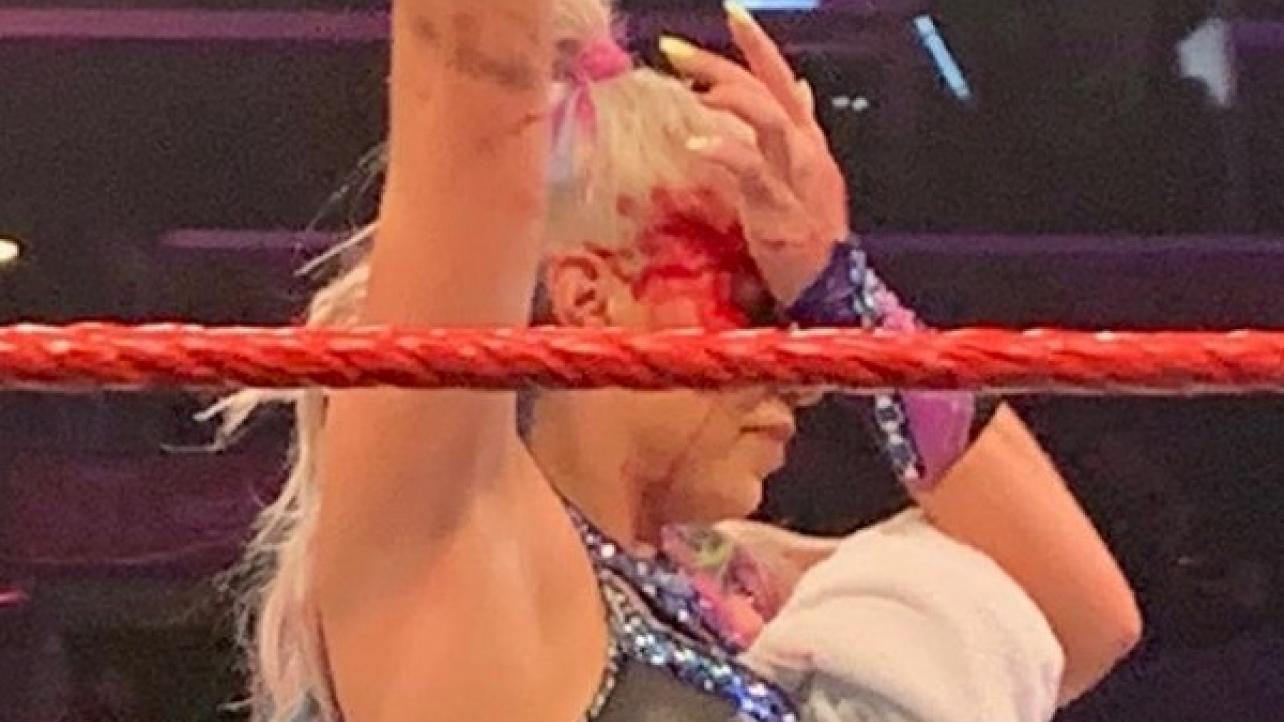 Dana Brooke suffered an injury during the WWE television taping on Monday evening.

The first match to kick off the action inside the ring at the STAPLES Center in Los Angeles, California at last night’s show was the first of two bouts taped for this week’s WWE Main Event show, as Dana Brooke went one-on-one against Sarah Logan.

The Brooke-Logan match ended in a No Contest when Brooke was accidentally busted open.

During the match, Brooke was legitimately busted open after receiving a brutal knee from Logan that sent her face-first into the ring post. This resulted in Brooke suffering a nasty above her right eye on her forehead. As a result, the referee stopped the match.

Brooke then took a white towel she was given to cover up the bleeding and exited the ring, dealing with the cut on her walk to the backstage area.

Although it will undoubtedly be edited off of the WWE Main Event broadcast on the WWE Network this week, you can check out video footage of Dana Brooke getting busted open hard-way during her match with Sarah Logan right here at eWrestling.com!

Check out the video footage below of a bloody, cut-open Dana Brooke exiting the ring and making her walk to the backstage area at the STAPLES Center following the conclusion of her WWE Main Event match on Monday night.

Was just sent this. Ref thru up the X & match was stopped. pic.twitter.com/OE1ytjZPc1