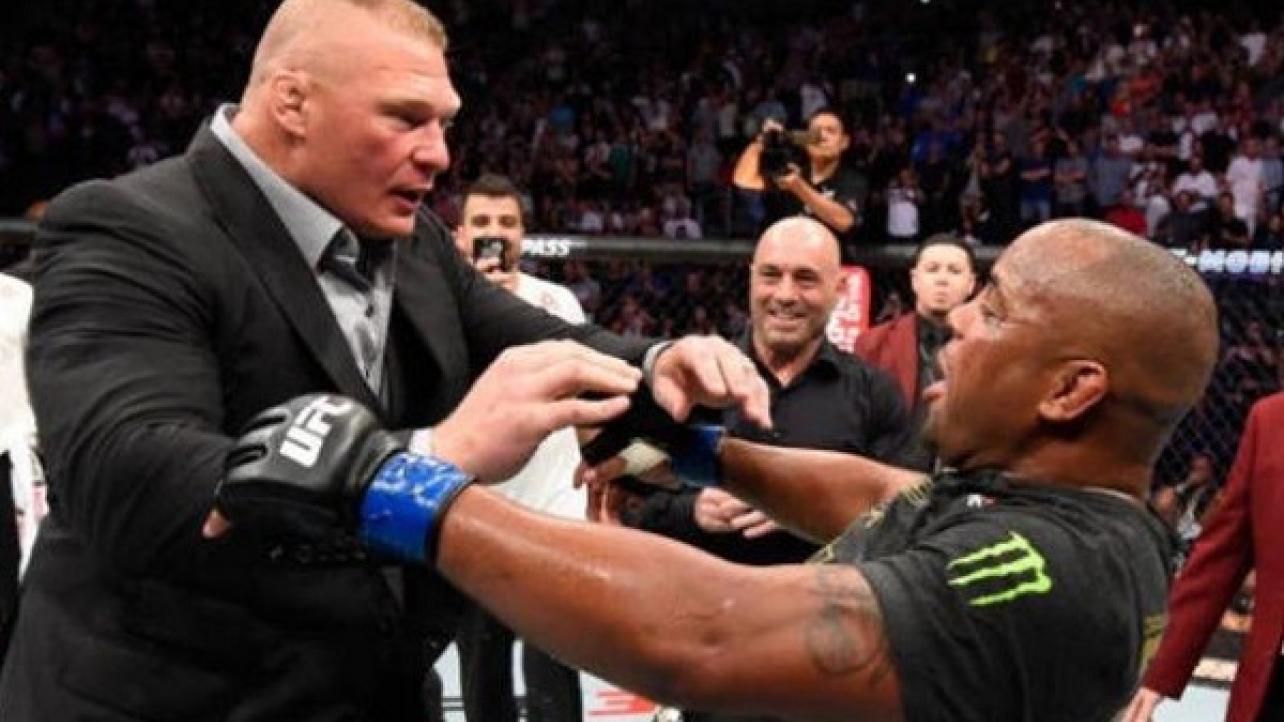 Dana White On Brock Lesnar: “He’s Doing A New Deal With Vince To Stay With The WWE”

It looks like Brock Lesnar’s journey inside the world-famous Octagon is officially over.

UFC President Dana White was once again asked about the possibility of the WWE cross-over mega-star and former UFC Heavyweight Champion returning to the Octagon for another fight this weekend.

“No, he’s done,” said White of Lesnar’s future as an active competitor in the UFC when talking with the folks from TMZ Sports after the UFC 238 pay-per-view on Saturday night at the United Center in Chicago, Illinois. “He’s made his decision.”

Lesnar and D.C. had their infamous pull-apart, which led many to believe it was just a matter of time before the two amateur wrestling greats squared off inside the Octagon.

It was all for naught.

White confirmed that negotiations with Lesnar didn’t work out, and that he has decided to sign a new deal to remain with WWE.

“I don’t know where he is in that other world … I know that he was looking at doing a new deal with Vince [McMahon] to stay with the WWE,” said White, who went on to explain that he has always had a good working relationship with Lesnar, but that when a fighter doesn’t have his mind into it, he probably shouldn’t fight. To White, it’s just that simple.

“You know, I’ve always had a good relationship with Brock,” said White. “We’ve always dealt really well with each other. When you decide or don’t decide to fight … it’s a decision … you mentally have to be ready to fight. You have to be all-in on fighting and if you’re not all in, than you shouldn’t fight.”

Check out the new TMZ Sports interview with UFC President Dana White below.

Dana White On Brock Lesnar: “He’s Doing A New Deal With Vince To Stay With The WWE”