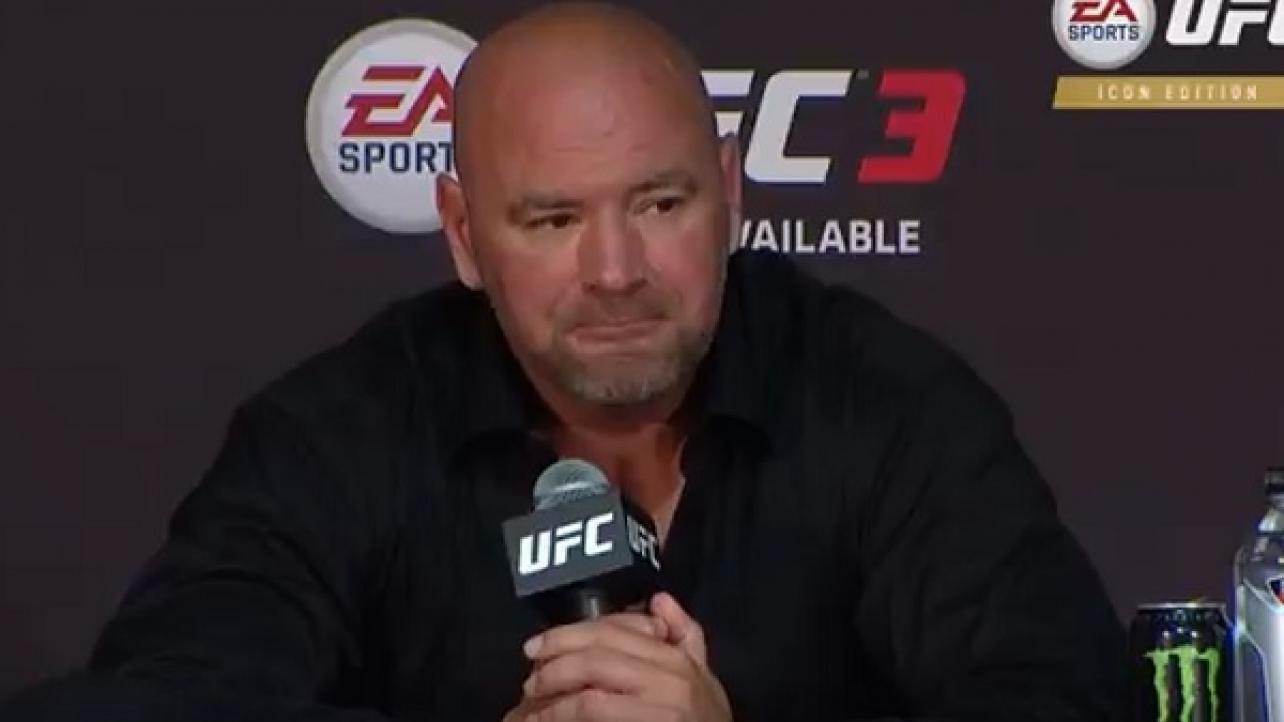 Following a busy weekend, there seems to be a lot of talk about the WWE Universal Championship possibly appearing inside the UFC’s Octagon.

Lesnar reclaimed the title by defeating Braun Strowman at the WWE Crown Jewel PPV in Saudi Arabia on Friday and afterwards, UFC Heavyweight Champion Daniel Cormier defended his title by choking out Derrick Lewis at UFC 230 at Madison Square Garden in New York on Saturday.

After his win, D.C. spoke about Lesnar in his post-fight interview with Joe Rogan inside the Octagon, and mentioned wanting him to bring his newly won WWE Universal Championship belt with him.

“Brock Lesnar! When you come, bring that brand new WWE title too,” D.C. said. “I feel like being a WWE champion too. Let’s go! Let’s go, Brock! Bring that belt with you if you come to my house.”

“I don’t think Vince [McMahon] would let him wear that into the Octagon, to be honest with you,” White said. “He can bring whatever belt he wants to bring.”

Daniel Cormier vs. Brock Lesnar for the UFC Heavyweight Championship is expected to take place in the first quarter of 2019, as D.C. has stated he plans to retire by the time he turns 40 in March.