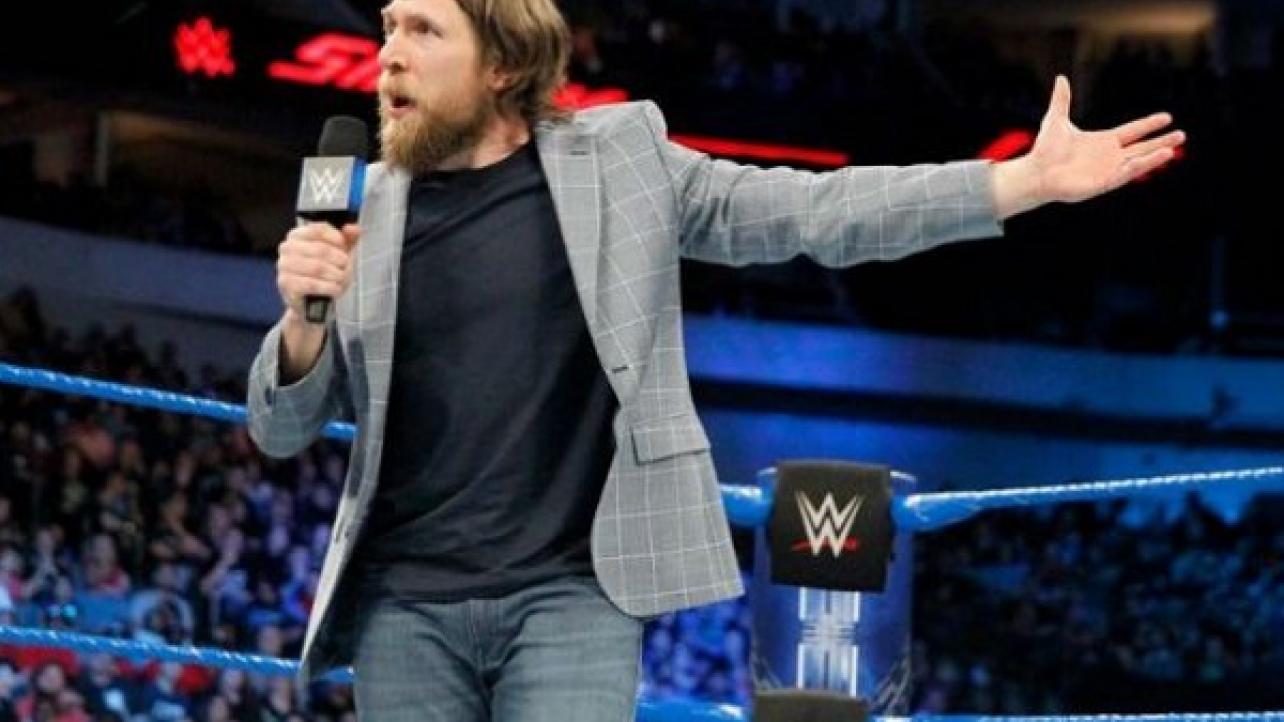 Daniel Bryan Addresses Past Rumors, Says He Was Planning To Leave WWE

Daniel Bryan recently appeared as a guest on WWE Hall Of Famer Booker T’s Heated Conversations podcast for an in-depth interview. Featured below are some of the highlights.

On how much of a struggle it was for him when he was retired: “It was a real struggle for a long time. I think it’s because I’ve been doing this for my entire adult life. I started wrestling when I was 18-years old. I think one of the things is that wrestling is how I dealt with things. So when bad things would happen in your life, whatever it is, like OK, I had this creative outlet that was wrestling. I never cared about how much money I made or anything like that. If something’s kind of going wrong, that’s OK. I get to use my creativity.

“One of the hard things especially about it when I had to retire was that my dad had passed away. Now the way that I relate to that, I just didn’t properly know how to grieve. I’m sitting at home and my wife is on the road, and this is actually before I retired after my neck surgery, so I just really didn’t have this outlet to release this kind of thing.”

On the rumors that he was going to leave WWE once his contract expired to be able to wrestle elsewhere before he got cleared: “100 percent true. So I had just signed a contract before I had my last concussion which is when they put me up, but they hadn’t signed their side of the contract. So this is when I started to get popular and all of that kind of stuff. They were like ‘OK, we’re going to give you a bigger contract’ and all of that kind of stuff. Then they took that away. And this is how I relate to people that don’t understand the passion that I have for wrestling because financially too it was a big setback. You [Booker T] know we only have so much time doing this, so there was that. But the big thing was that I wasn’t able to do this thing that I was passionate about despite the fact that I had been cleared by multiple doctors. And these weren’t my doctors. It’s not like I went to some quack. These were doctors that WWE sent me to.

“The weirdest thing about it is I probably would’ve been satisfied with and accepted my retirement, if they hadn’t sent me to be GM, because it was so soon after I retired. I had signed up for school. I had signed up for ASU, so I was doing all this different kinds of stuff. And I’m like, OK, I’m going to transition my life into more of a home life. But then they brought me back and it was only a couple months after they forced me to retire. I was sitting at ringside for a Dean Ambrose, AJ Styles match and I’m sitting there, I got a great reaction coming out, I’m sitting there watching the match and they’re getting great reaction. I wasn’t wrestling when AJ Styles got into WWE and I’m sitting there thinking ‘what am I doing?’ I should be in there. I shouldn’t be sitting on the sidelines.”

On there being a point during his retirement that he thought he would legitimately never wrestle again: “There was only a certain point after I retired that I thought I was never going to do it again. Actually, once they brought me back as GM and once I had sat ringside for that match, I thought, you know what, once my contract is up I’m going to wrestle one way or another. I never went to that point where it was like, I’m never going to be able to do this thing that I love again. The day I retired it felt like that. For the next couple months after I felt like that.”

“The day that I retired was actually very very difficult because that, and I was trying to come at it with the point of view of acceptance and gratitude, but this idea that I didn’t want to be bitter about it. I don’t want to be sad about it in the the way that I presented it.”

Daniel Bryan Addresses Past Rumors, Says He Was Planning To Leave WWE