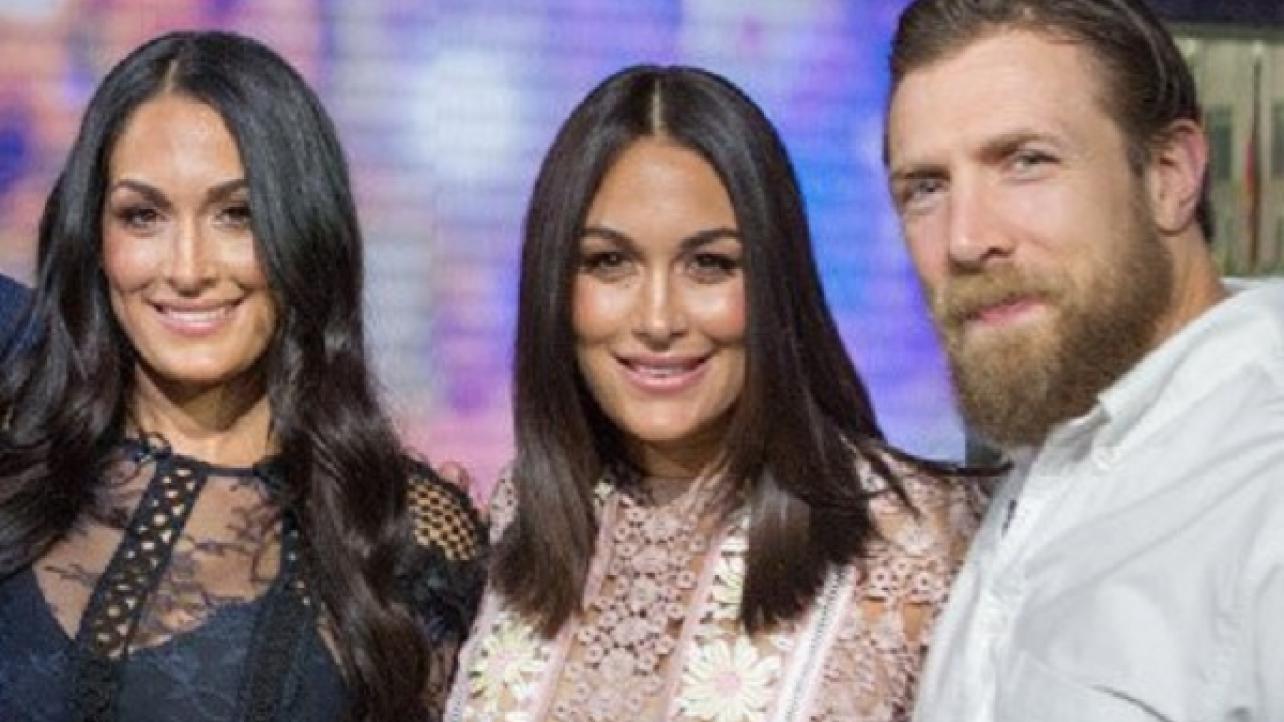 WWE Superstars and co-stars of the E! reality show Total Bellas, Daniel Bryan and The Bella Twins, will be appearing on an upcoming episode of the popular prank show, “You Kiddin’ Me?”

The trio are scheduled to appear on the latest episode of the program, which drops this Saturday on Facebook. “You Kiddin’ Me?” is produced by Kim Kardashian West and features celebrities being pranked by their families.

WWE sent out the following announcement regarding Daniel Bryan and The Bella Twins appearing on this Saturday’s edition of “You Kiddin’ Me?”:

The Bella Twins and Daniel Bryan to appear on “You Kiddin’ Me?!”

Prepare for double the laughs when The Bella Twins and Daniel Bryan appear on this week’s episode of the Facebook Watch prank series, “You Kiddin’ Me?!”

Executive produced by Kim Kardashian West, the comedy series, which drops every Saturday, captures celebrities being pranked by their families. This week’s episode features a hilarious appearance by The Bellas and Bryan.