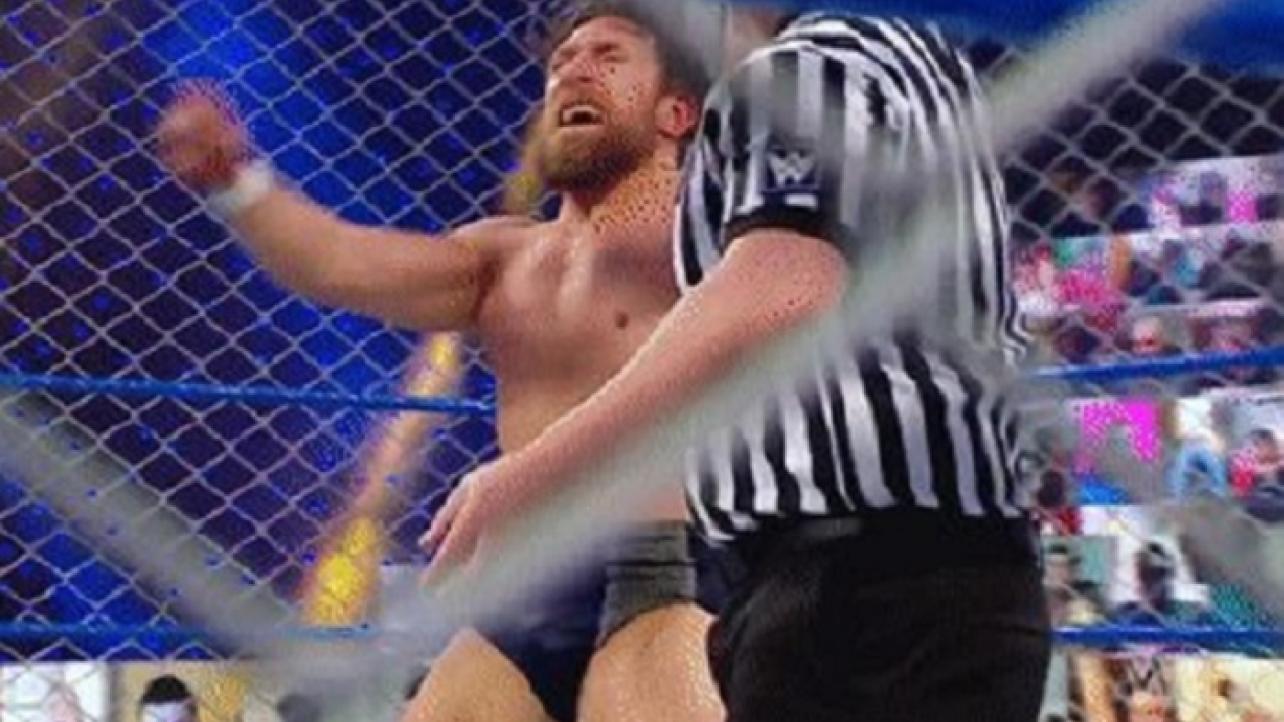 The main event for the final pay-per-view before WrestleMania 37 is now official.

On this week’s episode of WWE Friday Night SmackDown on FOX, Daniel Bryan emerged victorious in a Steel Cage Match against Jey Uso and per the match stipulation, he advances to challenge Roman Reigns for the WWE Universal Championship at this month’s WWE Fastlane pay-per-view.

The winner of the Bryan vs. Reigns match for the WWE Universal Championship at WWE Fastlane will then move on to defend the title at WrestleMania 37 against this year’s WWE Royal Rumble winner Edge, as “The Rated-R Superstar” has already made his pick for which title he is going after on “The Grandest Stage of Them All” this April.

WWE Fastlane, featuring the Bryan vs. Reigns bout for the WWE Universal Championship, is scheduled to take place at the ThunderDome at Tropicana Field in St. Petersburg, Florida on Sunday, March 21, 2021.

Make sure to join us here at eWrestling.com on 3/21 for live WWE Fastlane results coverage.

He did it.@WWEDanielBryan has earned an opportunity at the Universal Championship at Fastlane! #SmackDown pic.twitter.com/jwbCKYbJWw