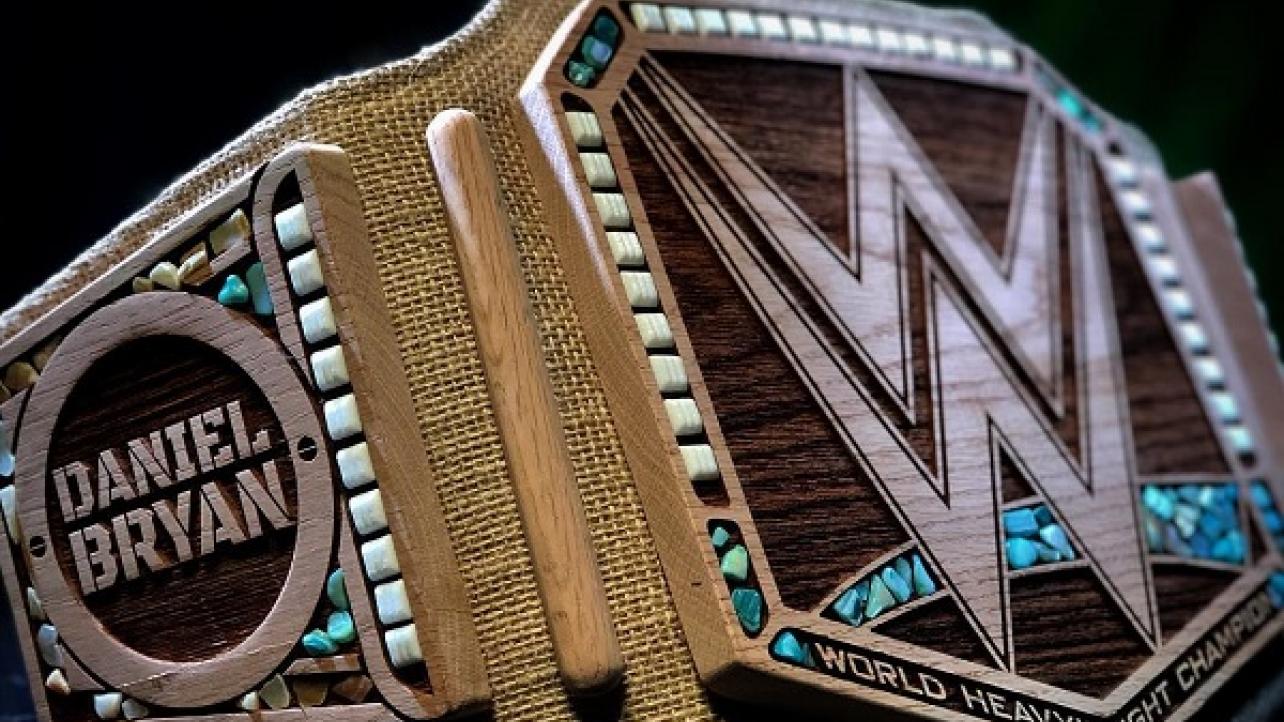 As noted, Daniel Bryan has been campaigning for an aesthetic change to his WWE Championship. On Tuesday night, he finally got his way.

During the post-Royal Rumble edition of WWE SmackDown Live, Bryan introduced the new “sustainable” WWE Championship belt after throwing the previous version of the title in the garbage.

Bryan noted that the new title belt is made from “100 percent sustainable, organic hemp” and carved from a naturally-fallen oak tree.

He would go on to be interrupted by A.J. Styles, and later, Randy Orton, Samoa Joe, Jeff Hardy and Mustafa Ali. This led to Triple H appearing on screen, where he announced Bryan vs. Styles vs. Orton vs. Joe vs. Hardy vs. Ali for the WWE Championship in an Elimination Chamber Match at the WWE Elimination Chamber 2019 pay-per-view.

WWE Elimination Chamber 2019 is scheduled to go down from the Toyota Center in Houston, Texas on Sunday, February 17th, airing live via pay-per-view and on the WWE Network. Make sure to join us here at eWrestling.com on 2/17 for live play-by-play results coverage of the show.