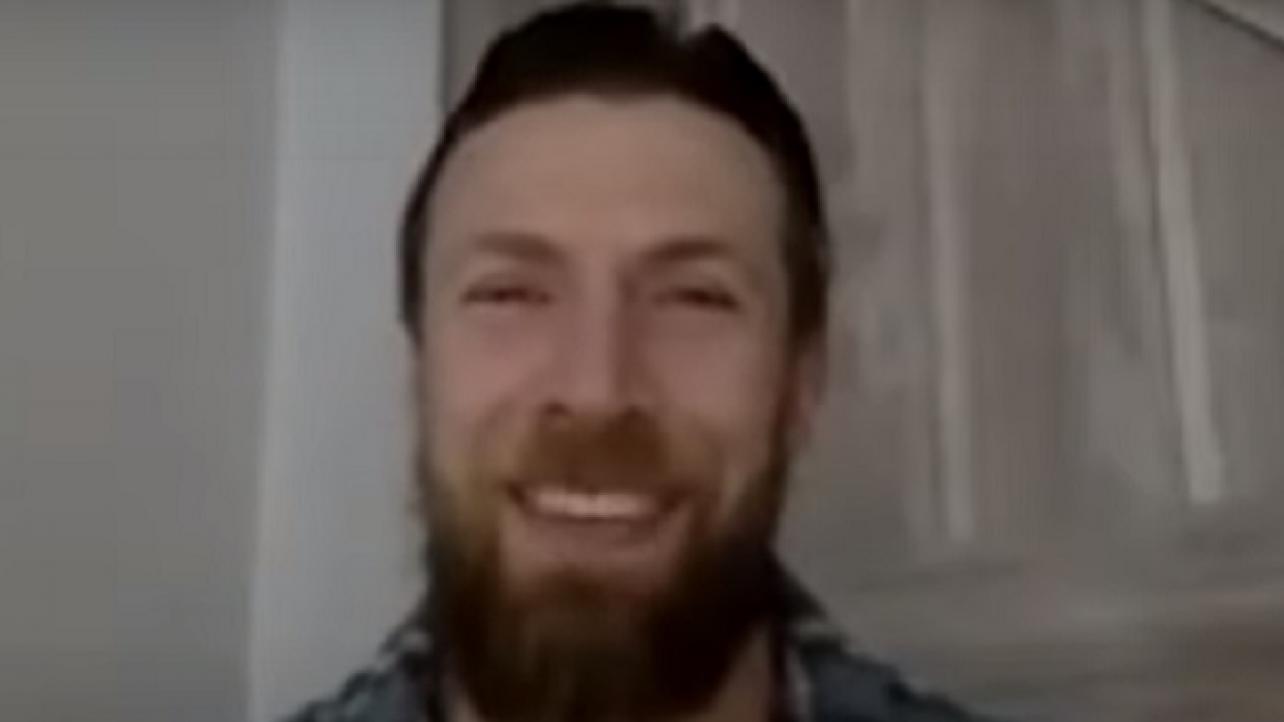 As noted, Daniel Bryan recently appeared as a guest for a very revealing one-on-one sit-down interview on the “My Moms Basement” podcast with Robbie Fox of Barstool Sports.

In addition to the highlights we have previously published from the interview here on the website, the leader of the “Yes! Movement” in WWE also touched on such topics as his two personal favorite matches and how he wishes he could have been the Planet’s Champion version of his character when working with the current heel version of Roman Reigns.

Featured below are some additional highlights from the interview where the future WWE Hall of Fame legend touches on these particular topics, as well as a complete video archive of the discussion.

On wishing he could have had his Planet’s Champion character square off against the current heel version of Roman Reigns: “So yeah, so I actually have more fun with this iteration of Roman Reigns than I do with this iteration of Daniel Bryan. You know, I would have loved to have done Planet’s Champion Daniel Bryan versus this version of Roman Reigns to see who could get the fans to hate them more but I don’t think that’s really like a — something that’s good for the mass audiences. Like oh, two people that everybody hates.”

On two of his personal favorite matches being his WrestleMania 35 bout with Kofi Kingston and his WWE Survivor Series 2018 showdown against Brock Lesnar: “Oh gosh, that’s really hard. I think my favorite match in my WWE career is my match with Kofi [Kingston] at WrestleMania 35. To me, it’s just so, so special and such a cool moment and it’s also one of the things that I love is because it’s Kofi winning at the end so it’s like say WrestleMania XXX, right, so like my shoulder’s horrible and my neck and I got this horrible pain down my arm, then I know I have to get up and do media the next morning and then everybody comes up to you and be like, ‘Oh! Congratulations, congratulations’ and all that kind of stuff. There’s a lot of responsibility to that. When I wrestled Kofi, Kofi wins. Everybody goes to Kofi, everybody says congratulations to Kofi. I get to have my moment with Kofi being like, ‘Hey man, thanks, that was awesome’ and then my daughter was there and my wife was there and I get to go hug my daughter and my wife and I get to go home the next day and Kofi’s the one who has to do media and Kofi’s the one who has to deal with all the people saying, ‘Hey man, congratulations!’ All that kind of stuff. So I think, actually that’s my favorite WWE match. It’s hard to narrow down things when it comes to that kind of stuff. But I love my match with Brock Lesnar, and I think it’s just really cool because I had just turned into a bad guy the week before and like oh man, I finally get to wrestle Brock Lesnar and it’s as a bad guy, but one of the things that I’m very, very proud of is I went out to boos, got them to cheer me by the end and then when I left, they still booed me.”

Check out the complete interview below, or by visiting BarstoolSports.com. H/T to POST Wrestling for transcribing the above quotes.

Imagine if you started seeing WWE superstars pop up in other promotions around the world? @WWEDanielBryan says he’s made some headway with the idea!

“I think you put Otis in New Japan and people would be like, ‘HOLY COW! This guy is AMAZING!’”https://t.co/KGNRwZZlEc pic.twitter.com/3mk70DgY5m