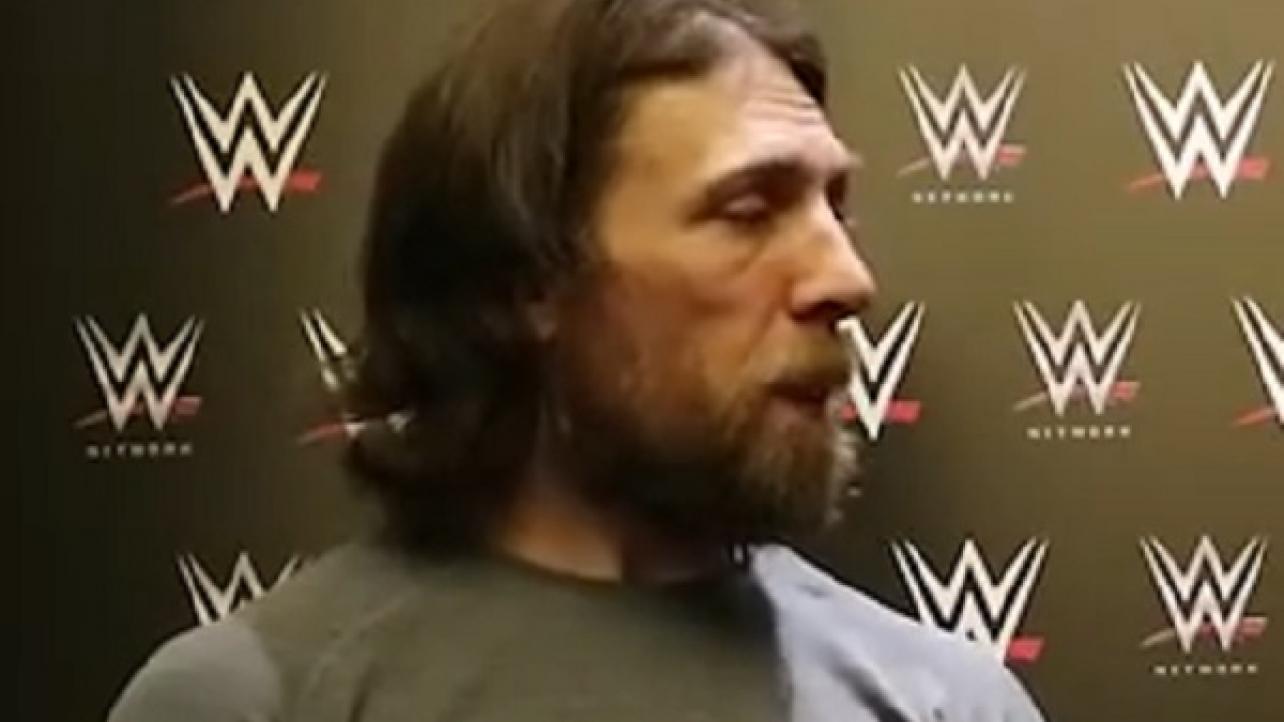 Last night at Survivor Series and before his match against Brock Lesnar, Daniel Bryan was stopped in the back by Kayla Braxton for an interview. Kayla asked him if he was ready to face Brock Lesnar with such little preparation and such a small turnaround time. Bryan didn’t say a word, only giving a bit of a grin before walking off.

For anyone interested in this, the original plans were for Bryan to actually give an interview, saying something to the effect of:

“I can understand why you and so many others are calling my victory against AJ Styles ‘shocking,’ seeing as I wasn’t even supposed to face AJ last week, or Brock tonight. But, then again, isn’t that the great thing about life? The fact that on any given day, we all have the opportunity to make history? Just like how I intend to make history again tonight when I defeat ‘The Beast’, Brock Lesnar. It’s like I always say, fight for your dreams, and your dreams will fight for you.”

Kayla would get confused by these statements and ask:

“Forgive me, but doesn’t that message seem at odds with how you won the WWE Championship, particularly the low blow behind the referee’s back, followed by a post-match beat-down?”

At that point, Bryan’s smile would change to a similar look that he had at the end of last week’s Smackdown and he would respond with the following before we would have seen a “suspicious smile” and him exiting:

“Now, that is a very good question.”

I have no insight into why the backstage segment was changed.