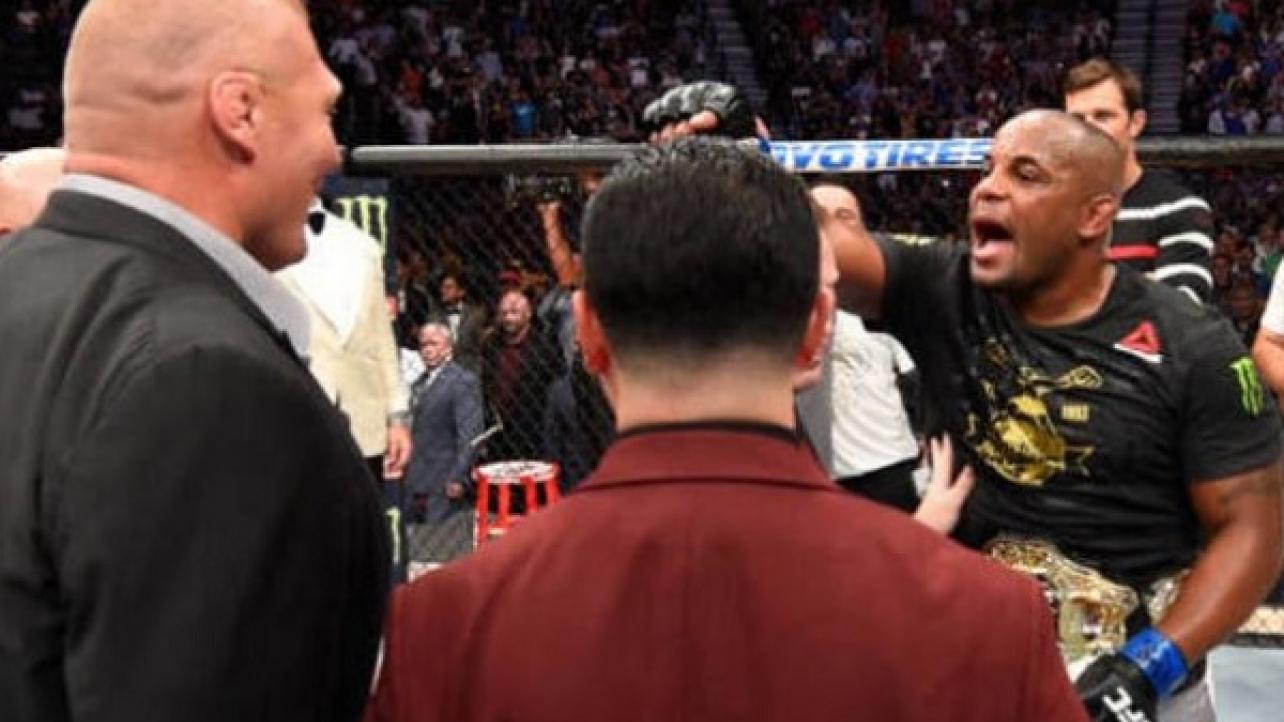 Could “The Beast Incarnate” be preparing for an Octagon return?

After losing his WWE Universal title to Seth Rollins in the opening match at WrestleMania 35 on Sunday night at MetLife Stadium in East Rutherford, New Jersey, the rumors immediately began swirling that Lesnar is heading back to the UFC.

Prior to the match, Paul Heyman came to the ring and declared that if Lesnar wasn’t headlining the show, he needed to get the match out of the way so he can travel to Las Vegas, implying he was meeting with UFC executives about a return to the Octagon.

Following the match, Daniel Cormier, reigning UFC Heavyweight Champion and the man rumored to be facing Lesnar if he returns to MMA, tweeted, “Ha, Brock got beat up.”

Time will tell whether Brock Lesnar ends up. We’ll keep you posted along the way.

Ha, Brock got beat up