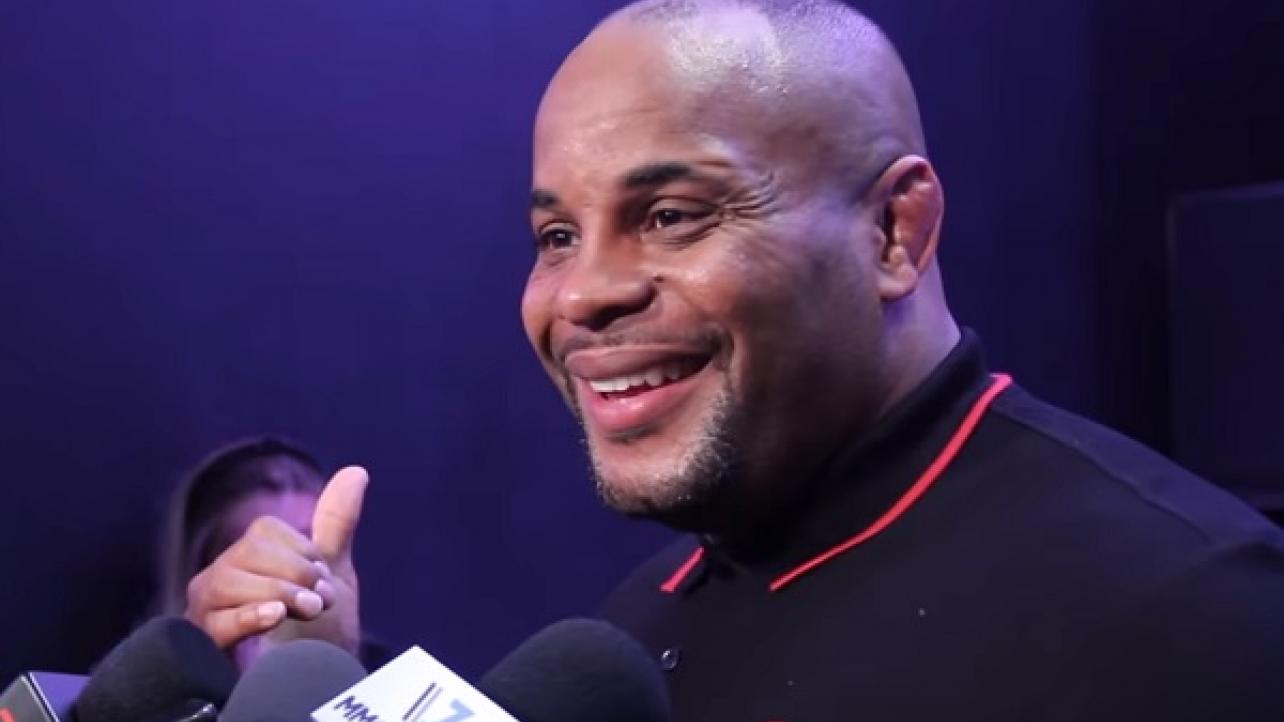 During UFC 237 Media Day this week in Brazil, UFC Heavyweight Champion Daniel Cormier took part in a media scrum with the reporters and media on hand at the event.

While talking with members of the MMA media, D.C. was asked about his expected title defense against former UFC Heavyweight Champion and crossover WWE Superstar Brock Lesnar falling apart.

As noted, Lesnar reportedly turned down the UFC’s offer for the long-advertised fight against Cormier in recent weeks, leading to the promotion announcing Daniel Cormier vs. Stipe Miocic II for UFC 241 at the Honda Center in Anaheim, California on Saturday, August 17, 2019.

“Well my focus now is with Stipe Miocic, you know,” said Cormier when asked if he has fully let go of the idea of a potential fight against Lesnar. “When they told me it was over, the [Brock] Lesnar thing was over, I had to make sure the Lesnar thing was over in my mind so that I can prepare for the guy that’s actually standing across the Octagon.”

D.C. continued, explaining why he has to give all of his attention to Miocic.

Stipe Miocic is a former UFC Heavyweight Champion who holds the record for most title defenses at Heavyweight in UFC Championship history.

“Because if I think about ‘Oh, I’m so sad, I didn’t get to fight Brock Lesnar,’ Stipe’s gonna knock my ass out,” said Cormier with a chuckle. “And I don’t want Stipe to knock my ass out.”

In the final question of the scrum, it was brought up that Lesnar reportedly turned down the UFC’s offer to fight Cormier due to the new pay structure now that UFC has phased out their pay-per-view model in favor of a subscription-based model with ESPN+ that includes PPV events based on the purchase options.

When asked about those rumors and whether or not he himself has any issues with them, as UFC Champions have always received a percentage of the profits earned from PPVs, Cormier had an interesting response.

D.C. claimed that the UFC has made things right by him from a financial standpoint for the deal for his upcoming Octagon return against Miocic at UFC 241 on 8/17 in Anaheim, CA.

“Well, the thing about it is the UFC is very open to working with the guys,” Cormier said. “What we have in place for the fight in Anaheim totally compensates for everything that the UFC has done for me.”