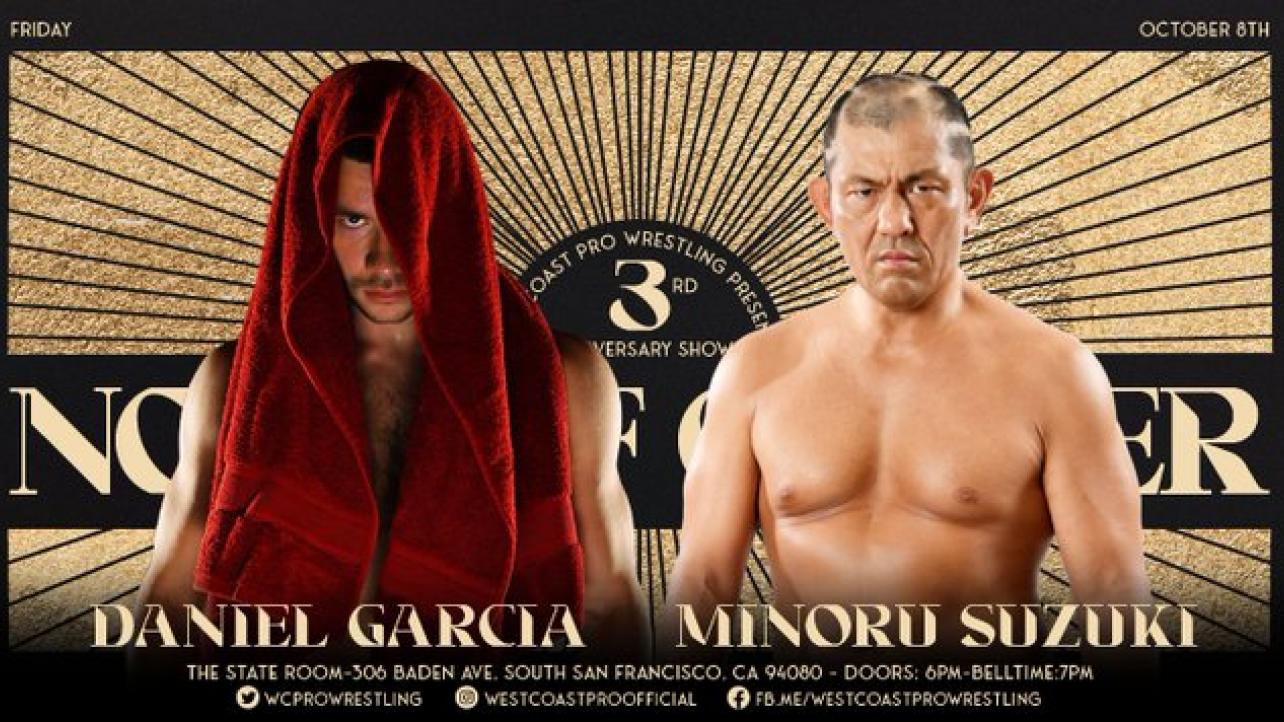 After headlining the ratings smash edition of AEW Rampage: The First Dance, the show that featured the return of CM Punk, against Jon Moxley, the AEW star will soon be sharing the ring with a legend.

It was announced this week that Garcia will be going one-on-one against NJPW legend Minoru Suzuki at the West Coast Pro Wrestling “No Leaf Clover” three-year anniversary show in California this October.

Check out the official announcement and ticket information for the show below.

We are almost sold out of our September show I Hate You With A Passion!