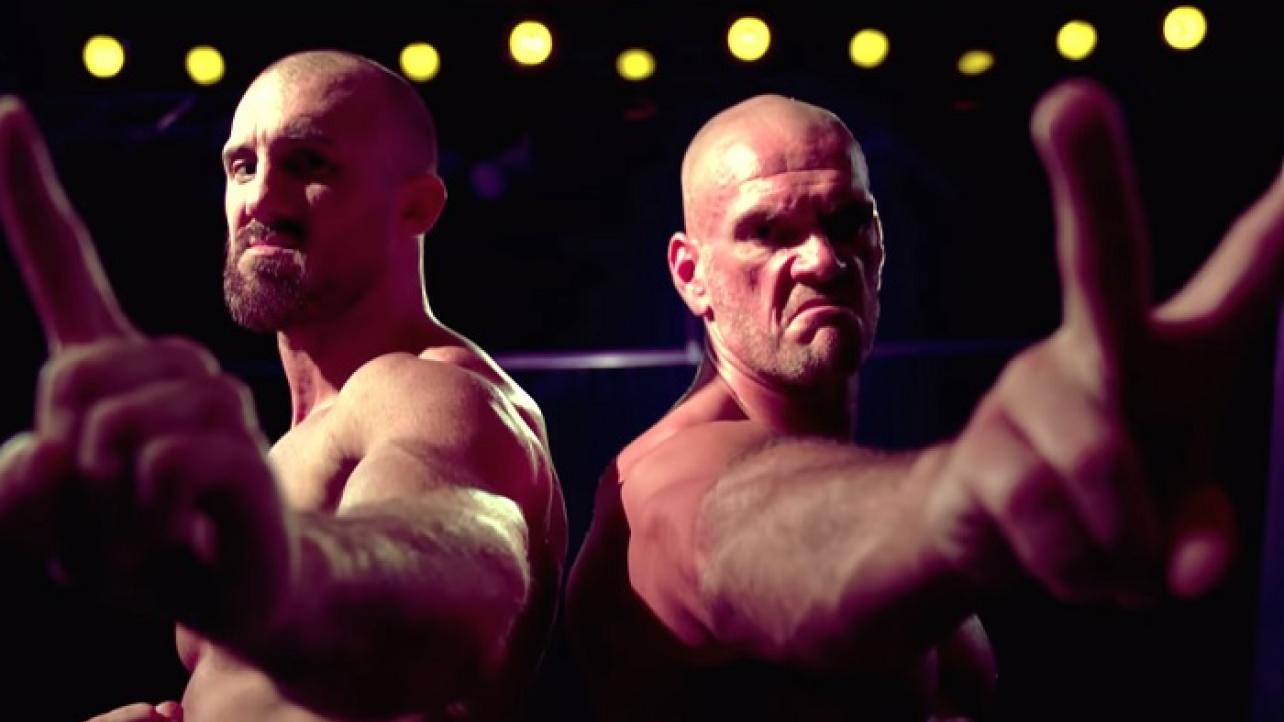 Danny Burch Reveals Who He Would Like To Add To “The Kings Of NXT” Faction, Growth Of British Wrestling Scene

NXT star and current NXT tag champion Danny Burch was recently interviewed by PW Insider to discuss all things pro-wrestling, including his new group led by Pat McAfee, the addition of Pete Dunne, and his long partnership with Oney Lorcan. Highlights from the interview can be found below.

Says that Pat McAfee is a natural in the business:

Well for me, it’s an absolute breath of fresh air. Pat is a natural in the wrestling business; his performance against Cole speaks for itself. So to be aligned with Pat and to be able to do the stuff that we can do now is absolutely fantastic.

How hard work will eventually pay off:

I’m in my 17th year as a professional wrestler. When I first got signed it wasn’t all, you know, it didn’t work out. Getting to that point was kind of a huge roadblock, I initially got signed in 2010 but I didn’t realize I had a very bad torn ACL, so it didn’t pass the initial medical. So I had to get that fixed, went through hell trying to get that fixed, finally got it fixed, got resigned and four weeks into reporting, at the time it was FCW, after four weeks, my knee re-tore, so then I was back on the shelf, eight-nine months, doing all the rehab, yeah it just didn’t work out. But the one thing I always said to myself was, “OK, I haven’t heard ‘no’, at no point did I hear ‘You are not coming back, no you are not good enough, no you can never step foot in this building again.’ ” So I took that as well, there’s one of two things I can do – I can either sit around and feel sorry for myself and let my name in the history books go down as the guy that didn’t do anything for two years in NXT, or I can pull myself up and literally do anything I can and everything I can to get back, and if I hear the word “No,” then I know I’ve done all I can. My advice to anyone that has the same thing happen to them, not just in wrestling, in any walk of life, if you want something bad enough, just go out and work your backside off and get it, and if it’s meant to be, it’s meant to be. That’s the only thing I can say.

On his partnership with Oney Lorcan:

So we had two matches against each other and we beat the living snot out of each other and it was one of those things where after those matches we were presented with the idea of, “Do you guys want to be a tag team?” I laughed, instantly, I was like, “Well, everyone’s gotta step in the ring with us so that’s not going to be a pleasant experience for them.” From those matches, an instant mutual respect was born and the chemistry just got stronger and stronger since then and I love our team. We are…what you see is what you get, we will hit hard, we will hit first and we will ask questions later.

Pete Dunne being in the Kings of NXT group:

Well, I mean, what more can be said about Pete Dunne? He was the longest reigning United Kingdom Champion thus far, and his track record just speaks for itself. So Pete in the mix, it further adds to how legit this group is.

How much the British wrestling scene has grown:

I don’t know how the thing boomed, because it did, it just hit the biggest boom period ever and that was while I was under contract the first time, so when I first got signed and I left the British wrestling scene, a big turnout was 150-200 people, and when when I get back after my first initial run didn’t work out, I get back and there was thousands of people in buildings. I can’t pinpoint what it was to make that the boom period, but when I left you didn’t have places like PROGRESS, they weren’t around. I think it was just…the best thing I can assume is that all the guys that were at the top of their game in that time period in the boom period, the stars aligned and they all became exceptional in-ring talents all at the same time, and it was just one of those things where the shows – you just couldn’t miss them.

Who from the NXT UK roster he would add to their group:

Who would I steal? I think maybe someone like a Joe Coffey or llja Dragunov – he just had that hellacious, amazing match with WALTER, so I think he would be an exceptional fit but if there’s three of us and four of them, so be it.

Danny Burch Reveals Who He Would Like To Add To “The Kings Of NXT” Faction, Growth Of British Wrestling Scene