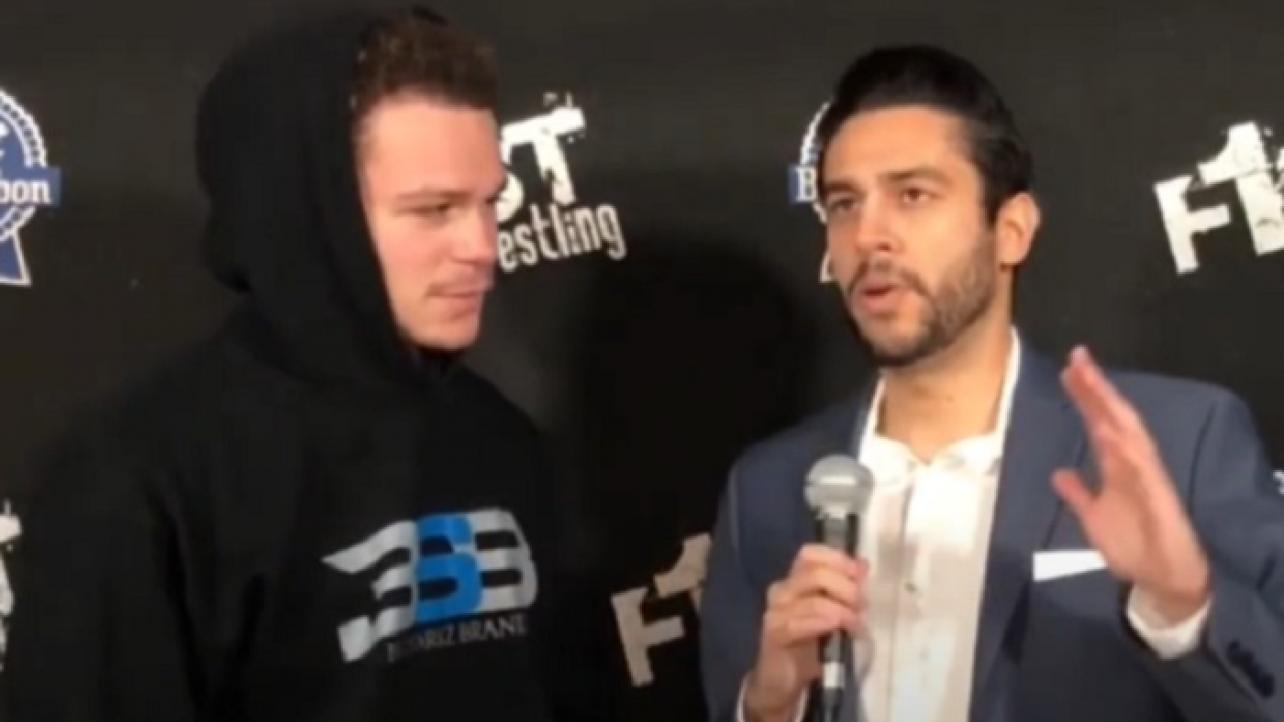 Dante Martin Reveals Goals With His Brother, Who He Talks To For Advice Backstage In AEW (Video)

Dante Martin recently appeared as a guest on ONE on ONE with Jon Alba for an in-depth interview covering all things pro wrestling.

During the interview, the newest addition to Team Taz in AEW spoke about hoping to one day capture tag-team gold with his brother Darius Martin, what his brother has been up to while out with injury, how he deals with critics, who he talks to behind-the-scenes and more.

On how he hopes to one day hold tag team gold with his brother Darius: “I think there’s really nowhere to go but up. I’m hoping that as soon as Darius comes back we can get these belts going and start hopefully a legendary career because that’s what we’re looking to do. It’s been pretty hard.”

On Darius coaching him behind-the-scenes while on the sidelines due to injury: “Especially just being thrown into the fishes almost, being thrown to the sharks. It’s a sink or swim. I feel like I’m doing a pretty good job swimming right now. Darius has been kind of my coach behind the scenes and been helping me out an amazing amount. Although it’s a bad situation, we’re making a good deal out of it.”

On how he deals with critics: “I think to the critics, they’re going to voice their opinion. As long as overall the people are happy and you’re doing your job to the best you can, that’s all that really matters. People are going to say what they’re going to say at the end of the day, whether your back’s turned or facing them, you just gotta do you.”

On talking with Jerry Lynn, Jim Ross, Dean Malenko and Tony Schiavone behind-the-scenes in AEW: “I’ve talked to JR a couple of times. I talk to Schiavone just about every week now, of course, as you see with the pre-tapes we do. Two of the biggest names to me that are super influential backstage to me are Dean Malenko and Jerry Lynn. They’re just two of the greatest minds and nicest people you’ll ever meet. Super helpful. I watch a lot of Jerry, but Dean is the one I watch almost religiously… I almost draw. I hope it comes across like this, but the intensity, almost like the ‘I don’t care attitude.’ Just going to the ring, ‘I gotta do me, the other guy can bring it, but I gotta bring it more attitude.’ I get a lot of that from Malenko.”

Check out the complete interview below, or at YouTube.com. H/T to WrestlingInc.com for transcribing the above quotes.

Dante Martin Reveals Goals With His Brother, Who He Talks To For Advice Backstage In AEW (Video)