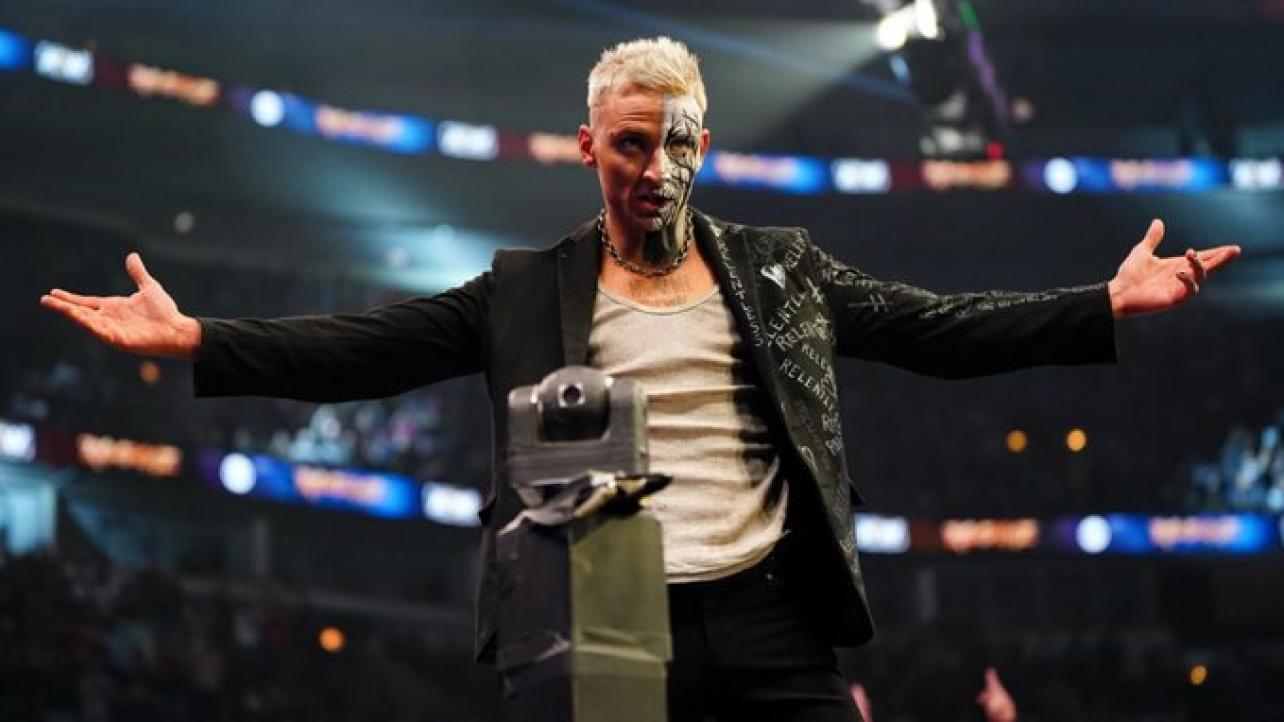 Darby Allin Talks About His Daredevil Style, Why He Likes CM Punk & More

In addition to the highlights that we previously published from the interview, the AEW star also spoke about what started his passion for pro wrestling, the origins of his daredevil style inside and outside of the ring, his thoughts on CM Punk and more.

On what started his passion for pro wrestling and who he would consider his biggest influence: “You can get such an adrenaline rush over doing crazy stuff. There’s nothing like pro wrestling. As far as a guy that inspired me, maybe you could say Mick Foley. He’s not super jacked and by appearance alone, he’s more relatable.”

On where his daredevil style inside and outside the ring came from: “I can’t even remember. It was from the dawn of time. When I was 3 years old, I shoved car keys through my lip and had this gnarly scar. I can’t remember exactly when, but that daredevil interest for me was always there.”

On being a fan of CM Punk because of the way he carries himself: “I like the way he doesn’t talk to a lot of people because I don’t either. I like letting little people into your personal space. It’s very important.”

On being pushed and challenged by new established talent coming to AEW: “I feel great about it. It should make you want to step up and improve your game. If you’re not willing to step up, your game isn’t on point then.”

Darby Allin Talks About His Daredevil Style, Why He Likes CM Punk & More