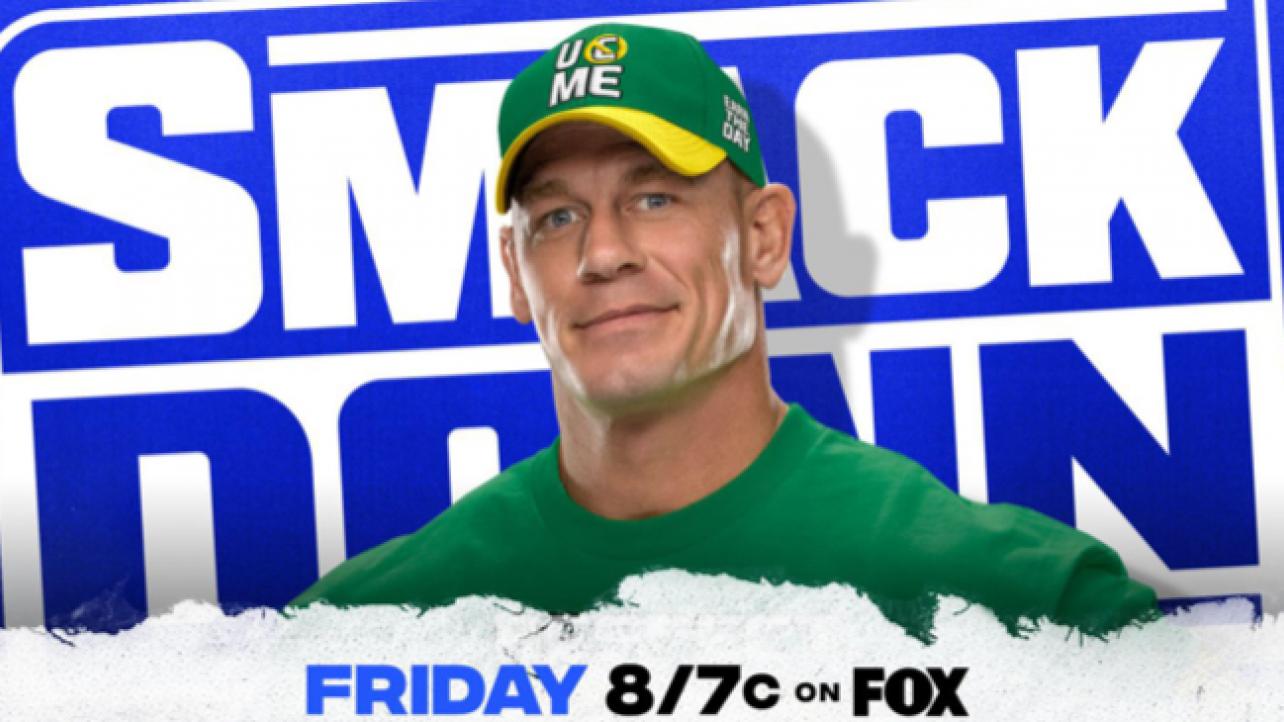 — WWE held one dark match prior to Smackdown and two following it, including the return of John Cena in what is likely his last match for the company for the foreseeable future. Below are the results from pwinsider.com’s Mike Johnson who was in attendance:

In an opening night dark match, WWE Raw Women’s Champion Charlotte Flair took on Rhea Ripley. This was a very good Back and forth bout including some fighting on the floor. Ripley went for Riptide but Flai reversed into a inverted DDT. Ripley nailed a delayed vertical suplex. Flair scored the submission with the Figure 8 clean in the center. Quality bout. WWE only taped it with their hard cameras.

After Smackdown went off the air, Finn Balor and Roman Reigns went nose to nose before Reigns and The Usos backed out of the ring.

Balor played to the crowd before Happy Corbin’s music played and he came to the ring as Balor stood there staring. Corbin backed out of the ring. but Balor followed and laid him out with two Slingblades on the floor.

Balor left and Drew McIntyre then came out to face Corbin.

Drew McIntyre beat Happy Corbin by DQ when Corbin nailed him with a chair on the floor. It was all Drew early on, including some chops on the floor. He went for.the Futureshock DDT but Corbin held onto the ropes and nailed him. Drew quickly made a comeback but was sent into the ring post shoulder-first. On the floor, Corbin ran him into the ring post again. Back In the ring, Corbin was sent into the corner. They went to the floor for the gimmick. Drew got the chair and nailed him across the back several times before calling for the Claymore Kick. He drilled Corbin and left him laying. Sort of odd not to do the clean finish in a dark match bit they did just start to establish Corbi’s new direction.

The main event is Roman Reigns & The Usos vs. John Cena & The Mysterios. Monster pop for Cena, including fans singing “John Cena sucks” to his music. Lots of playing to the crowd early. Dominik controlled one of the Usos with armdrag takedowns. The tide turned and Dominik was worked over for some time. Dominik finally reversed a suplex attempt but was cut off before he could make a tag. Dominik fought out of a side chinlock but was taken down again. Roman dumped him to the floor and slammed him on the announcing table. He let Dominik crawl towards his corner to make a tag but then stopped him before he got too close. Dominik tried to fight his way out of The Bloodline’s corner but was again taken down. Dominik kicked the Usos out of the ring and finally was going to make the hot tag but one of the Usos hit Cena. Cena hit the ring but was held back by the referee, allowing the Bloodline to continue to beat Dominik. Cena and Rey rallied the crowd the youngster. He finally tagged Cena who went crazy with all his signature offense. He went for the AA but the ref was bumped. Everyone battled. Cena avoided the Reigns spear and nailed an AA then hit an Uso with it for the pin. This was very much about sending the crowd home happy, which it accomplished.