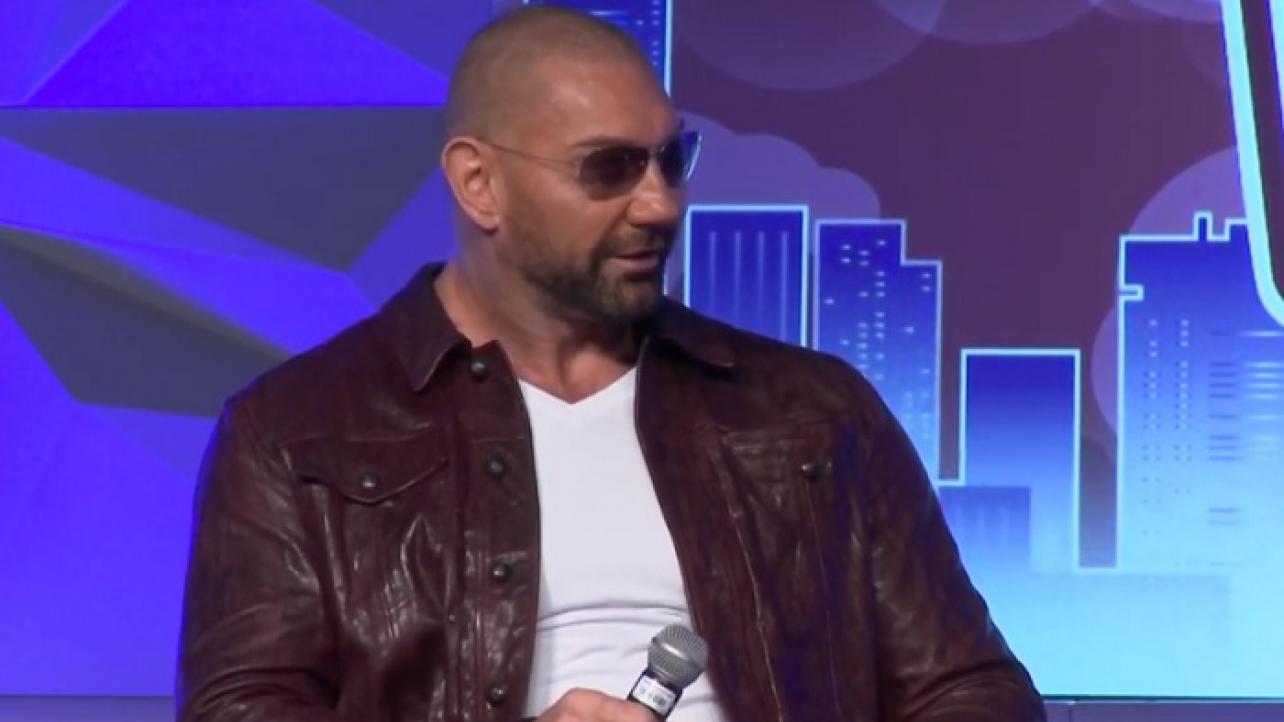 During his appearance at the Denver Pop Culture Con this weekend, former WWE Superstar turned Hollywood big-shot Dave Bautista recalled going broke after leaving WWE to pursue his acting career back in 2010.

According to Batista he “lost everything” and “starved for three years” after “going broke” when he decided not to re-sign with WWE in 2010, instead opting to make a “go” of a career in Hollywood.

“I was with WWE at the time and I went and did a film,” Batista said during his spotlight panel Q&A at the Denver Pop Culture Con event. “I had zero interest in acting, all I wanted to do was wrestle. I loved wrestling, I was obsessed with wrestling, and I went and did a film as a favor for a friend and I realized I was horrible. I was a horrendous actor. I was so mortified that I wanted to prove I could be better, and the company [WWE], they wouldn’t let me do anything outside of the company.”

The WWE veteran then decided to leave the company, and the pro wrestling world as a whole, to pursue his acting career on a full-time basis.

“I starved for three years,” Batista said. “I went broke. I lost everything. I couldn’t get a job and I said that I will never go back to wrestling until I prove what I set out to prove, and that was that I can make it as an actor. Then I got the role on Guardians [of the Galaxy]. When I got the role, I finished the film and the first call I made after I wrapped was to Vince McMahon,” said Batista. “I said, ‘Hey man, I’d really like to come back and wrestle for a little bit.'”

Check out Dave Bautista’s appearance from the Denver Pop Culture Con event in Colorado below.

(H/T to JK Schmidt and ComicBook.com for transcribing the above Dave Bautista quotes from the Denver Pop Culture Con.)