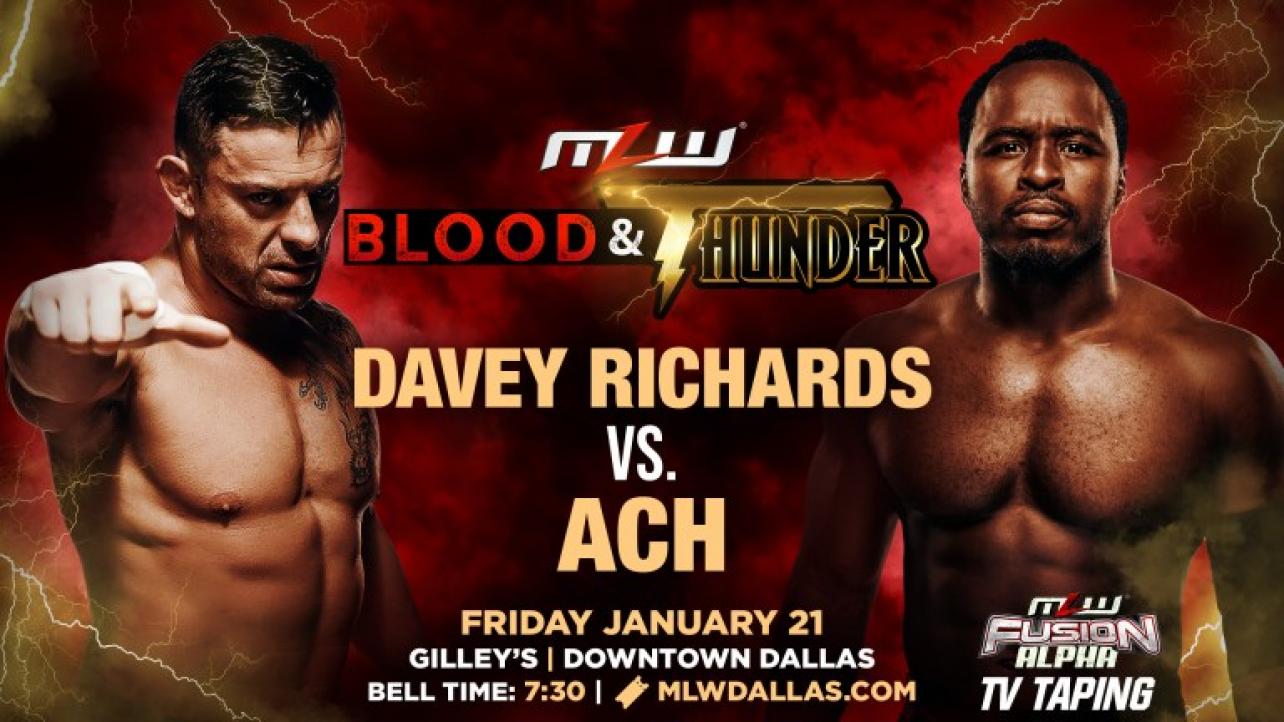 You can officially pencil in a new match for the upcoming Major League Wrestling event scheduled for next month.

On Wednesday, it was announced that Davey Richards vs. ACH will take place in a featured singles bout at the taping of the special “Blood & Thunder” edition of MLW Fusion on beIN SPORTS.

MLW.com released the following announcement today regarding the Richards-ACH match for the 1/21 event at Gilley’s in Dallas, Texas.

Will the #1 ranked Davey Richards stay in the hunt for a title shot or will ACH derail the American Wolf’s momentum?

The sweet science of technical wrestling will be on display as two hybrid grapplers square off for the first time ever in MLW.

Coming off of outlasting seven others and claiming the 2021 Opera Cup, the undefeated Davey Richards looks to continue his momentum in 2021 with a big win.

Austin’s own ACH, a dynamic force, looks to leapfrog the rankings, defeating the #1 ranked Richards and entering the mix for a title fight.

Will the “American Wolf” stay in the hunt for a title shot or will ACH derail Davey Richards’ momentum?

Find out January 21 in Dallas as MLW presents Blood & Thunder!