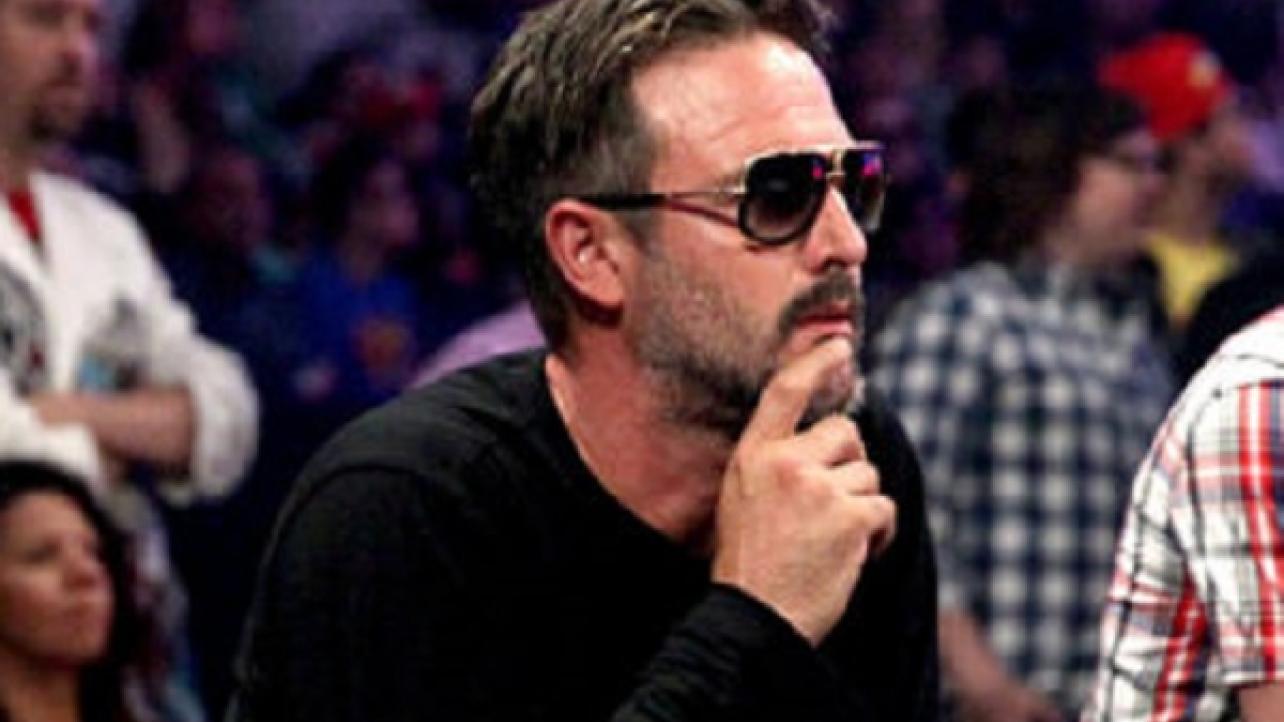 Former WCW World Champion and actor David Arquette recently appeared as a guest on WWE Hall Of Famer “Stone Cold” Steve Austin’s Steve Austin Show podcast for an in-depth interview. Featured below are some of the highlights.

On the Ready To Rumble movie with WCW Superstars: “I loved [pro] wrestling since growing up. I saw Andre The Giant and Hulk Hogan back at the Sports Arena. We’d go to all the roadshows growing up, so I always loved it. And then, Ready To Rumble happened and it was just a chance for me to sort of tap back into something I loved as a kid and sort of tap into the crazy fan that I was. And then, I got to meet all my heroes. I got to travel with Hulk Hogan and Sting, ‘Diamond’ Dallas Page, and get to know the guys. And in promoting the movie, they had me go on the road and I ended up the champ. I don’t know what happened, but it happened.”

On training to be a wrestler 18 years after his failed run as WCW World Champion: “I never really got the opportunity to wrestle, so just 18 years later, after a lot of people gave me grief, I was like, ‘I want to do it right,’ so I’ve been training with Peter Avalon, a great wrestler/trainer. I’m getting back into [pro] wrestling 18 years later. I just had my first match… It was amazing… Against RJ City. I got my butt kicked, but it’s alright. It was good. It was a good match at Championship Wrestling From Hollywood.”

(Editor’s Note: David Arquette visited WWE Headquarters this past week in Stamford, Connecticut. Ever since then, he has been teasing doing something with WWE on social media. Check out photos from Arquette’s visit to WWE HQ and read his teases about possibly working with WWE by clicking here.)

On Vince Russo thinking his WCW title run would go different than it did: “I actually recently talked to Vince Russo on his podcast, and then, he explained it to me. He said that part of the reason he thought it would be alright because when I first got there, I was running around. I did something with, Jarrett, Jeff Jarrett, and I had his guitar and I went around all the wrestlers and had them sign it. I was just a fan. And he was like, and that was part of the reason I was different. I wasn’t just an actor. I was truly a fan of wrestling, so that’s kind of the idea behind it.”

On having to be talked into agreeing to become WCW World Champion: “Yeah, I said I didn’t think it was a good idea! But, then, after a few minutes, I thought it would be fun just to travel and get a little taste of the business. So yeah.”

Check out the complete episode of the Steve Austin Show podcast featuring David Arquette at PodcastOne.com.