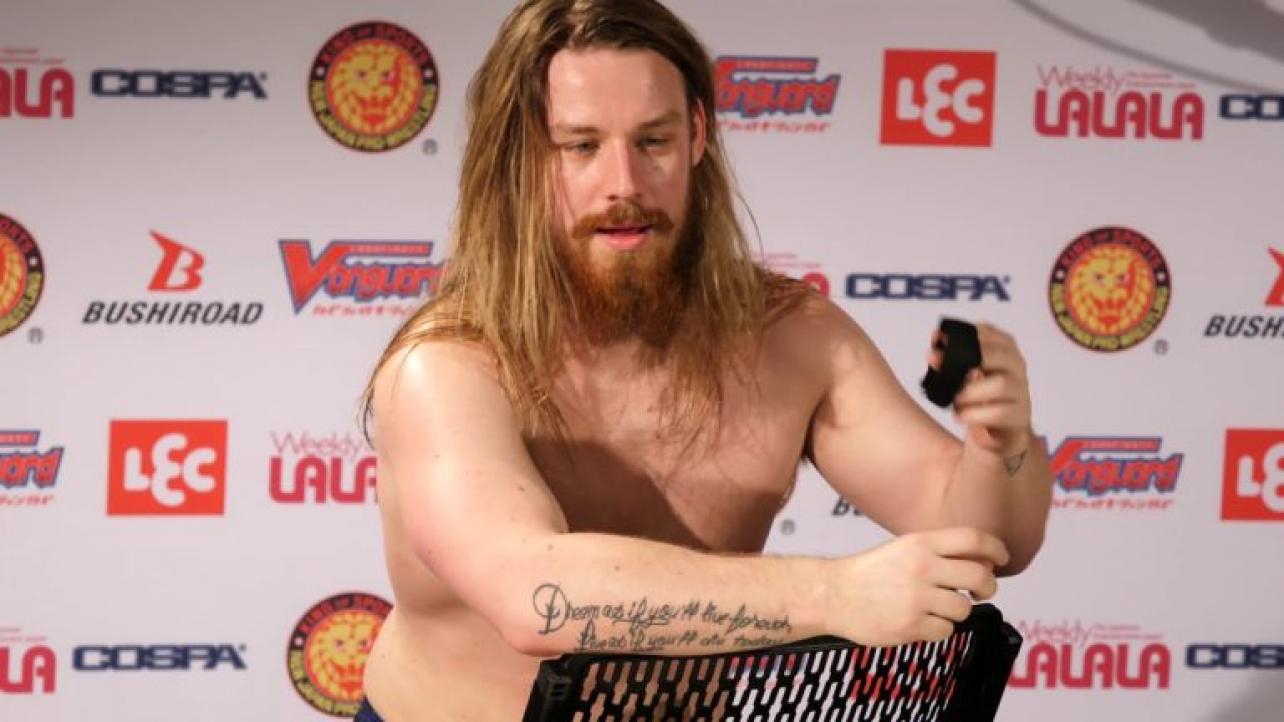 David Finlay Talks About Adjusting To IMPACT Style Of Wrestling

David Finlay recently appeared as a guest on the Wrestling Perspective podcast for an in-depth interview covering all things pro wrestling.

During his appearance on the show, the NJPW veteran of FinJuice talks about how he got his start in IMPACT Wrestling and more.

On his run in IMPACT and how it started: “So I got a text from Rocky [Romero] one day like, Hey, man, do you and juice want to do IMPACT? So of course then I text Juice real quick. I’m like, we’re obviously gonna do IMPACT, right? Like, there’s no way we’re saying no to this, especially with like COVID restrictions in Japan and just travel restrictions all that were kind of like — we spent the last year sitting on our ass, kinda. I like staying busy. I love wrestling. When I don’t get to do it, I’m not as happy. So it was just it was an opportunity to just get back in the ring. So I was like, Yeah, let’s do it and we were kind of off to the races and we’ve loved every minute of it.”

Compares return to IMPACT like attending the first day of school: “That’s a very good way of phrasing is the first day of school feeling because we knew a couple or at least I knew a couple of people I knew Sami Callihan because he had a tour over in Japan and like a handful of other guys saving is another one that comes to mind. But yeah, for the most part, it was like very much the first day of school, like, ‘Hey, what’s up, I’m David,’ trying to figure out where you fit in. Then it was a nice surprise. Everyone was super cool. Like everyone’s good people there. To my pleasant surprise, I found out IMPACT actually has a lot of talent, which made me very happy. It’s something I wasn’t aware of more talent than I realized. So that’s been a nice discovery.”

Talks adjusting to IMPACT’s style: “I think it was just learning a new style of wrestling. Because in Japan, it’s not TV wrestling. It’s a live event, so just adapting from that into like TV wrestling, I think too — I’ve never done it. Then, Juice hadn’t done it since he left NXT. So I think he was rusty. I was just inexperienced at it. So we’re kind of learning on the go with all this. So yeah, it was just like a new experience for us and just trying to figure out like, Alright, well, what works, what doesn’t, you know? What works better, what do we stay away from? So yeah, it’s just like a learning curve for us.”

David Finlay Talks About Adjusting To IMPACT Style Of Wrestling