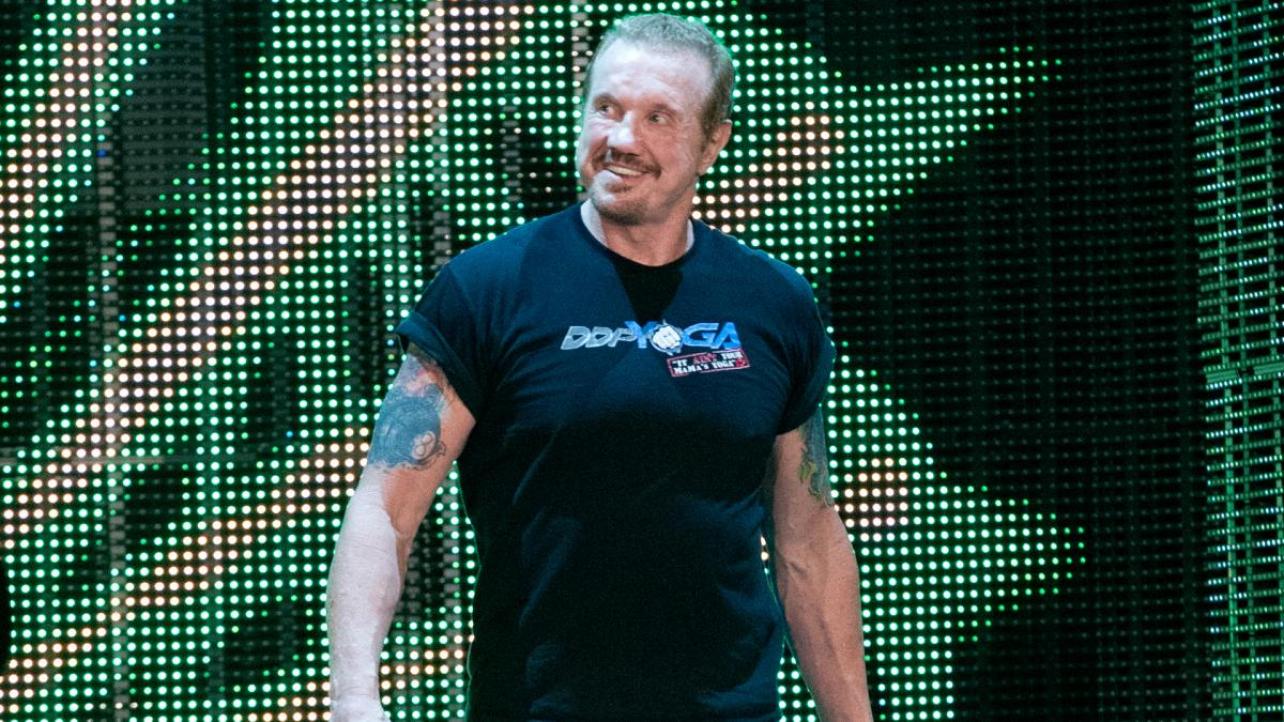 DDP On WWE HOF: Who WWE Should Induct, Being Surprised About Jeff Jarrett

WWE Hall Of Famer Diamond Dallas Page recently appeared as a guest on the Steve Austin Show for an interview. Featured below are some of the highlights.

On Bill Goldberg being inducted into the WWE Hall Of Fame this year: “I love it. I love it. Think about what he did for the business [of professional wrestling] when we were alive and kicking. I mean, he was the man for us. Yeah, he was super, super, super hot. And for him to come back and actually get that run at the end at 50 [years young], and I thought the way they built that, you really have to give props huge to Lesnar because, just being the badass that he is, he did the business all the way through. And I thought the match they delivered at ‘Mania last year, I thought was the best five or six-minute match I might ever seen! I thought it was tremendous.”

On The Dudley Boyz being inducted into the WWE Hall Of Fame this year: “They had some great matches in ECW, but coming right over to the WWE, I thought their transition was awesome, man. And when they left and went to TNA for a while, they got over strong there. And Bubs, he made a rank for himself as a single’s competitor and coming right back with the Dudleys full circle.”

On his hope that Bam Bam Bigelow will be inducted into the WWE Hall Of Fame this year: “The one thing I’m really excited about, and [Austin] tell me if I’m wrong or not, but I heard that my man, Bam Bam. Is that a fact yet? I don’t know that or not, but if that’s a fact, I’ve known Bam Bam since he was 16 years old. I used to run a club in Asbury Park [New Jersey] called Club Xanadu and Bammer would come in there and back then, he was in high school wrestling and he had already shaved his head. And in the summertimes, he was running when he was 17 with a pack called The Breed and they were a biker gang. And Bammer was always a super cool guy, easy to get along with. And he would come walking into a club that was kind of dressy with a couple of The Breed with him and I’d come strolling up behind him, put my arm around him, and go, ‘hey, Bammer,’ because 18 to drink, but he’s 17, but nobody’s going to [question his age] – he looked like he was 22, I’d put my arm around him, I’d go, ‘no trouble in here tonight right, Bammer?’ ‘Oh no, Page, we won’t cause [any] trouble here!’ And I was like, ‘thanks, bro. Keep it clean.’

“He’d come by, maybe he was 18 by the time, 19, and now he starts talking about wrestling and I said, ‘you know, I tried it a few years back’ because at that time, I was 24. I tried it when I was 22. I had a few matches. I was the s–ts and I thought I might hurt my knee. I was running clubs. I was like, ‘I guess my dream was not going to happen.’ But he’s telling me how he wants to be in wrestling and he’s going to do it. I was like, ‘man, just follow your dreams – just go for it’. And then, I don’t know how long [it was] after that I was flipping the channels and I got to WCCW because he was there, right? He was down there in Dallas [Texas], right? Wherever he was, it was on, like VHF TV because I was, like, turning the channels and s–t back then and I said, ‘oh my God! He [has] made it!’ He was totally wrestling and it was on whatever small TV station I happened to get in Jersey! And it wasn’t a year later, maybe two max, boom! He’s doing stuff in WWE. He’s doing stuff with [Scott] Hall.”

On being surprised by Jeff Jarrett’s induction into the WWE Hall Of Fame this year: “Oh, man! I was happy about that. I was pleasantly surprised that that happened because there was a little thing that went down years ago and I don’t know any of the details, but I know it came with a little bit of heat. I don’t know. I heard there was a little bit of heat on that side. I don’t know what it was [about]. I was so glad to see him go it, man. I text him all the time. Not all the time, but we text because he’s on the program and he’s good with it. And I mean, that guy has some stories.”

Check out the complete DDP interview from the Steve Austin Show at PodcastOne.com.

DDP On WWE HOF: Who WWE Should Induct, Being Surprised About Jeff Jarrett