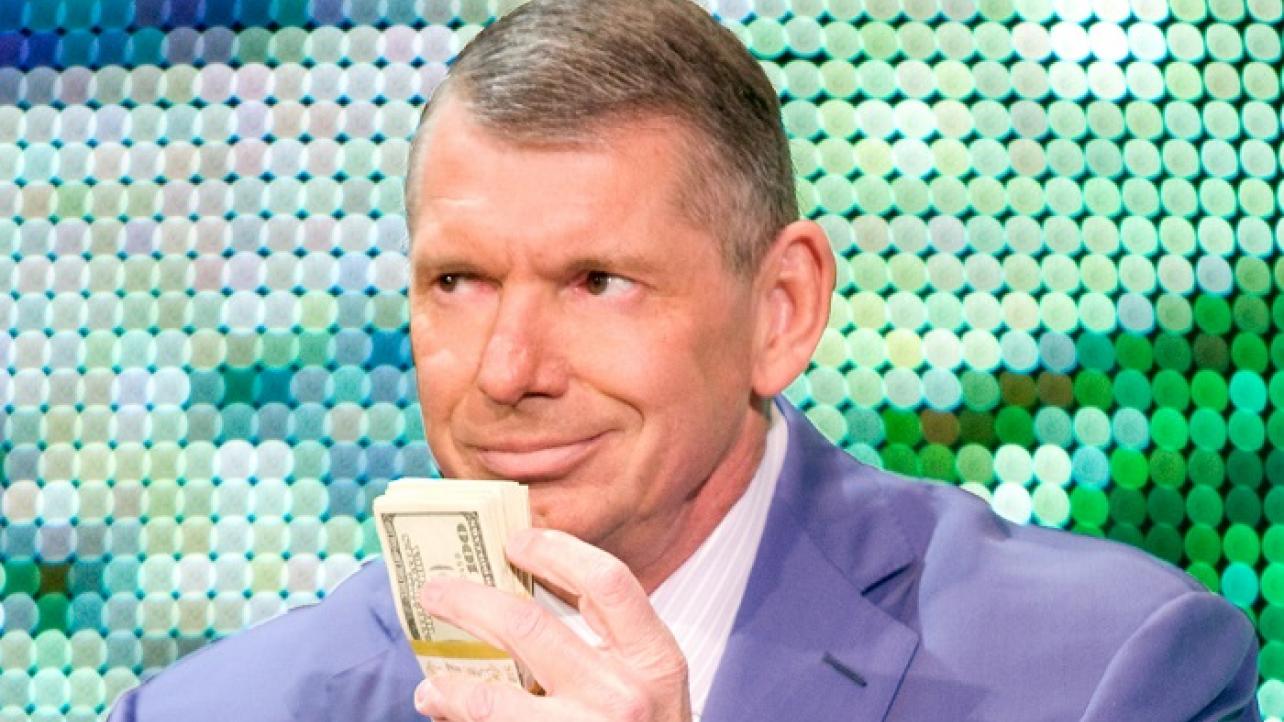 The talk of a potential sale of WWE has picked up once again following WWE Chairman Vince McMahon’s decision to sell 15-percent of his WWE stock.

Deadline has a featured article up talking about McMahon’s recent sale of 15% of his WWE stock, which they equated to basically putting a “sell” rating on the shares.

There was also a quote in the article from Alan Gould of Loop Capital, who noted to investors that a WWE deal where they would sell streaming rights to their PPV doesn’t appear to be happening any time soon.

“The expectation was that if a deal were struck, it would occur in the first quarter, prior to WrestleMania 36, which starts April 4,” said Gould. “We do not believe Mr. McMahon would be entering a prepaid forward contract on 15% of his shares – about 3.5 million of them – in front of such an announcement.”

Additionally, Gould noted that despite the current rough patch, WWE stock should bounce back but not to previously seen high levels:

“WrestleMania will not be the same spectacle it typically is out of the Orlando Performance Center as opposed to Tampa Stadium in front of 70,000+ live fans,” Gould said. “WWE was forced to move WrestleMania to the Orlando Center and air the event without fans. The show will generate less revenue and likely less ongoing WWE Network subscribers.”

Gould continued, “It’s been a driver, responsible for the largest number of gross adds each year to the WWE Network and a recurring monthly revenue generator. However, the event will lose its ticket and most of its merchandise and sponsorship revenue.”

Bloomberg also has an op-ed piece up where they claim the idea was thrown out whether Vince McMahon is ready to sell his company.

Additionally, it also explained the process behind McMahon’s recent sale of stocks.

The speculation centered around whether McMahon, who previously has had no genuine interest in selling WWE, might be wanting to “tap out” due to the overall outlook of cable programming and McMahon’s passion towards the XFL as well as the fact that larger media companies might see a lot of value in WWE’s intellectual property and content.

From the Bloomberg article at Yahoo! Finance:

McMahon, the 74-year-old chairman and CEO of WWE, is now looking to free up funds without relinquishing his control over the wrestling empire. On Tuesday, the company disclosed that McMahon entered into a prepaid variable forward contract, which essentially functions as a cash advance from a bank. The way it works is, McMahon agrees to eventually sell some of his shares at some future date — March 2024, in this case — receiving the money now, but without having to actually turn over the stock or pay taxes on the sale yet.

According to Bloomberg News’s Drew Singer, the bank was Morgan Stanley and the deal priced 2.26 million shares at $38 apiece, representing more than $80 million in freed-up liquidity. In the meantime, McMahon gets to collect the usual dividends on those shares, and he can keep the holdings by settling the contract for cash. The agreement also doesn’t affect McMahon’s other 25 million or so class B shares, which represent just over 70% of the company’s total voting power.

We will keep you posted here at eWrestling.com as rumors of a potential WWE sale by Vince McMahon continue to surface.