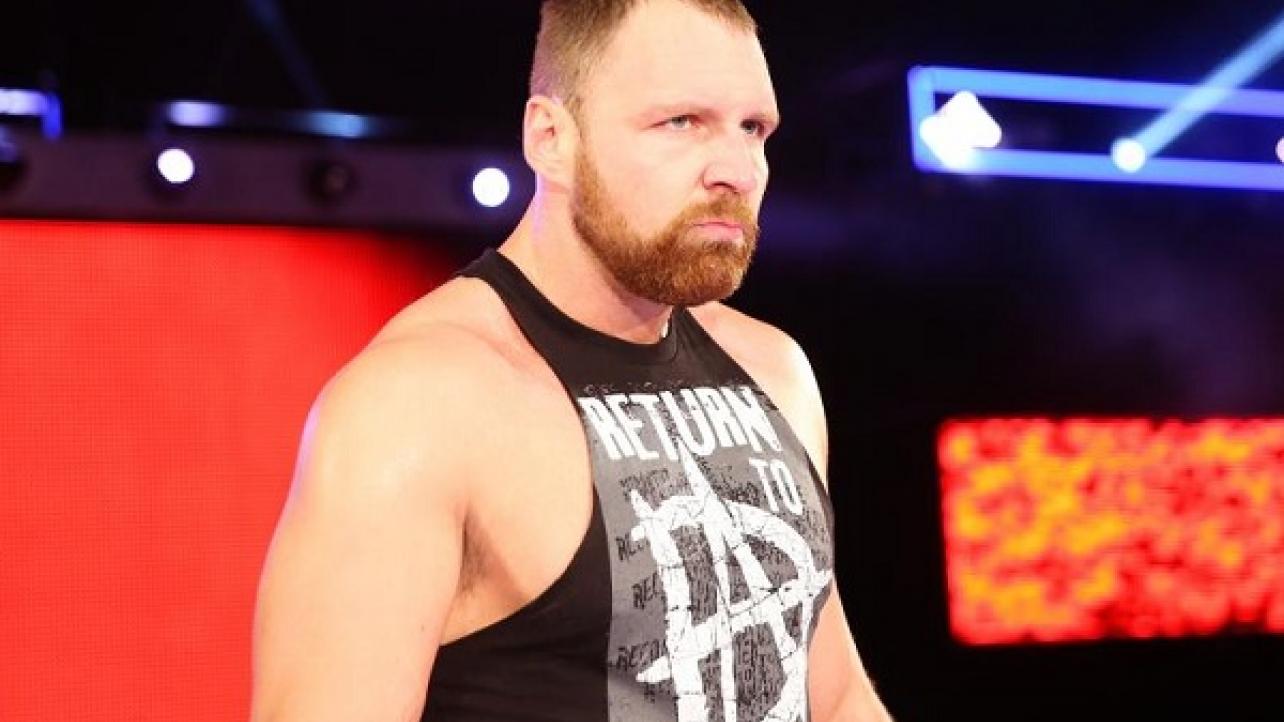 Dean Ambrose recently spoke with the folks from The Monitor to promote this Sunday’s WWE Hell In A Cell 2018 pay-per-view. Featured below are some of the highlights from the interview.

On returning to WWE after nearly passing away following his first surgery earlier this year: “It was just one nightmare after another. It was a pretty challenging period of time to go through. I ended up having two different surgeries. I had this MRSA, Staph infection. I nearly died. I was in the hospital for a week plugged up to this antibiotic drip thing, and I was on all these antibiotics for months that make you puke and crap your pants. So it was a pretty rough time. My arm wasn’t healing correctly, and my triceps. It’s kind of an indeterminate period where I initially hurt it. I thought it was, we call it Dusty elbows. It’s a pretty typical wrestler thing. You just get this bursa sac of fluid on your elbow from banging it on the mat or whatever. I’ve had that dozens of times on both elbows. It usually just goes away. It was kind of disguised. By the time I finally went and got the first surgery, my triceps was already starting to atrophy and look weird. I wasn’t able to flex my triceps for a really long time. And then the first surgery didn’t really, something went wrong in the process. Probably due to that infection. It’s kind of hard to say when that really even got in my body. This is a long answer to your question. But for a minute there, it was getting scary. By the time I got that second surgery, it was March, I think. My arm was so shrunken and skeletal that it was weird. I hadn’t been able to move it or flex it in so long that I was starting to get scared I wasn’t ever going to get it back. To go from not being able to eat my Froot Loops, to being able to get back in the ring and throw people around and throw punches and do everything back to normal, it was a very gratifying feeling.”

On how long after his first surgery was it that he realized he had an infection and would need an additional operation: “It looked good. Before I went in for the first one, they were like, ‘OK, yeah, this is going to be a three- or four-month thing. You’ll jump right back.’ Once I woke up, they were like, ‘Oh man, this is going to be six months minimum. Because we went in there, and that thing was messed up. You beat it to death. It’s going to be a lot harder than you initially thought. But still, not so bad.’ They said they found traces of an infection during the first surgery, but they cleaned it out. I don’t know if it was in there previously, or if it came after. It could’ve been with me for years. I don’t know. But it was about six weeks or so after that I was like, this is not healing correctly. I didn’t have anything to compare it to, because I had never been hurt before. So I ended up going back for just a checkup. I thought I was just going to turn right back around and get on a plane and go home, and they were like, ‘No, you have to go in again for surgery like right now.’ I was like, ‘Oh, no.’ I had just kind of got through all of the stitches and all of that stuff. It was a giant mess. I just kept having to start back from square one. I ended up just moving to Birmingham just to play it safe and be with the doctor and best rehab guys. As soon as I got out of the second one, I was flying home, grabbing my dog, turned right back around, got in the truck and drove to Birmingham. I just stayed there for two and a half or three months until they felt like I was pretty good. Once the MRSA really got out of my system, I was working out twice a day. Rehabbing twice a day on top of that in Birmingham. Doing everything possible to try to get my arm working again, and once I started to come back, I started to make a lot of progress over the summer. So I’m feeling good now.”

On finding the infection: “The tendon was attached when I went in there the second time. But there was all this goo. The environment wasn’t letting it heal correctly, I guess. I’m not a doctor. I don’t know. But they just had to scoop out all this gooey stuff. I didn’t realize how bad it was. If I hadn’t gone in for that checkup, I could’ve gotten seriously sick. It could’ve been even more dangerous. But it all worked out.”

Check out the complete Dean Ambrose interview at TheMonitor.com.