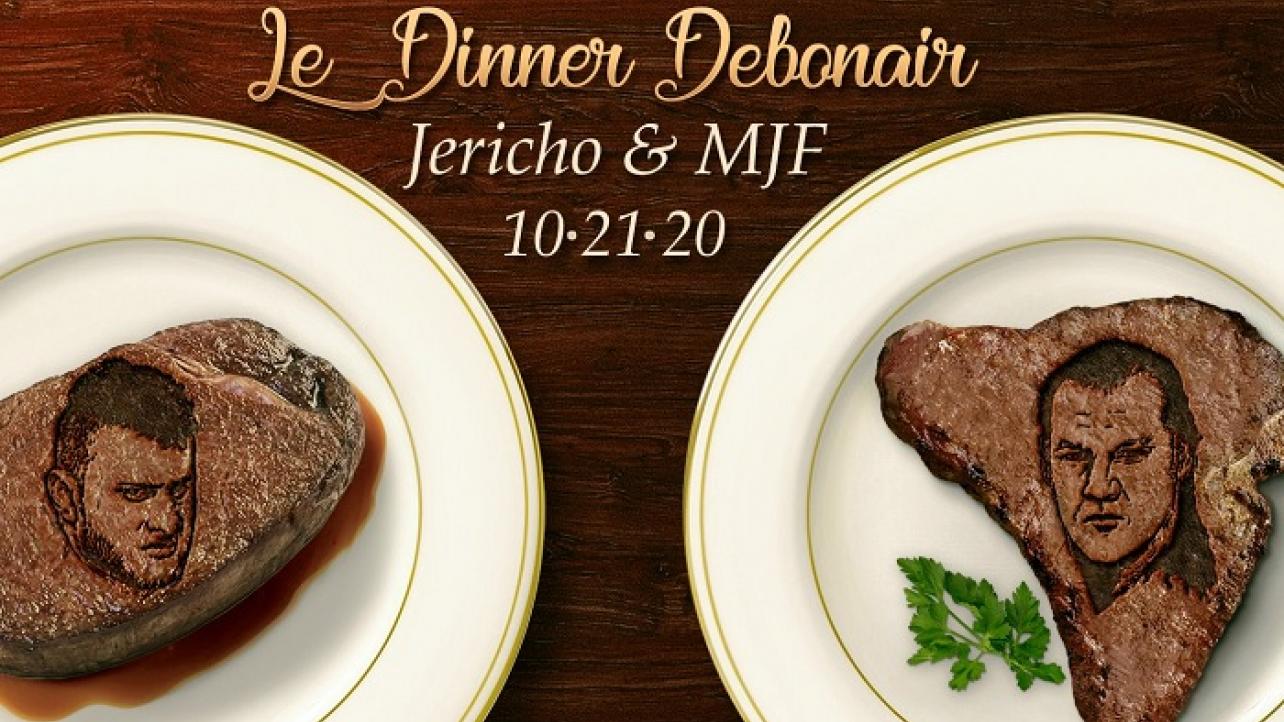 Chris Jericho took to social media on Friday to tout the success of the segment featuring “The Demo God” and “The Ratings Ruler” from this week’s edition of AEW Dynamite.

On his official Twitter feed, “Le Champion” wrote about “Le Dinner Debonair” segment scoring high in the minute-by-minute ratings released for the Wednesday, October 21, 2020 episode of the weekly AEW on TNT program.

The leader of the Inner Circle continued, “Add over a million views on Twitter [and] it looks like our experiment paid off! The Demo God wins again!”

Just saw minute by minute ratings for #LeDinnerDebonair & I’m stoked that almost 800k checked out our song and dance! Fifth highest demo for #AEWDynamite as well. Add over a million views on Twitter & it looks like our experiment paid off! The #DemoGod wins again! @The_MJF