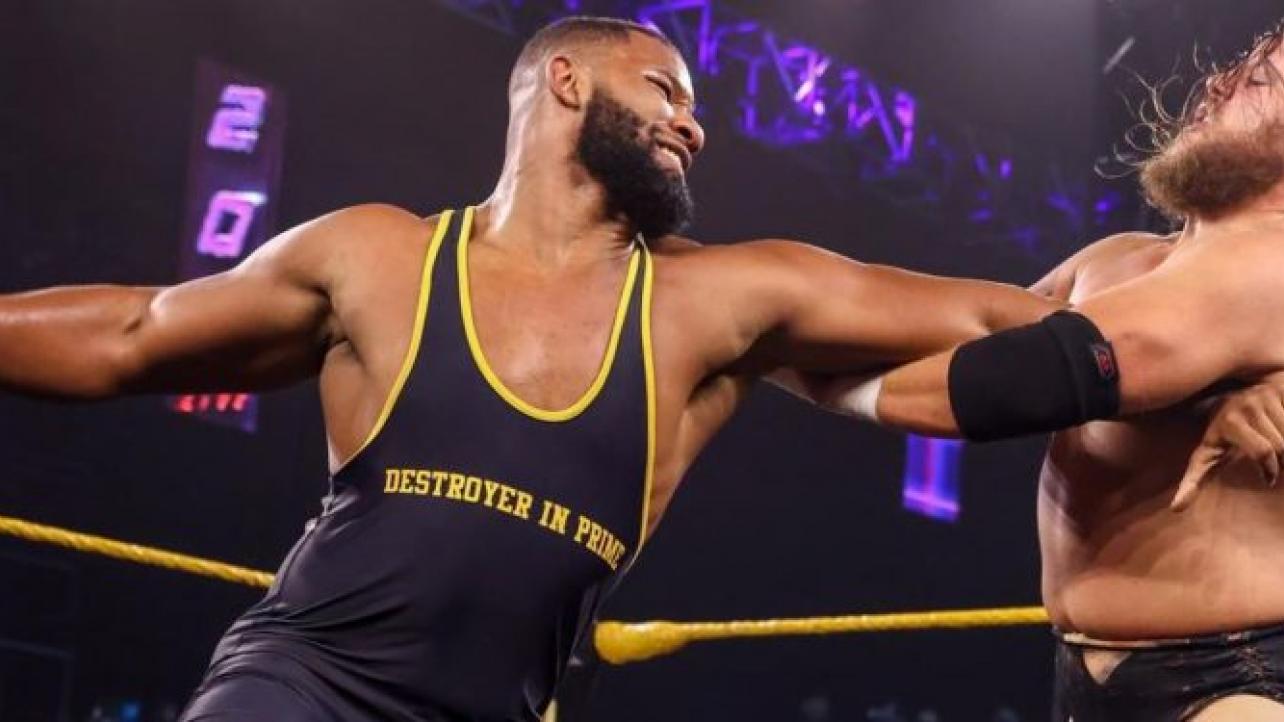 Desmond Troy recently appeared as a guest on the Left My Wallet podcast for an in-depth interview covering all things pro wrestling.

During the show, Troy spoke about some of his plans following his WWE release, Drew McIntyre being an inspiration and more.

Reveals some of his plans following WWE release: “I’m looking to go different places…but see, the thing that was, I think I was misled. It wasn’t on purpose, I think people don’t understand the magnitude of what WWE and NXT is. A lot of people said, even before I got released, it was always a conversation like, ‘You go to the Indies and you’re going to be a shoo-in. People are going to book you like crazy because you’re from WWE and NXT, you got that tag on you.’ You get told that you got the stamp. So, I’m thinking when I got released that people are going to be trying to knock down my door. That’s not the case. I have to go out there and sell myself. Although I’ve been on NXT, SmackDown, Raw, Main Event, and 205 Live; it was only one time I really got to showcase my skills and it was on 205 Live. If we’re being honest, it’s on Peacock and you really have to search for that, it’s not something really in your face. I didn’t really get to show what I was made of. my matches was basically matches for the other guy, which I was fine with. The people that hit the ground running when they came back to the Indies from WWE were people consistently on WWE or they were on the Indies first and had already built their name so if they didn’t get to showcase their skills on WWE, they already had their name and people were excited to book them.”

Names Drew McIntyre as an inspiration for returning to WWE: “It’s a clean slate, but it’s a little scary. It’s also exciting because you hear stories and you hope that you’re not one of them, you want to be a success. People would love to be Randy Orton, a WWE lifer, but that doesn’t happen. Those stories you hear, like Drew McIntyre, who was projected as a future, I don’t know if he got stuck in a rut, but he got released for whatever reason. Then, he comes back and he becomes champion. You hear that and it sounds great, but people don’t remember or think about how it feels when he was doing the climb back, it probably wasn’t always sunshine and rainbows.”

Check out the complete interview at F4WOnline.com. H/T to Fightful for transcribing the above quotes.

Check out the complete interview at F4WOnline.com.