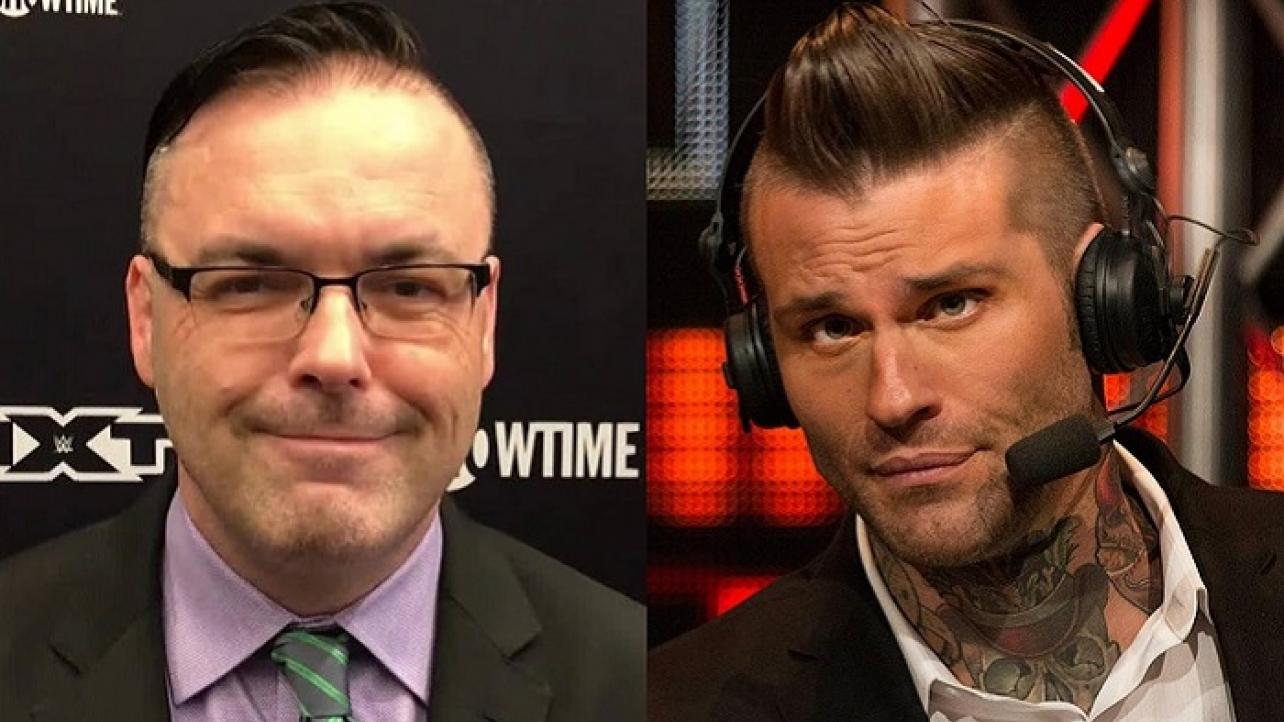 On the latest Wrestling Observer Radio at F4WOnline.com, Dave Meltzer discussed the Mauro Ranallo situation and how Ranallo deactivated his Twitter and ended up not working the Survivor Series PPV despite being scheduled for it after a tweet directed to him by peer Corey Graves.

Meltzer noted that Ranallo and his friend/manager Frank Shamrock were very upset but he didn’t quit and things are “fine” between Ranallo and WWE and that he is expected to be there on Wednesday in his regular spot at the NXT commentary booth.

Meltzer went on to say that WWE wasn’t happy with Graves though he wasn’t taken off of Survivor Series while the company is sympathetic towards Ranallo and don’t want him to quit or leave.

Graves for his part must have heard the report by Meltzer and had this to say:

My phone works. You’re a “journalist,” right? You can find my number.

We will keep you posted here at eWrestling.com as more updates on the Mauro Ranallo / Corey Graves story continue to surface!