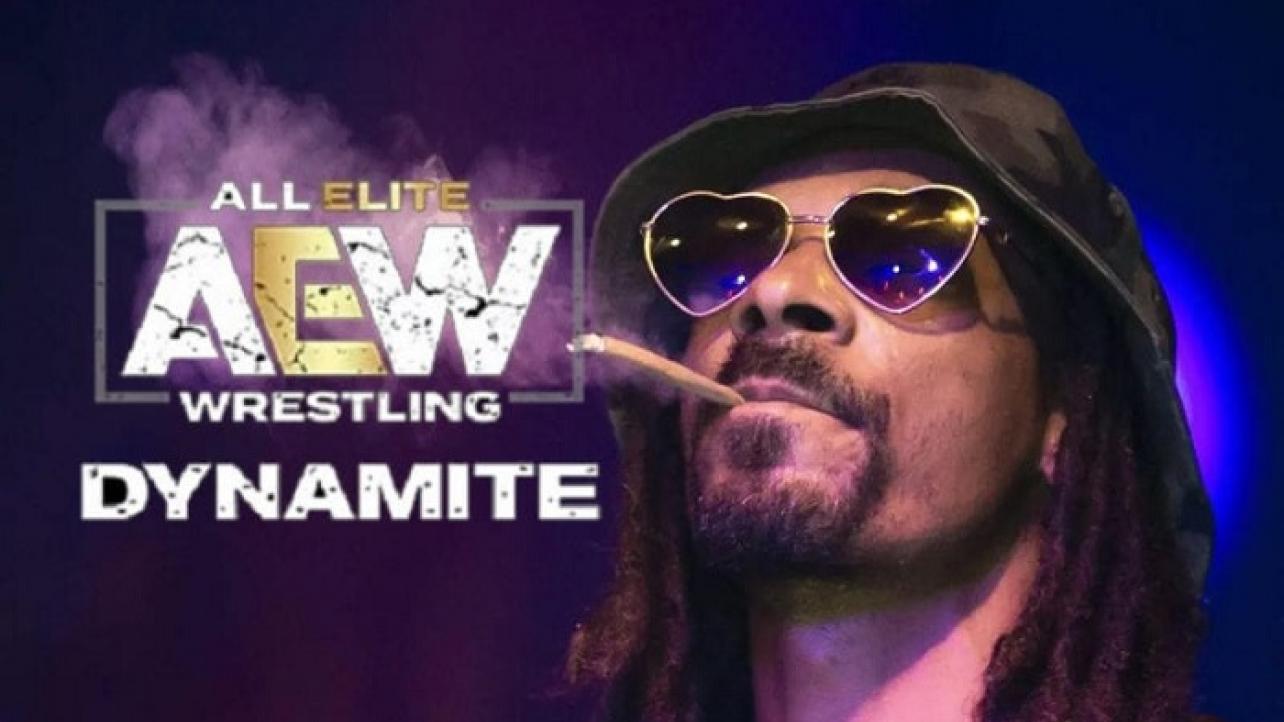 AEW announced on last week’s episode of Dynamite that hip-hop icon Snoop Dogg will be appearing as a special guest on their January 6th New Year’s Smash Special, one night before his premiere of the TBS series the “Go Big Show,” which he co-hosts with top company superstar Cody Rhodes.

According to Dave Meltzer of the Wrestling Observer, Snoop Dogg will be used as a commentator for the evening’s events. The rapper received universal praise for his commentary on the Mike Tyson and Roy Jones Jr. showdown, even becoming one of the top trends on Twitter during the super fight’s broadcast.

Snoop Dogg was inducted into WWE’s Hall of Fame back in 2016, becoming the first musician to do so.