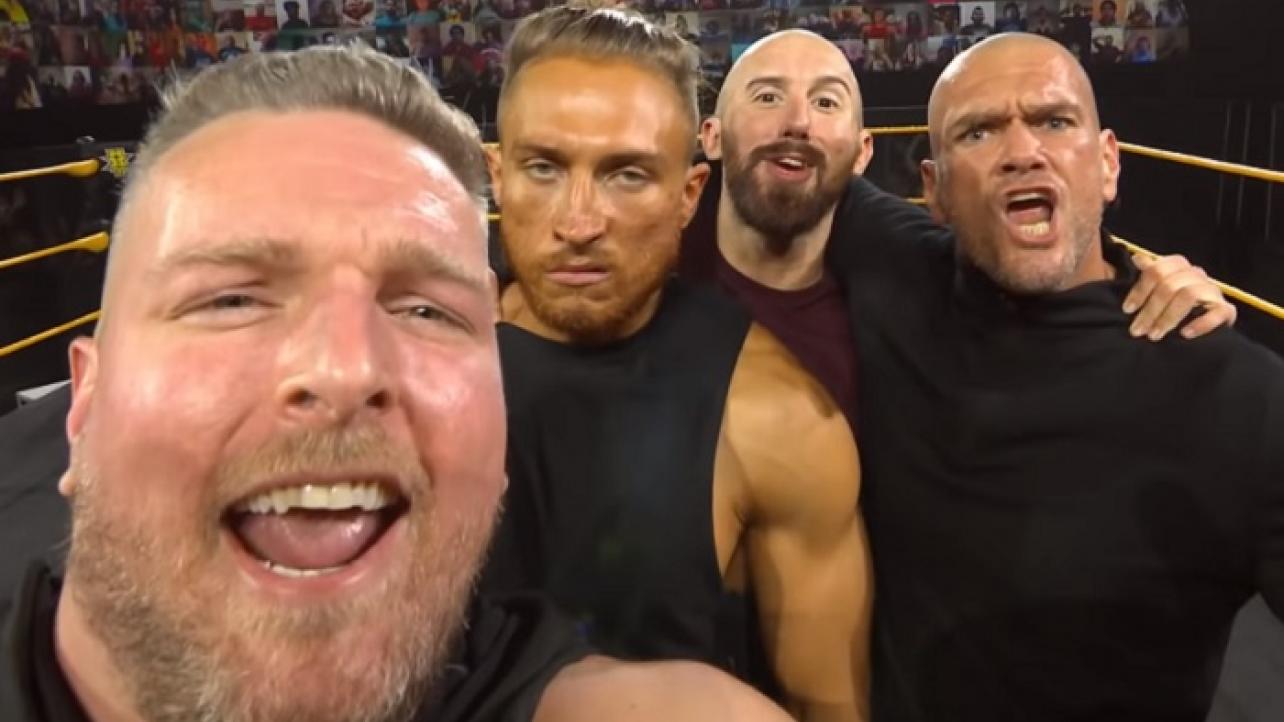 Details On What To Expect On This Week’s WWE NXT Show, Reigns/Uso Dominance Continues (Videos)

WWE released the official trailers for this week’s episodes of NXT and Friday Night SmackDown during the Monday Night Raw broadcast on USA Network last night.

The official video preview for the Wednesday, November 11, 2020 episode of WWE NXT on the USA Network, which goes head-to-head against the post-AEW Full Gear 2020 edition of AEW Dynamite on TNT in the latest chapter of the weekly Wednesday Night Wars, features North American Champion Johnny Gargano, as well as Pat McAfee and the Tag-Team Champion “Kings of NXT.”

Check out the trailer for the 11/11 episode of WWE NXT courtesy of the official WWE YouTube channel below. The synopsis for the show reads: “The NXT North American Champion looks to break his unlucky golden streak, and Pat McAfee and “The Kings of NXT” look to light up NXT this Wednesday. Catch WWE action on WWE Network, FOX, USA Network, Sony India and more.”

Xia Li vs. Raquel Gonzalez has been added to the lineup for this week’s show. Also on tap for the show on Wednesday night is Breezango challenging “The Kings of NXT” — Tag-Team Champions Oney Lorcan and Danny Burch, as well as North American Champion Johnny Gargano against a mystery opponent.

For this week’s blue brand program, which will be the second-to-last episode of the weekly WWE on FOX television show leading up to this month’s WWE Survivor Series 2020 pay-per-view, “The Tribal Chief” Roman Reigns and his cousin Jey Uso are prominently featured.

Check out the trailer for the 11/13 episode of WWE Friday Night SmackDown courtesy of the official WWE YouTube channel below. The synopsis for the show reads: “The Universal Champion looks to continue asserting his dominance on the blue brand with his cousin Jey Uso by his side. Catch WWE action on WWE Network, FOX, USA Network, Sony India and more.”

Make sure to join us here at eWrestling.com this Wednesday, Nov. 11 and Friday, Nov. 13, for the best live results coverage of the WWE NXT and WWE Friday Night SmackDown shows on the web!

Details On What To Expect On This Week’s WWE NXT Show, Reigns/Uso Dominance Continues (Videos)