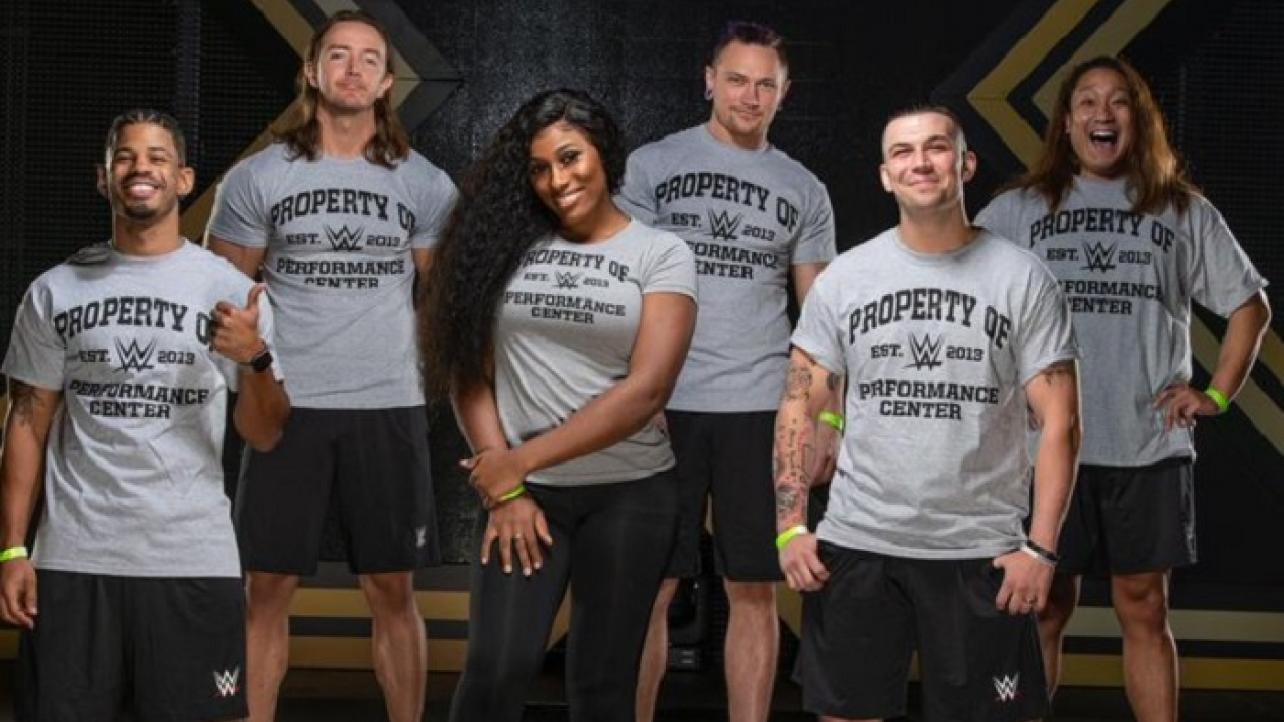 On Wednesday, the company issued the following announcement regarding the latest class of recruits at their official training facility in Orlando, Florida.

Check out the announcement and photos of the new class of WWE PC recruits below.

The latest class of recruits has reported for training at the WWE Performance Center in Orlando, Fla. The group brings a wide array of experience to the WWE PC, including independent and international wrestling experience as well as in professional sports.

Deveon Everheart Aiken, better known to fans as Dezmond Xavier, brings a dazzling array of aerial offense to the PC. Aiken, a nine-year-veteran of the squared circle, has competed for promotions including Combat Zone Wrestling, Pro Wrestling Guerrilla and Impact Wrestling.

Zachary Green, aka Zachary Wentz, is a frequent tag team partner of Aiken’s. The 26-year-old Ohio native is also a former MMA fighter.

Alex Brandenburg competed under the name Alex Zayne on the independent scene. The Kentucky native has made a name for himself in promotions like Game Changer Wrestling, Black Label Pro and Ring of Honor during his 15-year career.

Sojiru “Ikemen” Higuchi is a 26-year-old wrestler from Japan who was trained by former United States and WWE Tag Team Champion Tajiri, and he has competed for Wrestle-1 and All-Japan Pro Wrestling.

Twenty-three-year-old Georgia native Anriel Howard played college basketball at Mississippi State and Texas A&M. She was selected in the 2019 WNBA Draft, and played professionally for the Seattle Storm.

Russ Taylor of Phelan, Calif. brings plenty of global experience to the WWE PC. Taylor has competed for wXw in Germany, as well as in Japan and across the United States.

For more information on the WWE Performance Center, visit WWEPerformanceCenter.com.

Check out photos of the new WWE Performance Center recruits via the following tweet embedded courtesy of the official WWE Twitter feed.