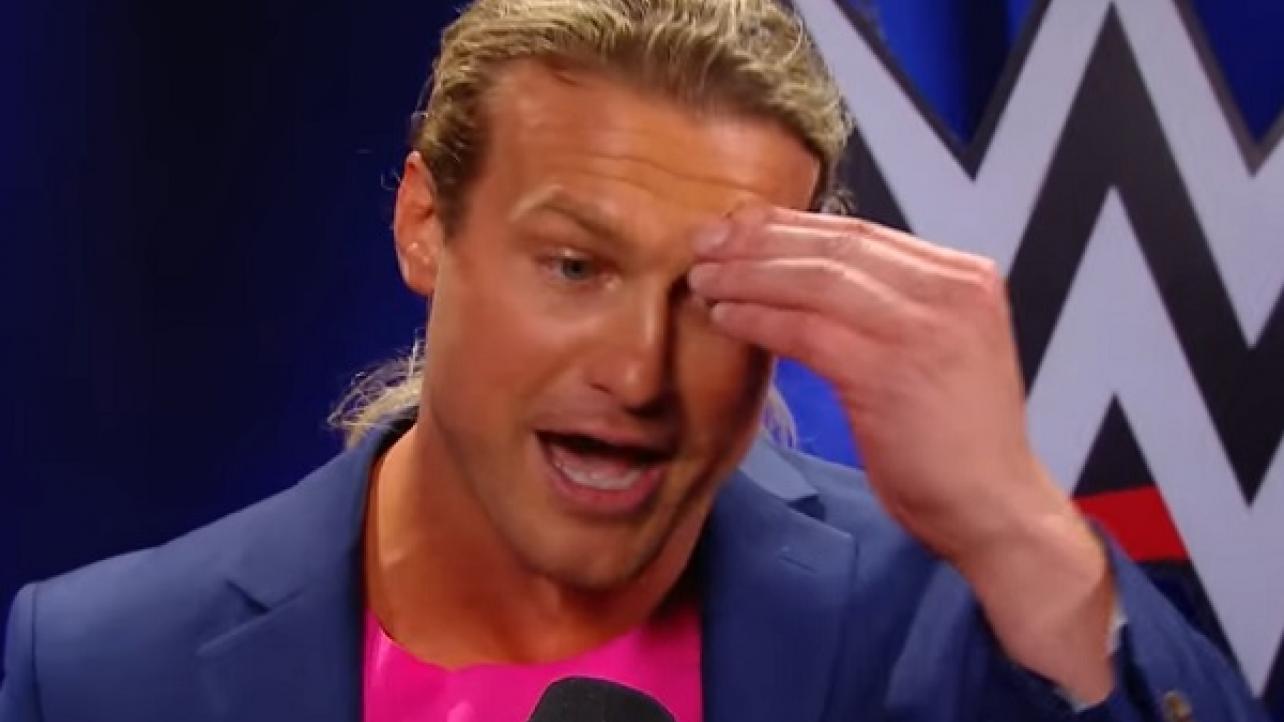 Dolph Ziggler recently appeared as a guest on Edge and Christian’s podcast, E&C’s Pod Of Awesomeness and made some very candid comments about his WWE career and potential future plans. Below are some of the highlights from the interview.

On the perception from fans that he has been overlooked by WWE for years: “I see it both ways. Like, I don’t know. I’m not a giant guy, so maybe in some other world I would have worked here [in WWE] for a year-and-a-half as a caddie and a cheerleader then went away. But, so, I see the positives, like, ‘hey, man, I’ve been here for 12 years and almost always regularly on TV, but I think, at a point, that becomes a burden of not going away, of always being passed over. You’re passed over a handful of times over a couple of years then you start to have more of a cult following and it gets hot. But after a couple of years of not having the trigger pulled, and the eight year-old kids know you’re in that role, I’ve noticed in the last couple of years, even my live event matches, it’s harder for me to do my job because when I come out the 10 year-old kid goes, ‘I know you’re losing’ and I go, ‘oh crap’ because it’s one thing to have 40 year-old guys going, ‘I know what’s going to happen – that’s fine. I’m here – they put on a show and we still have fun,’ but when you get in that role and you miss, like, years of not going with it, it becomes a burden.”

On losing credibility with the audience and how it affects his ability to do the role WWE has him fulfilling: “Now, my job of making somebody that should be ready for a world title picture becomes harder and it’s not as much of a shove and if you see the last six months, a year of TV, basically, I’m a gatekeeper to the guys from NXT coming up that they have high expectations for, but if I lose for eight consecutive months before they show up, they are no longer getting that pat on the back to go up a notch, so I almost feel like it’s taking back from my role. So I don’t know what the change would be, either be to switch things up, disappear here and there, or, I’ve said this to the boss on several occasions, I go, ‘I’ve made a career out of almost never winning, which is awesome,’ but I go, ‘at some point, I have to be seen as someone who can win, not just by pulling a needle out of a haystack or a lottery ball saying tonight is finally going to be the night because then it loses all of that lustre.'”

On wanting to be a bigger part of WWE’s show: “I hate it, but also I’m someone who hates that I’m not champion. I hate that the show’s not about me because that’s the mentality you should have if you’re in the business [of pro wrestling]. If you’re there to be, like, ‘hey, I’m that opening guy that works for 10 years and can save a bunch of money,’ that’s great, but there [are] 1,000 other guys that are sitting in the back that are saying, ‘I want to be the best. I want to main event WrestleMania. I want the show to be about me.’ And so, you have to have that mentality, but I’ve also been around long enough to know the score, to know what’s going on, so I hate being in that position. I think I should be a bigger part of the show, but so does everybody else, but not everybody else has proven that, so I feel like after a while, proving it so much, even that becomes a thing like, ‘sorry, you have the curse of the worker’ or ‘hey, you’re kind of like our Shawn Michaels guy who can work with anybody and it could seem like a main event somewhere.’ And I go, ‘well, that shouldn’t be a bad thing, but sometimes it is.”

On possibly leaving WWE soon: “I have a very short amount of time left to figure out if I want to do that again or if there’s something to reach for. All I could reach for is fun-ass matches and tearing it down on the weekends because it doesn’t seem to be a specific great prize to be reaching for here that I can attain, so I can be patted on the back and told, ‘you’re our guy – you’re our Shawn Michaels. You’re so good at this – we can’t do this without you!’ and then kind of see a bunch of guys not in that position coast right by. So there [are] no feelings hurt. It’s a show business thing where I love it and in a very short time, I will have to decide if I need to go away and do my own thing or if I need to find a different role here.”

On his current role as gatekeeper in WWE: “Gatekeeper is a great spot for someone who hasn’t been world champion, who doesn’t excel at the seven out of the possible eight things you can do here as a sports entertainer and it’s really weird that I can’t get more, but trust me when I say I’m knocking on the door every other day and almost demanding it, so we will see what happens in a very short while, but I would love to keep doing this, just at a different level and I need to know that the company is on my side with taking it to another level, so I can give back and help at another level.”

Check out the complete Dolph Ziggler from E&C’s Pod Of Awesomeness at Art19.com.