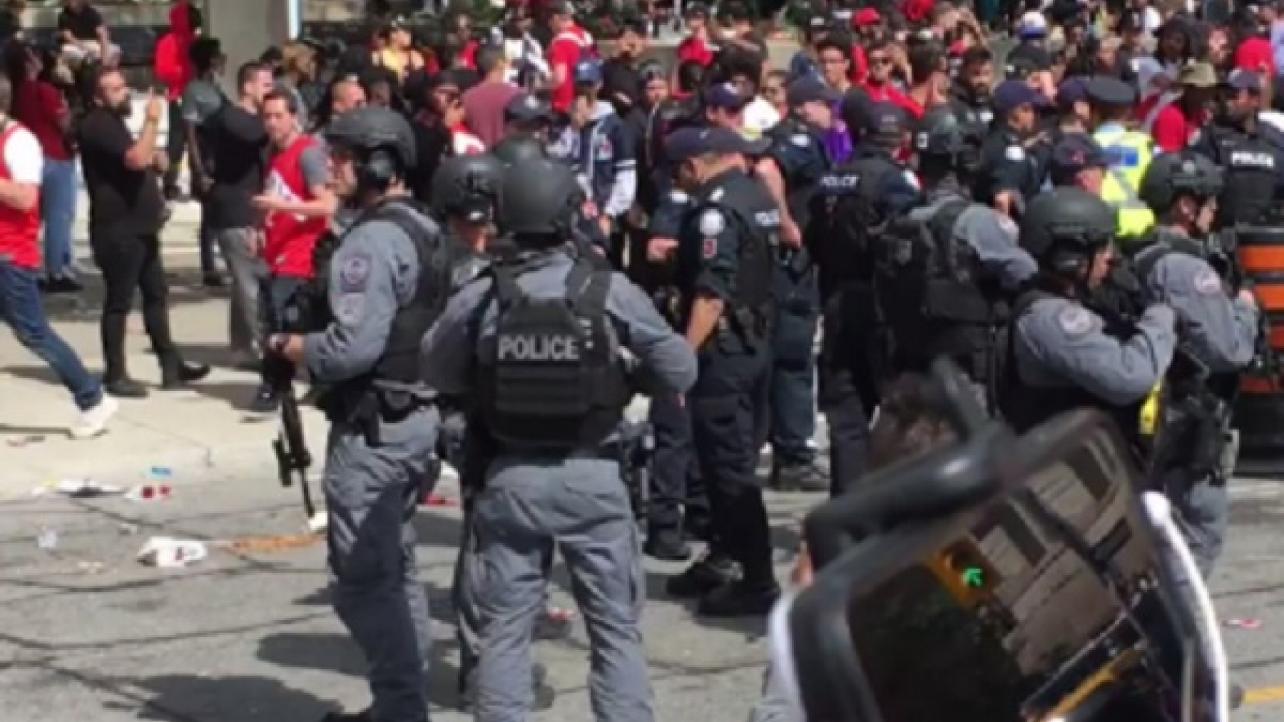 The pro wrestling world was tied-into, and affected by, the tragic shooting at the Toronto Raptors’ victory parade in Canada on Monday.

The parade was held to celebrate the franchise’s first-ever NBA Championship, as the Toronto Raptors defeated the Golden State Warriors in six games (4-2) to become the NBA Champions of 2019.

Callis took to social media to note that he got to safety in a nearby basement with several other “terrified” fans.

“Shots fired in Eaton Centre and I am trapped with terrified people in the basement,” wrote Callis via his official Twitter page (@CyrusOverHuge) on Monday afternoon.

Toronto police have reported that the situation is an ongoing investigation but revealed that they currently have two suspects in custody, and have recovered two firearms at the scene.

NOTE:For more information on the story, check out the following article on the subject at ESPN.com. There is also an ongoing article that is being updated with the latest news coming out of this story at the popular celebrity-gossip website, TMZ.com.

Fans running after a shooting near the Toronto Raptors Championship Parade.

ppl have been running from the back of the stage for some reason. hope everyone’s safe. #RaptorsParade pic.twitter.com/HRoeTZ4val