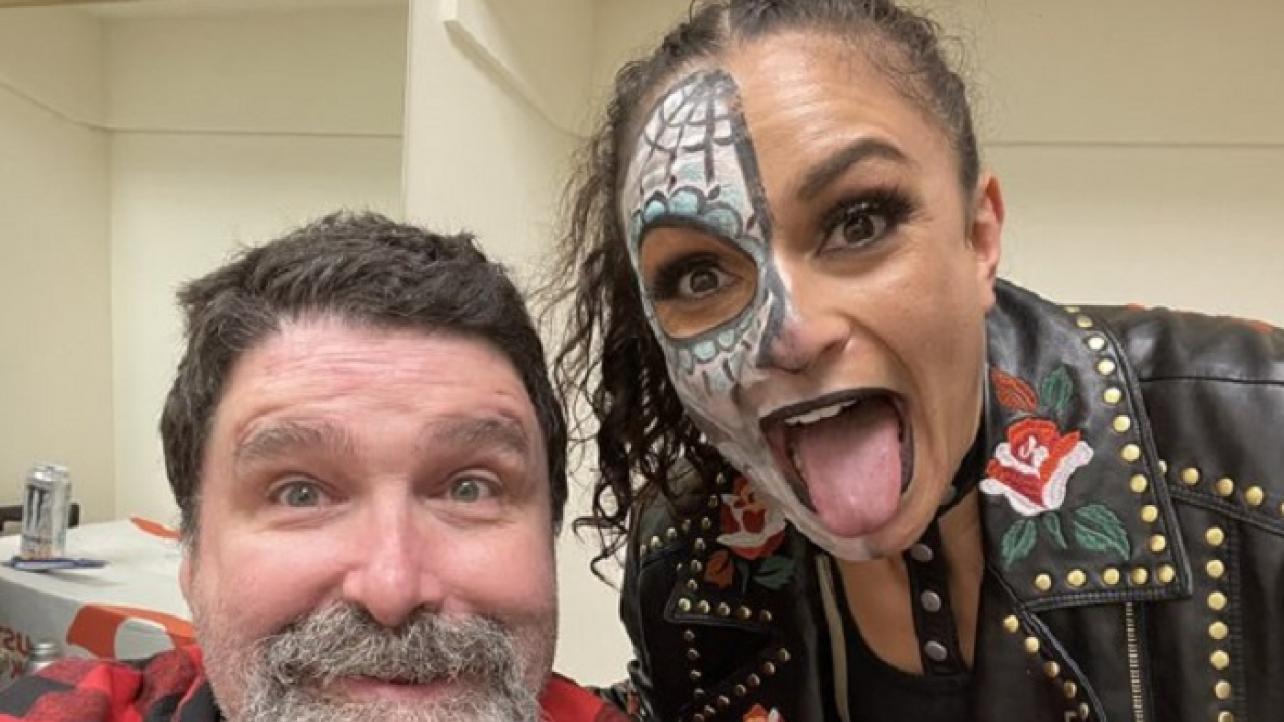 AEW Women’s Champion Dr. Britt Baker took to social media this week to fire back at another “Hardcore Legend” for giving praise to the wrong member of the AEW women’s roster.

Baker responded to a tweet posted by WWE Hall of Fame legend Mick Foley, which included a photo of himself with Thunder Rosa along with a caption that read: “THUNDER! What a pleasure to meet the true women’s #HardCoreLegend @thunderrosa22 Sorry @RealBrittBaker”

Baker shot back with a photo of herself covered in blood from their unsanctioned match and simply wrote: “Try again.”

Foley did, in fact, try again.

“The Hardcore Legend” took to his keyboard once more and typed out this response to the current top dog in the AEW women’s division.

“Last time I checked, Britt, it was @thunderrosa22 who picked up the W. Maybe a rematch is in order.
@TonyKhan…want to help settle this argument?”

Baker got the final shot in with an additional response, firing back at Foley’s reply, writing: “So why is my face the one people remember? You lost Hell In A Cell, too. At least I kept my teeth.”

So why is my face the one people remember?
You lost Hell In A Cell, too. At least I kept my teeth. https://t.co/GvARqjH2Wh