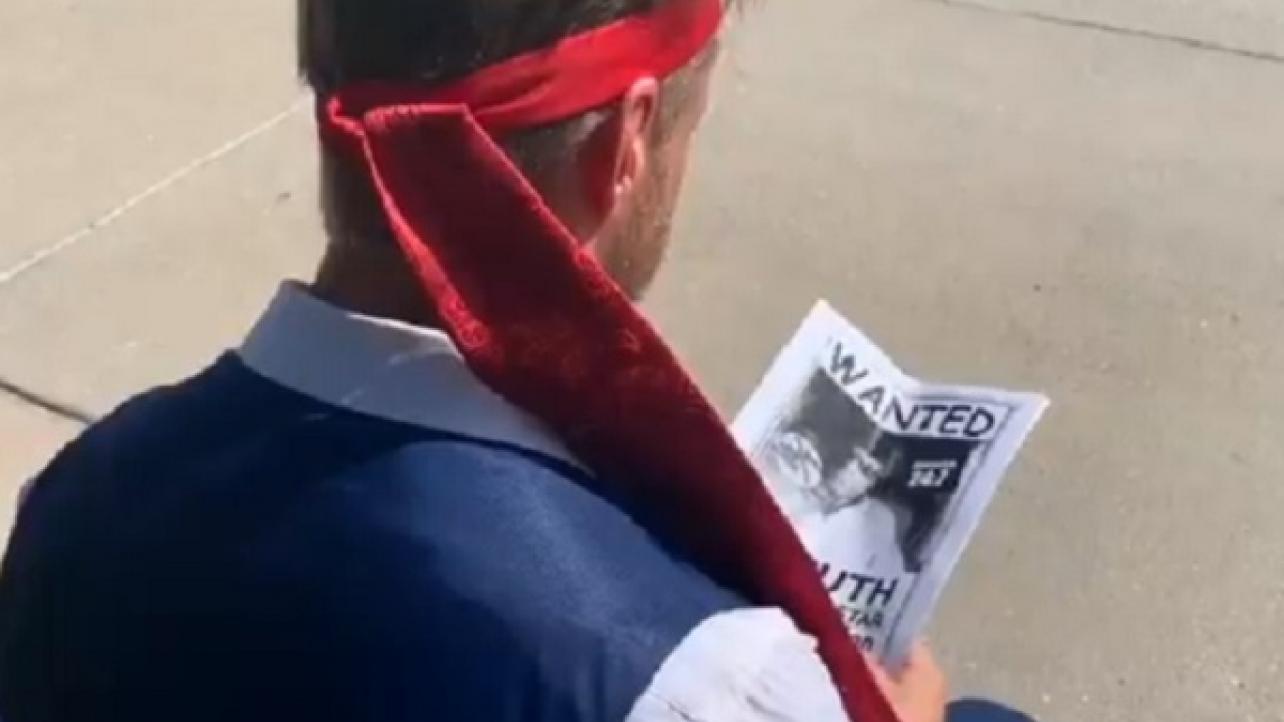 The 205 Live General Manager experienced the happiest and most disappointing week in his life, all at the same time, when he tied the knot with his longtime sweetheart and lost his WWE 24/7 Championship back to R-Truth in the process.

Maverick married longtime girlfriend Renee Michelle at a wedding ceremony held earlier this week. As noted, R-Truth crashed the ceremony after Maverick gave his vows, attacking the 205 Live G.M. and pinning him with a referee and camera crew on hand, to win back his WWE 24/7 Championship.

On Sunday, Drake Maverick took to social media to release a video of himself looking depressed. The video shows the 205 Live G.M. seated at a bench, still wearing the suit from his wedding, but with his jacket open and his tie wrapped around his head.

Maverick, looking down-in-the-dumps, grabs his “WANTED: R-Truth” poster and looks at it disappointingly before slowly getting up, looking out at the distance and walking off into the sunset as Simon and Garfunkel’s “The Sound of Silence” plays in the background.