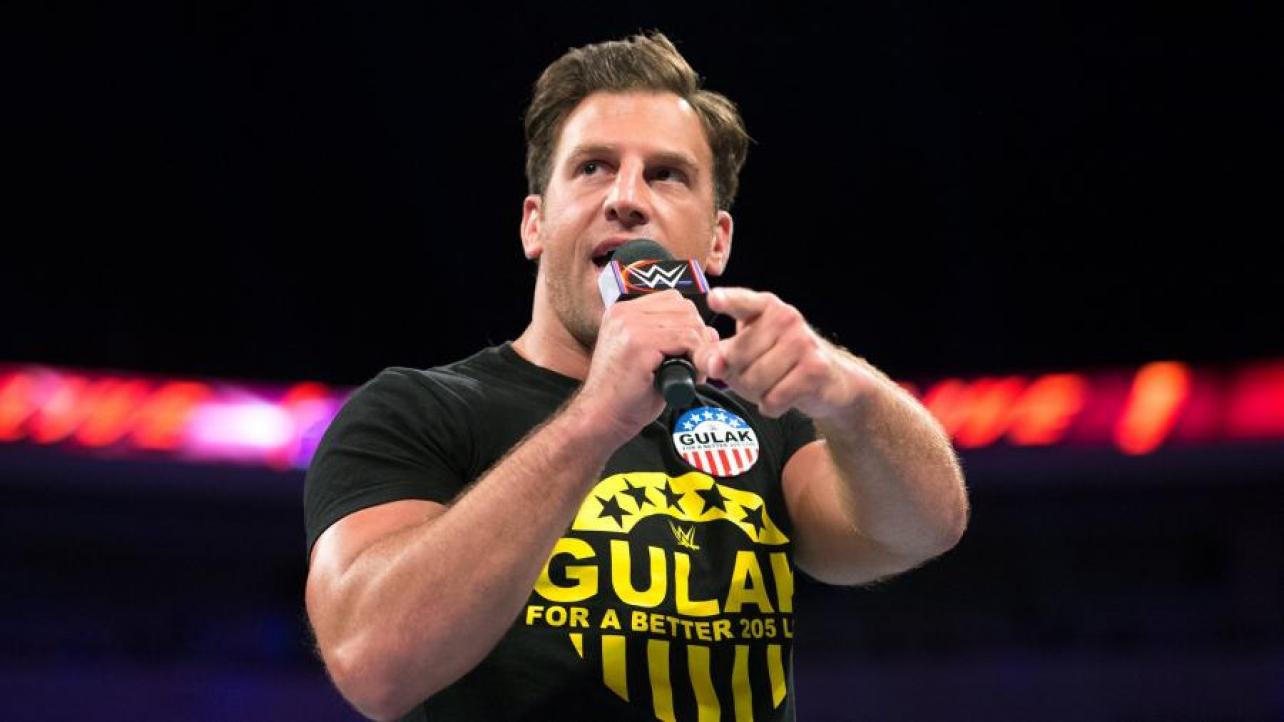 Drew Gulak On Triple H Taking Over 205 Live, Who He’d Like To See In WWE

Drew Gulak recently appeared as a guest on Sean Waltman’s X-Pac 12360 Podcast for an in-depth interview. Featured below are some of the highlights.

On how much of his character is his own creation: “It’s all me. I mean, I definitely turn it up for the show and stuff like that but it’s been cool being in WWE. It’s a collaborative process here. Because there are so many different people you know in creative positions, but they’ve been really receptive to working with our ideas and getting the most out of that.”

On if his promos are written for him: “They are mostly written for me, but we are given freedom to manipulate them or make it sound more natural. A lot of guys will come in here and they’ll just see what’s written on the paper and go, ‘Ah, I can’t do this.’ And they’ll go out there and do their own thing or they’ll have it rewritten for them. I try to do my best with what I’m handed… If something doesn’t connect I’ll speak up or if something doesn’t’ look right I have no problem mentioning it.”

On Paul “Triple H” Levesque taking over 205 Live: “I think originally it was his [Triple H] concept coming out of the Cruiserweight Classic. It was very much Triple H’s idea to bring in a Cruiserweight division and build this brand up. And as soon as we came over, Vince was like ‘hey this is great, let’s run with it,’ and he kinda took the ball and ran with it. Up until the last couple weeks, they basically went to the idea of basically having a tournament again to rechristen the new Cruiserweight Champion. That’s pretty much been under the guide of Triple H.”

On who he would like to see in WWE: “Well we were talking about Joey Janela, he’s someone that has come through the CZW school and worked hard later on in his career and lately he has just been doing a great job. He’s proven to me, that if he has a goal or is set on something he can go out and achieve it. So, really it just comes down to if you really want it , if you’re willing to do the things to kinda adjust and get here, I think it is within reach for some people.”

Check out the complete Drew Gulak interview from the X-Pac 12360 Podcast via iTunes.

Drew Gulak On Triple H Taking Over 205 Live, Who He’d Like To See In WWE