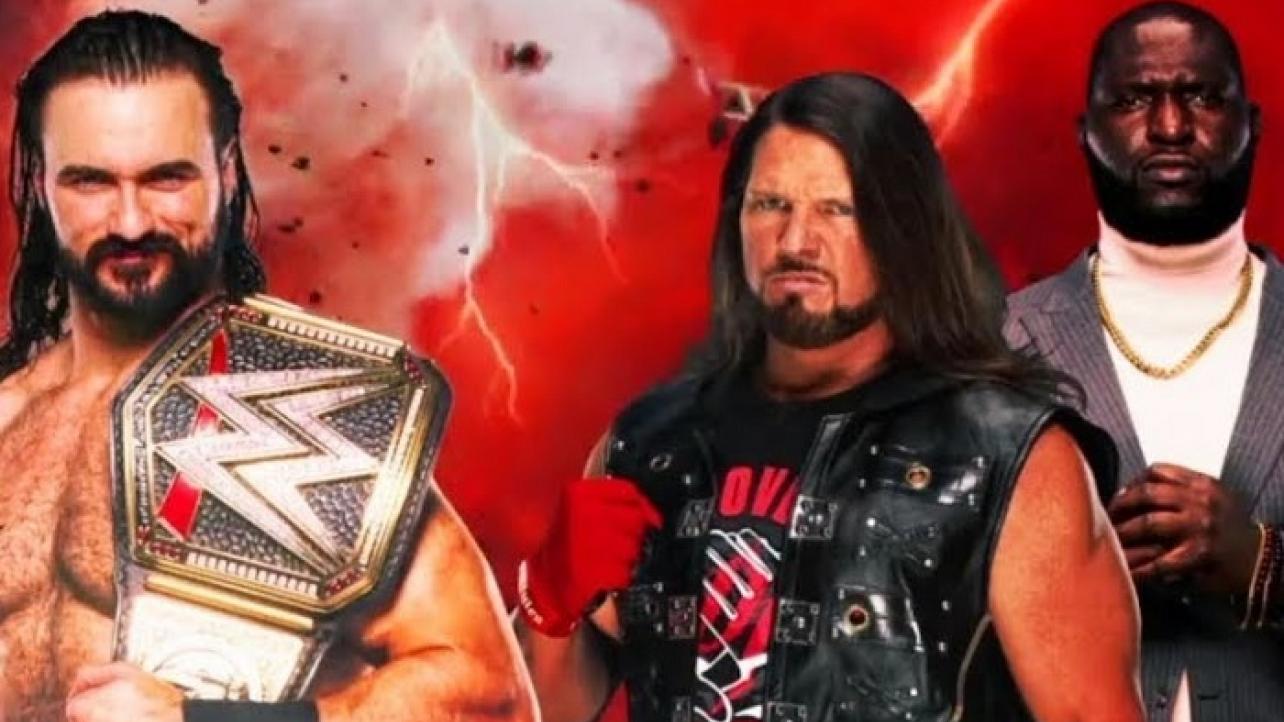 Drew McIntyre has wanted to stand across from AJ Styles inside the squared circle since he was a teenager.

Featured below are some of the highlights of comments “The Scottish Psychopath” made about “The Phenomenal One” during his appearance on the 12/7 episode of Raw Talk on the WWE Network.

On this match is highly-anticipated by the WWE Universe: “This is a match that the fans are buzzing about. I’ve seen social media, everyone’s excited, for the first time ever it’s Drew McIntyre vs. AJ Styles. Me, personally, I’ve wanted this match since I was 16 years old. I started training at 15, and AJ was setting the world on fire back then (he’s a few years older than me). So, I’ve been waiting for this match for a long, long time.”

On Styles having an advantage in the TLC stipulation: “Technically, this is a match where AJ might have the advantage with ladders involved. He’s got the big man [Omos] by his side. I’ve had the odds stacked against me before, and I’m going to overcome.”

Watch the complete episode of WWE Raw Talk from December 7, 2020 right here at eWrestling, including the appearance by WWE Champion Drew McIntyre where he talks about his upcoming WWE TLC 2020 pay-per-view showdown against AJ Styles by clicking here.

Make sure to join us here at eWrestling.com on 12/20 for live WWE TLC 2020 results coverage!