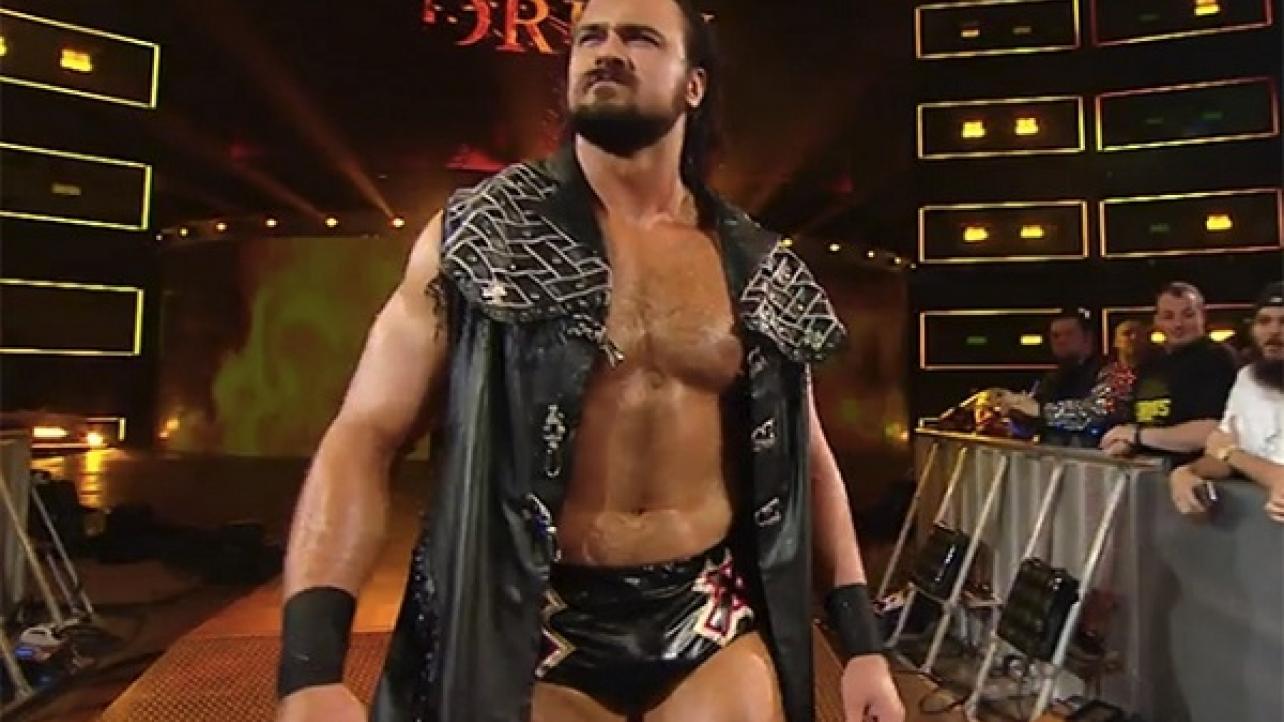 Drew McIntyre recently spoke with the folks from AL.com for an interview about wanting to be the top guy on RAW, how live events differ from TV tapings and whether or not getting back to WWE was his ultimate goal after being released by the company back in 2014. Featured below are some of the highlights from the interview.

On wanting to be the ‘John Cena of RAW’: The goal is become the top person on Raw, the example on Raw, the John Cena, the ultimate workhorse of Raw. Just like Cena used to do, he didn’t have a second place. He was always in competition with himself. He is somebody I can draw inspiration from because I am solely in competition with myself. It’s great with someone like Dolph Ziggler, who’s so talented and has been very start-and-stop over the years, be at a level of focus I’ve never seen him at because I know the great things he can do, and we’re doing them right now. And now we’ve added Braun Strowman, who’s achieved so much in such a short space of time. Hopefully he can learn from Dolph and I’s experience, and the three of us can really take Raw to levels it’s never been before.”

On whether or not getting back to WWE was his main goal after being released in 2014: “I guess initially it was. When I was first gone from WWE, I was on Chris Jericho’s podcast and I said I will be back. I just have to go out and show the world what I can do. As time went on and as I got various opportunities to help various companies grow across the world, I realized that I was really making a difference in sports entertainment in wrestling. In WWE, the name is what sells. There’s very few particular names like a John Cena or Rock who can truly make a difference, and I realized I was making a difference. And as time passed by and I was making a very fortunate living and was fulfilled, I told my wife I didn’t know if I would be back and I was happy. Eventually it came a time when my contract was up with Impact Wrestling, and I had to make a decision.

“I had an opportunity to speak to Triple H, and it took about 30 minutes of catching up. He’d been watching what I was doing and said he was proud of what I’d achieved, which meant the world to me. But more importantly, we started talking about business opportunities, which was pretty cool because the first run, we never had these conversations. I was like boy, I was very immature. We had general chit-chat fun conversations, but never business conversation. Now we were talking as men, businessmen. By the time we were finishing the call, I knew NXT was where I had to be, the next logical step from where I was. I really felt like I could make a difference with NXT and introduce the WWE universe to the new Drew McIntyre before I made the next step to Monday Night Raw.”

On how WWE live events are different than TV tapings: “The live events are more interactive for the fans. With TV, you have the cameras there, commercial breaks where the fans can tell there’s a down moment. At the live events, it’s non-stop. We get to play with the audience, the crowd gets to get involved a little more. It’s a very intimate feel. The fans are truly, truly part of the show at the live events because we can interact with you and not worry about playing to the people at home and the cameras.

“And as you say, a great opportunity to try new things which means sometimes having a bit of fun in the ring that maybe someone as serious as Drew McIntyre might not do on television right now. You might catch me doing a little dance at a live event. When it comes to live events and the complacency factor, that’s something else I watch. I feel like an eagle eye when I watch my fellow talent because I believe in grass roots, putting 100 percent in when the camera is on or not on.”

Check out the complete Drew McIntyre interview at AL.com.