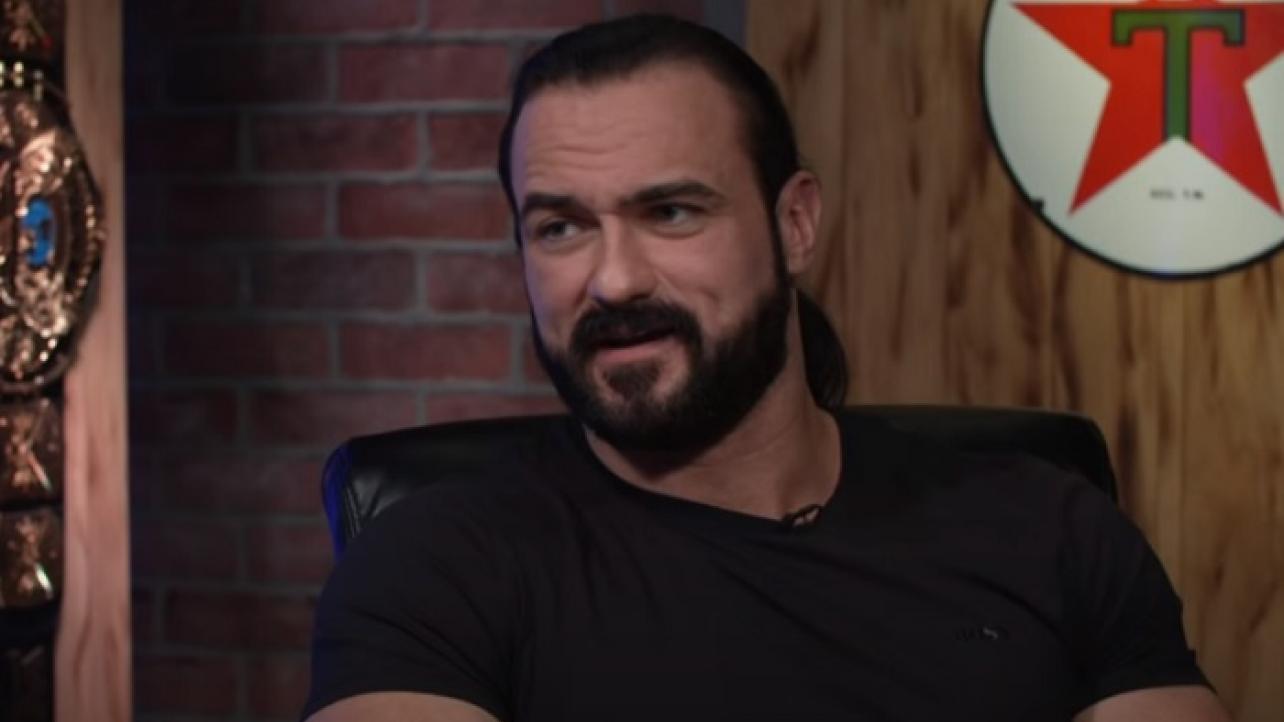 Drew McIntyre continues to make the media rounds ahead of his showdown against Jinder Mahal at this Saturday night’s WWE SummerSlam 2021 pay-per-view.

In a new interview with ET Canada, “The Scottish Warrior” spoke about the Mahal bout, the recipe for a great storyline in WWE and more.

Says he and Jinder are ready to deliver a top notch match at SummerSlam: “Maybe subconsciously I want to make sure, just because of how close we are, we both come out looking as good as possible. But I look at it that way for every single match I’m in. It doesn’t matter who I’m in the ring with, I want to make sure people leave saying, ‘Wow, that was a lot better than I thought it was going to be.’ Hopefully, they go in thinking ‘This is going to be good,’ but for some reason, if they have it in their head — Perhaps like on Monday Night Raw, I was wrestling with Jinder’s associates, Veer and Shanky, who have very limited experience it’s my responsibility to make sure that people watch that match and go, ‘Oh, wow, OK, these guys have got something.’ — We highlight the positives, perhaps hide the negatives a little bit. And with the match with Jinder, I’m excited to show just how much he has grown over the past few years. When he won the title, it was a huge opportunity. I do think he did a good job with it, but it came out of nowhere. And I think that’s why nobody really accepted it to the level of they’ve accepted mine. He’s growing so much in the ring over the years, but also confidence-wise and thinking as a top-level performer-wise. And we’re going to show that for sure on Saturday at Summerslam.”

Reflects on their road back to WWE after being released: “Yeah, just talking about how crazy things are now. Perhaps we make jokes about, ‘If only we had this mindset when we were in 3MB. When we were out partying and drinking and living the gimmick all the time. We’re fake rock stars, but we’re acting like real rock stars out if the ring. If we got our stuff together and started working out and having this positive attitude we have now, it could have been done sooner. But I see it as a journey that happens for a reason. All the ups and downs made us who we are today and we can laugh and joke about it now. But we both are very fortunate, happy, and proud to be able to get to the level where we’re facing each other on this huge show, Summerslam. This is this year’s WrestleMania. It’s going to be wild. Over 40,000 people losing their minds. The fact I’m facing one of my best friends is pretty crazy.”

Road stories with Jinder: “Most of the stuff that we got up to I wish I could forget. It was wild. I guess you do that in your 20s, but yeah, it was just a lot of nights out. A lot of being a kid. A lot of growing up that had to be done and thankfully, during both our times away from WWE, we had a hard look at ourselves in the mirror and knew we had to make some changes. Thankfully, both of us made those positive changes. We encourage people today, listen, ‘Sometimes you are going to make silly mistakes.’ During that time, I was also going through a lot of personal issues. I kind of was at some dark places. I was in, you know, some difficult places. It didn’t even seem there was a light at the end of the tunnel. But I tell everyone out there, trust me, no matter how dire the times get, there’s always a light at the end of the tunnel. You just got to keep believing. You’ve got to keep fighting. You’ve got to cut the negative stuff out of your life. And trust me, you’ll get there.”

Reveals his recipe for a great WWE storyline: “Making it as real as possible. If it’s real to you, if you can invest and if you believe in it, 100 percent it’s going to come across to the fans and they’re going to feel it. That’s always been the case throughout history. No matter how the storyline is, even if it’s not based in reality, I’ll try and find something that is true to me so I can focus on the truth and bring the truth to the story. But if it can be 100 percent legitimate, if we can lean into real stories, if we can make people feel like, ‘Well, I know the rest of it. I don’t know about that, but this is real.’ For example, like John Cena and Roman Reigns last week on the microphone, they’re going at each other hard. They’re hitting each other with lines that perhaps the other person is not expecting because they want to make people think, ‘Oh, my goodness, they’re going off on each other right now. This is real. The rest, I don’t know. But they’re really going at each other for real in that microphone. That’s going to make me more invested in the match, in the story.’ And that’s what it’s all about in the end, is making the fans say, ‘I have to see this.'”